On the heels of President Biden’s abrupt order to U.S. intelligence agencies to investigate the origins of the coronavirus, many scientists reacted positively, reflecting their push in recent weeks for more information about the work of a virus lab in Wuhan, China. But they cautioned against expecting an answer in the three-month time frame of the president’s request.

After long steering clear of the debate, some influential scientists have lately become more open to expressing uncertainties about the origins of the virus. If the two most vocal poles of the argument are natural spillover vs. laboratory leak, these new voices have added a third point of view: a resounding undecided.

“In the beginning, there was a lot of pressure against speaking up, because it was tied to conspiracies and Trump supporters,” said Akiko Iwasaki, an immunologist at Yale University. “There was very little rational discussion going on in the beginning.”

Virologists still largely lean toward the theory that infected animals — perhaps a bat, or another animal raised for food — spread the virus to humans outside of a lab. There is no direct evidence for the “lab leak” theory that Chinese researchers isolated the virus, which then infected a lab worker.

But China’s integral role in a joint inquiry with the World Health Organization made its dismissal of the lab leak theory difficult to accept, Dr. Iwasaki and 17 other scientists argued in the journal Science this month.

“I typically only speak about a topic publicly if I have some new scientific result that makes me confident about a new discovery or conclusion,” said one of the organizers of that letter, Jesse Bloom, who studies the evolution of viruses at the Fred Hutchinson Cancer Research Center. “In the case of SARS-CoV-2 origins, I still am not confident about what happened.”

But “as time went on, it became clear that not saying anything about the origins was being interpreted as agreeing with the idea that the virus definitely originated from a zoonosis,” he said, referring to an animal spillover.

On Wednesday, two weeks after that letter was published, President Biden called on intelligence agencies to “redouble their efforts” and deliver a report to him within 90 days. On Thursday Mr. Biden said he expected to release the report to the public.

While researchers generally welcome a sustained search for answers, some warn that those answers may not arrive any time soon — if ever.

“At the end of this process, I would not be surprised if we did not know much more than we know now,” said W. Ian Lipkin, a virologist at the Mailman School of Public Health at Columbia University who was one of the first U.S. scientists to visit China in early 2020 and consult with public health authorities there. 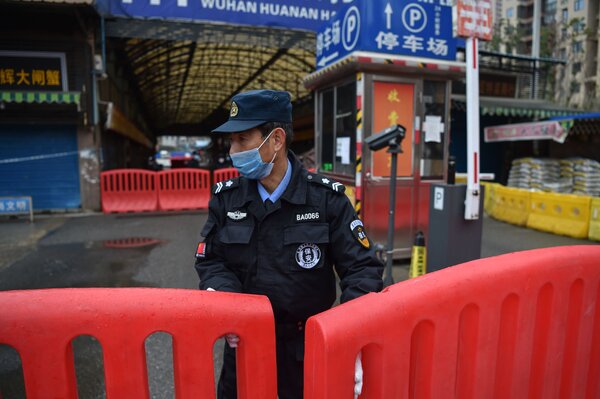 China’s lack of cooperation with the W.H.O. has long fueled suspicions about how the coronavirus, known as SARS-CoV-2, had emerged seemingly from nowhere to seize the world.

In February 2020, the Chinese government agreed to host a scientific mission, but it came under fire from critics because it was constructed as a cooperative study with international experts and Chinese scientists, and the Chinese controlled access to data. In addition, the mission had no mandate to investigate laboratories where research on viruses was conducted.

In early days, speculations even circulated that a Chinese biological warfare program had produced the virus. In March 2020, Dr. Lipkin and colleagues published a letter in which they dismissed that possibility.

“There was no evidence to suggest this had been weaponized,” Dr. Lipkin said. “I haven’t changed my view on that.”

Evolution was more than capable of brewing a new pandemic virus, he and other experts said. Bats and many other animals are hosts to coronaviruses. When an animal is infected by two strains of coronaviruses, they can swap genetic material in a process called recombination.

As scientists find more animal coronaviruses, they can recognize more and more pieces of SARS-CoV-2 spread out among them. Researchers have also been able to reconstruct some of the evolutionary steps by which SARS-CoV-2 evolved into a potential human pathogen while it was still infecting animals.

This pattern is probably one that’s been followed by many viruses that are now major burdens on human health. H.I.V., for example, most likely had its origin in the early 1900s, when hunters in West Africa got infected with viruses that infected chimpanzees and other primates.

But some scientists thought it was too soon to conclude something similar happened in the case of SARS-CoV-2. After all, the coronavirus first came to light in the city of Wuhan, home to the Wuhan Institute of Virology, where researchers study dozens of strains of coronaviruses collected in caves in southern China.

Still, that a top lab studying this family of viruses happens to be located in the same city where the epidemic emerged could very well be a coincidence. Wuhan is an urban center larger than New York City, with a steady flow of visitors from other parts of China. It also has many large markets dealing in wildlife brought from across China and beyond. When wild animals are kept in close quarters, viruses have an opportunity to jump from species to species, sometimes resulting in dangerous recombinations that can lead to new diseases.

That lab’s research began after another coronavirus led to the SARS epidemic in 2002. Researchers soon found relatives of that virus, called SARS-CoV, in bats, as well as civet cats, which are sold in Chinese markets. The discovery opened the eyes of scientists to all the animal coronaviruses with the potential of spilling over the species line and starting a new pandemic.

Virologists can take many measures to reduce the risk of getting infected with the viruses they study. But over the years, some accidents have happened. Researchers have gotten sick, and they’ve infected others with their experimental viruses.

In 2004, for example, a researcher at the National Institute of Virology in Beijing got infected with the coronavirus that causes SARS. She passed it on to others, including her mother, who died from the infection.

In 2020, the origins of the Covid-19 pandemic became a new front in a long-running debate over lab security, one that turns on the question of whether the risks of studying and sometimes manipulating animal viruses outweigh the potential for that work to help guard against future outbreaks.

“This kind of research has been controversial,” said Filippa Lentzos, a biosecurity researcher at King’s College London.

Chinese scientists and government officials have denied that the Covid-19 pandemic was the result of a lab leak. And a number of outside scientists also dismissed the idea.

Robert Garry, a virologist at Tulane Medical School and a co-author of Dr. Lipkin’s letter, observed that Chinese scientists would have to have collected SARS-CoV-2 and then grown it in a colony of cells, but somehow never publish any details of it even as they published reports on other coronaviruses for years.

“It makes no sense to me. Why did they hold onto the virus?” Dr. Garry said.

Other scientists felt that, at the very least, the possibility of a lab leak should be explored. But when Trump administration officials claimed the virus might be a bioweapon, some researchers said, it cast a shadow over the idea of a lab leak.

Those researchers pinned their hopes on a joint inquiry by the W.H.O. and China, even as the Chinese government repeatedly tried to bend the investigation to its advantage.

At the same time, believers in the possibility of a lab leak were trying to prepare the ground for scientists to speak more openly about their misgivings. In a series of open letters, a collection of researchers that became known as the Paris group took pains to express concerns about the joint inquiry and uncertainty over the virus’s origins without overtly selling the lab leak theory.

“I toned down some of the letters myself,” said Nikolai Petrovsky, a professor of medicine at Flinders University in Australia. “The minute we went too far down the path that we think it’s a lab leak, it was just going to be crucified.”

In March 2021, the W.H.O.-China team released a report that dedicated only four out of 313 pages to the possibility of a lab leak, without any substantial data to back up their conclusion that it was highly unlikely.

Dr. Iwasaki and like-minded scientists decided they had to push back with their own letter. “We feel that it’s really time to speak up about it, and get more science behind what’s going on,” she said.

Yet Dr. Iwasaki stressed that she did not see a clear case for a lab leak. “I’m completely open-minded about the possibilities,” she said. “There’s so little evidence for either of these things, that it’s almost like a tossup.”

Marc Lipsitch, an epidemiologist at the Harvard T.H. Chan School of Public Health and co-author of the letter with Dr. Iwasaki, said that it made other scientists more comfortable talking about what they did and did not yet know about the pandemic’s origins. “That’s what we wanted to have happen,” he said.

Speaking recently to the former New York Times journalist Donald McNeil Jr., Dr. Lipkin said he was dismayed to learn of two coronavirus studies from the Wuhan Institute of Virology that had been carried out with only a modest level of safety measures, known as BSL-2.

In an interview with The Times, Dr. Lipkin said this fact wasn’t proof in itself that SARS-CoV-2 spread from the lab. “But it certainly does raise the possibility that must be considered,” he said.

A BSL-2 level of research would also add to the difficulty researchers will face trying to pin down clear evidence that a coronavirus infected the staff. At higher levels of security, staff regularly give blood samples that can be studied later for genetic material from viruses and antibodies against them. There may be no such record for SARS-CoV-2.

A number of researchers remain unpersuaded by the possibility of a lab leak. “This pathway remains the least likely of all for the origin of COVID-19,” said Peter Daszak, a virologist at EcoHealth Alliance who has worked frequently with the Wuhan virologists.

“On the other hand, there is a great deal of evidence that these viruses originate in wildlife, and have previously and repeatedly infected people who are highly exposed to these animals, work in the wildlife trade or in wildlife farms and markets,” Dr. Daszak said.

Earlier this month, Dr. Garry of Tulane argued that the genetic variations in early cases of Covid-19 in Wuhan could be explained by wild animals being brought to animal markets in the city. “If you suppose that the viruses came in through the wildlife trade, then it’s pretty simple and straightforward,” he said.

Even if SARS-CoV-2 jumped from bats or other animals to humans outside of a lab, as Dr. Garry suspects, it will be hard to find airtight proof for that pathway. When animals die, they take their viruses with them.

While scientists have fairly good evidence for how two coronaviruses — the cause of SARS and MERS — jumped from bats to humans, the origins of the other four coronaviruses that infect humans remain a mystery.

Cruise Ships Can Sail Again, With Strict Rules. Here’s What to Know.

Denver's Levitt Pavilion is the perfect post-pandemic concert — The Know