It is not yet clear whether this specific virus poses a serious threat to humans, the researchers stress. The study does not prove that the pneumonia was caused by the virus, which may not be capable of spreading between people. But the finding, which was published on Thursday in the journal Clinical Infectious Diseases, highlights the need to more proactively search for viruses that could jump from animals into humans, the scientists said.

“I think the key message here is that these things are probably happening all over the world, where people come in contact with animals, especially intense contact, and we’re not picking them up,” said Dr. Gregory Gray, an infectious disease epidemiologist at Duke University who is one of the study’s authors. “We should be looking for these things. If we can catch them early and find out that these viruses are successful in the human host, then we can mitigate them before they become a pandemic virus.”

Seven coronaviruses are currently known to infect humans. In addition to SARS-CoV-2, which is the virus that causes Covid-19, there are coronaviruses that cause SARS, MERS and the common cold. Many of these viruses are believed to have originated in bats, but can jump from bats to humans, either directly or after a stopover in another animal host.

Scientists still cannot be certain whether it was a dog that transmitted the new virus to the patient; it likely was a dog, Dr. Gray said, but another, intermediate animal host, including a cat, may have been responsible.

(There is also no evidence that dogs transmit SARS-CoV-2 to humans, although both cats and dogs can catch it.)

The new research began last spring, after the pandemic hit, when Dr. Gray asked Leshan Xiu, a doctoral student, to develop a screening tool that could help them detect all kinds of coronaviruses, not just the ones that scientists already knew about.

Then they used the technique, a variation on the gold-standard P.C.R. test that is commonly used to diagnose Covid, to analyze some old patient specimens. The samples were nasopharyngeal swabs taken from 301 people who had been hospitalized with pneumonia in Sarawak, Malaysia, in 2017 and 2018.

In eight of the specimens, they detected what seemed like a novel coronavirus, similar to those known to infect dogs. These specimens were primarily from children who lived in settings or areas in which contact with domestic and wild animals was common.

At first, Dr. Gray said, he and his colleagues thought that they had made a mistake. “If we examine 300 patients and eight of them show a canine coronavirus that had never been seen before, you go, ‘This must be a contaminant, this must be — this can’t be true,’” he said. 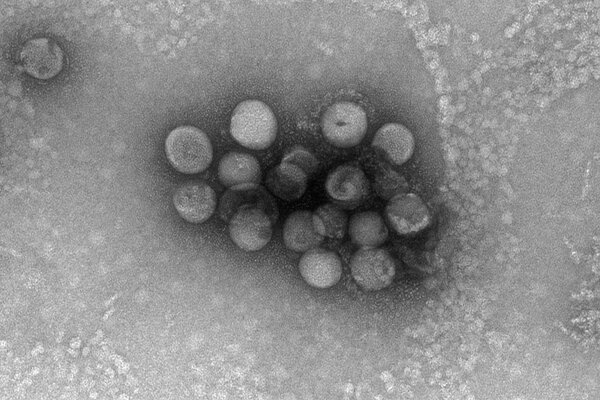 So they sent the samples to Dr. Anastasia Vlasova, a veterinarian and virologist at Ohio State University, for further investigation. Using a slightly less sensitive screening technique, she confirmed that two of the eight samples did appear to contain a novel canine coronavirus. Moreover, one of those samples proved capable of causing damage to canine cells, she found.

Then she assembled the complete genome of the virus from this sample. Its genome closely matched that of other known canine coronaviruses. “It is highly similar to a number of previously characterized canine coronaviruses, but it’s a novel strain,” Dr. Vlasova said.

The virus seemed to be a combination of two previously identified canine coronaviruses, and also contained fragments of both a cat coronavirus and a pig coronavirus. (These recombinant coronaviruses are common in dogs, Dr. Vlasova said.)

It also had an unusual genetic mutation, a deletion in what is commonly known as the N gene, which codes for an important structural protein. This deletion has not been documented in other canine coronaviruses, Dr. Vlasova said, but similar mutations have appeared in the viruses that cause Covid and SARS. “So what does this mean?” Dr. Gray asks. “Well, you know, we don’t know exactly.”

Although much more research is needed, one possibility is that the mutation may help animal coronaviruses to adapt to human hosts, the researchers said.

It is too soon to say whether this virus poses a risk to humans. Researchers have not yet proved that this virus is the cause of the pneumonia that sent patients to the hospital. And they have not yet studied whether people who may contract the virus from animals can spread it to other people.

“We have to be careful, because things show up all the time that don’t become outbreaks,” said John Lednicky, a virologist at the University of Florida who was not an author of the study.

Nevertheless, the study is “extremely important,” he said. “The fact that it’s a coronavirus again once again tells us this is a group of viruses that deserves further study.” He added, “We should take this seriously and look for it, because if we start seeing more cases, that’s when the alarm bells should go off.”

Indeed, one possibility is that coronaviruses may be spreading between humans and other species, including dogs, far more frequently than has been known.

“At this moment we do not really have any reason to believe that this virus is going to be causing a pandemic,” Dr. Vlasova said. “What kind of attention we want to draw to this research is that transmission of coronaviruses from animal sources to humans is probably a very, very, very common event. And up until now it was mostly ignored.”

The findings underscore the need to conduct more targeted, proactive viral surveillance, focusing in particular on the human-animal interface, the researchers said. “We need to shift more toward a ‘one health’ approach of sampling humans who have intense exposure to animals and sampling their animals,” Dr. Gray said. “And where we see a virus that has seemed to be beginning to adapt either way — a human virus, for instance in livestock, a livestock virus in humans — we need to pay attention to that.”

The scientists plan to conduct further research, including studies to see how prevalent the virus may be and whether it is also present in healthy people, Dr. Gray said.

In the meantime, there is no need to fear the family pet, Dr. Lednicky said. “Humans and dogs have been together for a long time,” he said. “We’ve probably been exchanging these viruses; they just weren’t recognized.”