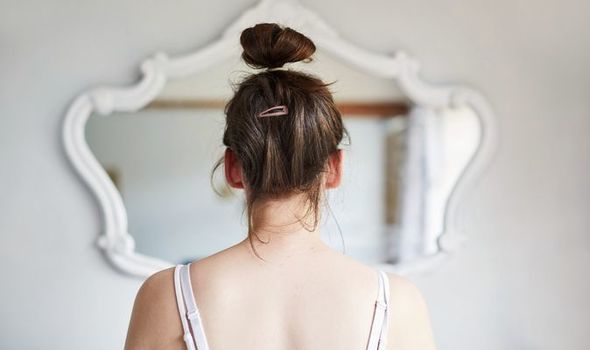 Dr Luke Evans is concerned that people are put under huge pressure to have unattainable body shapes because they are bombarded with digitally tweaked images. He said: “In my role as a GP before becoming an MP, I saw first-hand how unrealistic adverts and images can have a real, tangible and dangerous impact on both men and women, from eating disorders and body confidence issues, to steroid use to bulk up. In instances where an image has been edited for commercial purposes, or where somebody has edited an image they are being paid to post, it is absolutely right that the image should carry a label to alert us to the image having been doctored.”

A spokeswoman for the Mental Health Foundation said they were “delighted” that the Dr Evans is bringing the issue before Parliament. Its own research found one in four (25 percent) of young people aged 18-24 said they felt so stressed by body image and appearance that they had “felt overwhelmed or unable to cope”.

Dr Carolyne Keenan, a chartered member of the British Psychological Society based in Haywards Heath, West Sussex, said the consequences of trying to achieve an impossible body shape could be “catastrophic” and she supported the push for a disclaimer.

She said: “It is an essential thing. [I] think it absolutely has to happen because it’s tantamount to false advertising as far as I’m concerned and it’s so damaging for people of all ages, not just young people.” Dr Keenan warned it is “really damaging” when doctored images are “held up as standards of beauty if people aren’t informed. Don’t pretend that it’s a real life person,” she said.

Conservative Bosworth MP Dr Evans hopes to change the law through a Private Member’s Bill and will present his proposals to the Commons on Wednesday. Just as a television programme which features product placement must display a “P”, he wants all altered images of bodies and body parts to carry a similar disclaimer. He said: “No matter how much you change your diet or how much you exercise, you cannot achieve the ‘goal’ which these edited images are perpetuating.”

According to the charity Beat Eating Disorders, around 1.25million people in the UK have an eating disorder, of which approximately a quarter are male.

An inquiry by the Women and Equalities committee last year reported that “a third of adults feel anxious or depressed about their body image, and nearly half (44 percent) want to see greater diversity in the mainstream media”. It cited NHS studies showing that “57 percent of young men felt pressured by social media to look good, and 23 percent believed there to be a ‘perfect male body.’”

Dave Chawner, who is in his 30s and lives in London and has recovered from anorexia, said: “When I was going through the anorexia it was before people were talking about how pictures are digitally altered. That propagated an unrealistic body image which reduced people’s self-esteem and made a breeding ground for eating disorders.”

Dr Evans said: “Going forward this is about encouraging healthier and more realistic representations of the way we look, without feeling the need to help perpetuate an unrealistic sense of reality, which we know is having a real effect on physical and mental health.”

However, Dr Catherine Talbot, a researcher in cyberpsychology a Bournemouth University, said that while exposure to altered images can result in symptoms including “reduced confidence and increased anxiety,” the evidence suggested that a disclaimer would have little effect.

– If you’re worried about your own or someone else’s health, you can contact Beat, the UK’s eating disorder charity, on 0808 801 0677 or beateatingdisorders.org.uk

Neil Sheehan, Reporter Who Obtained the Pentagon Papers, Dies at 84