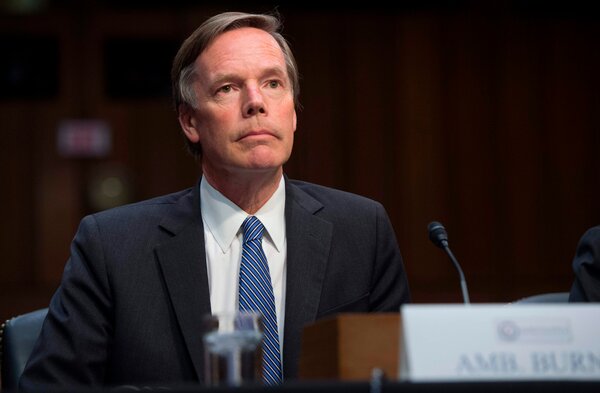 Mr. Biden has also selected Thomas R. Nides, a vice chairman at Morgan Stanley who served as a deputy secretary of state under President Barack Obama, to serve as the ambassador to Israel, those people said.

Rahm Emanuel, the former mayor of Chicago and Mr. Obama’s chief of staff, who developed a close relationship with Mr. Biden when he was vice president, has been selected to serve as ambassador to Japan, the people said. And Ken Salazar, a former senator from Colorado and the interior secretary in the Obama administration, is said to have been chosen as the ambassador to Mexico.

Mr. Biden has been reviewing lists of names for some of the crucial jobs for months and was deeply interested and involved in the selection process, administration officials said. And many of the nominees for coveted ambassadorships were offered the positions weeks or months ago.

But the administration has delayed announcing the picks for several reasons. Instead of revealing the names one at a time, officials are planning to unveil a diverse slate of nominees, people involved in the process said. The administration is hoping to go beyond racial and gender diversity and focus on signaling to career Foreign Service officials that they are valued by whittling down the number of posts given to campaign donors.

Another cause for delay is that many of the people who were selected are still completing time-consuming background checks and financial reviews as part of the rigorous vetting process. The Biden administration had initially hoped to move its first slate of nominees by mid-April, an official said.

A White House official on Wednesday declined to comment on the timing and said that none of the names were final until the administration made an official announcement.