President Biden detailed the economic outlook for the country and his administration’s pathway toward recovery, with a focus on ensuring success for the middle class.

I believe we’re at an inflection point in this country. One of those moments where the decisions were about to make can change, literally change, the trajectory of our nation for years and possibly decades to come. Each inflection point in this nation’s history represents a fundamental choice. I believe that America at this moment is facing such a choice. Are we going to continue with an economy where the overwhelming share of the benefits go to big corporations and the very wealthy? Or are we going to take this moment, right now, to set this country on a new path? One that invests in this nation creates real, sustained economic growth and that benefits everyone, including working people and middle-class folks. That’s something we haven’t realized in this country for decades. Yes, the pandemic has caused a lot of economic problems in the country. But the fact is, our economy faced challenges long before this pandemic struck. Working people were struggling to make it long before the pandemic arrived. Big corporations and the very wealthy were doing very well before the pandemic. That’s why I’ve said starting back in my campaign for president, that it’s not enough to just build back. We have to build back better than before. 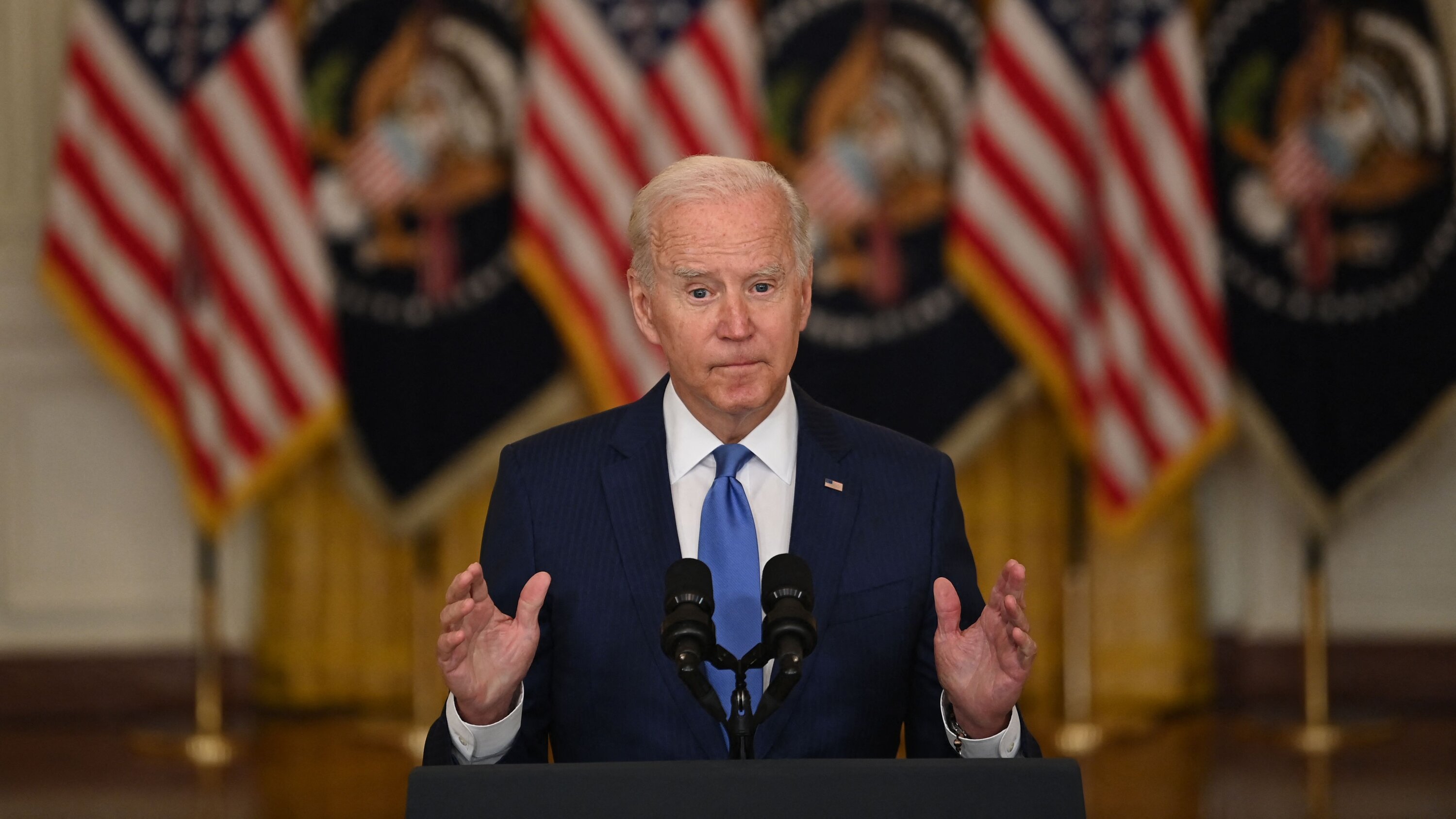 President Biden is set to speak with Democratic leaders on Thursday as lawmakers race to iron out deep divisions over how to structure and finance his $3.5 trillion economic package and stave off a government shutdown at the end of the month.

The joint conversation with Speaker Nancy Pelosi of California and Senator Chuck Schumer of New York, the majority leader, is the latest outreach by the president to congressional Democrats this week, with the success of many of Mr. Biden’s policy priorities hinging on passage of the $3.5 trillion package.

Jen Psaki, the White House press secretary, said that the discussion would focus on advancing Mr. Biden’s economic agenda, largely the social safety net package and the $1 trillion infrastructure package, which has already been approved by the Senate. On Wednesday, Mr. Biden met separately with two key moderates, Senators Joe Manchin III of West Virginia and Kyrsten Sinema of Arizona, who have both expressed reservations about the price tag of the larger plan.

“We’re in the middle of the process so the president knows that he’s going to need to be — he’s eager to be — very engaged directly with senators, directly with leadership to move this forward,” Ms. Psaki said.

Because Democrats are using an arcane budget process, known as reconciliation, to try to pass the $3.5 trillion plan and avoid a Republican filibuster, the party must remain united in the Senate and can only spare three votes in the House. But moderate and conservative Democrats have balked at several elements of the package, and divisions remain between the House and the Senate.

The call comes as Democrats are also coalescing around legislation that would avert a lapse in government funding on Oct. 1 and grant emergency funding to support Afghan refugees and disaster recovery efforts. Democrats are considering a stopgap bill that would extend federal funding through Dec. 3, though details remain in flux.

It also remains unclear whether party leaders will attach a provision that would keep the government from defaulting on its debt. But Senator Mitch McConnell of Kentucky, the minority leader, has warned that he and most Republicans would oppose raising the limit on the Treasury Department’s borrowing ability.

“Our view is this should be bipartisan as it has been in the past,” Ms. Psaki said.