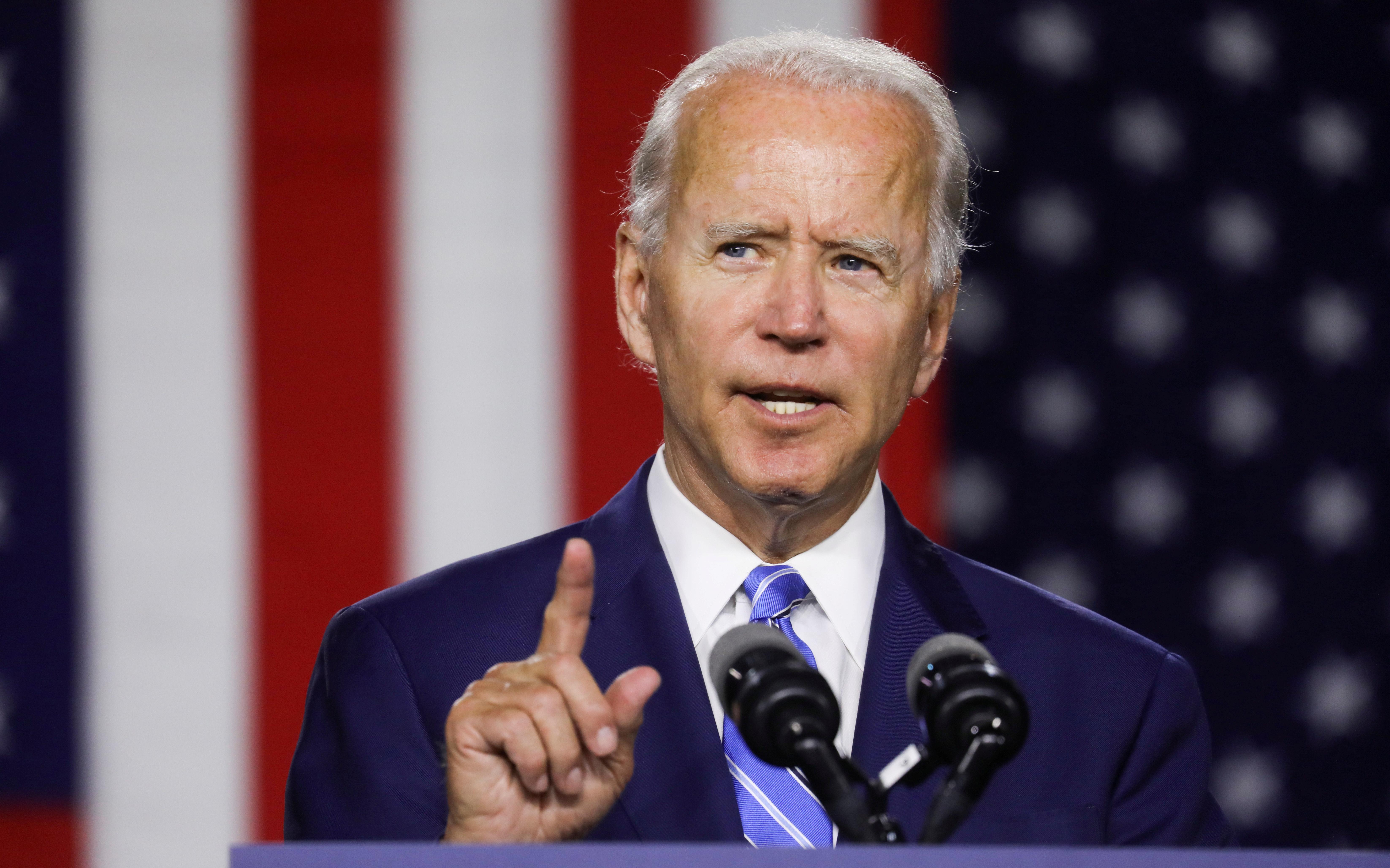 (Reuters) – Democratic presidential candidate Joe Biden will explain how he would address systemic racism and racial economic inequality in a speech on Tuesday, outlining the fourth and final plank of his sweeping plan to revitalize the coronavirus-hit U.S. economy.

At an event in Biden’s hometown of Wilmington, Delaware, the former vice president will again seek to draw a contrast between his vision for economic recovery and what he has criticized as a disastrous response to the pandemic from Republican President Donald Trump, his opponent in the Nov. 3 election.

Months of protests following the police killing of George Floyd, a Black man in Minnesota, have thrust the issue of race to the forefront of the campaign. Biden last week called Trump the first racist to become U.S. president, a statement Trump’s re-election campaign quickly denounced.

Biden unveiled the first three parts of his “Build Back Better” platform in recent speeches that have been among his only in-person events amid the pandemic.

He has laid out proposals to boost manufacturing and innovation, combat climate change by investing trillions of dollars in clean energy and to spend hundreds of billions of dollars to improve access to childcare and elder care.

While some of Biden’s proposals could be achieved through executive orders, the big-ticket items would require legislation to be passed through Congress. That could prove a difficult task if Republicans maintain their hold on the U.S. Senate in November’s elections.

The campaign has not detailed how it would pay for every proposal, though it has said raising the corporate tax rate to 28%, rolling back the Trump tax cuts for the wealthiest Americans and eliminating tax loopholes would cover much of the cost.

Biden, who is expected to announce his running mate selection soon, has been under increasing pressure to pick a Black woman for vice president.

The former vice president is leading Trump in national polls three months before the presidential election.

House of Lords erupts as Frost scolds Adonis in fierce Brexit row: ‘We took back control!’