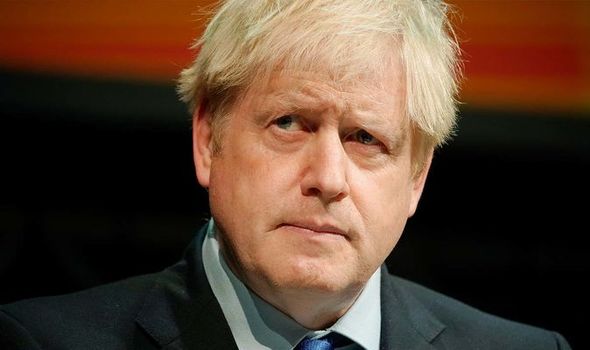 In a question-and-answer session with children at Downing Street yesterday, the Prime Minister said it was “touch and go” whether international targets for cutting greenhouse gas emissions can be agreed.

Mr Johnson said of the UN’s Cop26, which he is hosting: “It’s going to be very, very tough.”

Youngsters quizzed him at a Kids’ Climate Press Conference in the Government media suite at No 9 Downing Street for an hour.

They raised concerns about the threat to wildlife from waste plastic and the environmental benefits of switching to a plant-based diet.

Discussing his hopes that global targets will be set at the Cop26 summit starting on Monday, the PM said: “I think it can be done.

“It’s going to be very, very tough, this summit. I’m very worried, because it might go wrong and we might not get the agreements that we need. It’s touch and go.

“We need as many people as possible to go to net zero so that they are not producing too much carbon dioxide by the middle of the century.” Mr Johnson also criticised Coca-Cola for being one of 12 corporations “producing the over- whelming bulk of the world’s plastics”. He said: “We’ve got to move away from that and we’ve got to find other ways of packaging.”

He also joked that some issues could be solved by “feeding human beings to the animals”. Appearing alongside him was WWF UK’s chief executive Tanya Steele, who said: “We have to reduce, we have to reuse – I do think we need to do a little bit of recycling, PM, and have some system to do so.” Mr Johnson said: “It doesn’t work.”

Recycling Association chief executive Simon Ellin later criticised his remark and said: “It’s very disappointing. I think he has completely lost the plastic plot here.” Later Mr Johnson’s spokesman said: “The Prime Minister was setting out that recycling alone is not the answer.”

Meanwhile the annual greenhouse gas bulletin from the UN’s World Meteorological Organization shows that levels of carbon dioxide – the most important greenhouse gas – in the atmosphere reached 413 parts per million in 2020, 49 per cent above what it was in 1750.

Brexit: UK to set out proposals for Northern Ireland Protocol on Wednesday