The Prime Minister admitted he would not make the remarks now he was Prime Minister as he spoke to an independent review into allegations of Islamophobia and discrimination in the Conservative Party. The report found while there was no evidence of “institutional racism”, anti-Muslim sentiment “remains a problem”.

In an opinion piece for The Daily Telegraph in 2018 when he was a backbench MP, Mr Johnson wrote: “It is absolutely ridiculous that people should choose to go around looking like letter boxes.”

In a further passage he wrote: “If a constituent came to my MP’s surgery with her face obscured, I should feel fully entitled – like Jack Straw – to ask her to remove it so that I could talk to her properly. If a female student turned up at school or at a university lecture looking like a bank robber then ditto.”

He added that the comments were “insensitive to Muslim communities”. 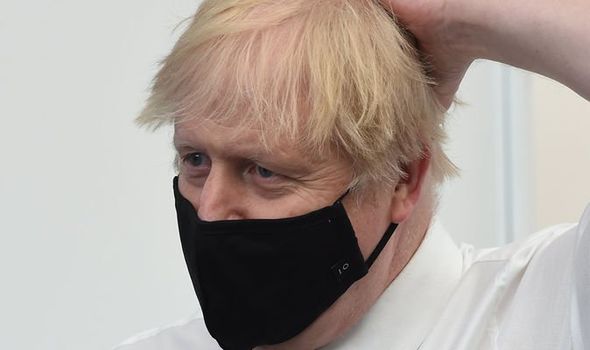 Speaking to Professor Singh for his report on Islamophobia, Mr Johnson said he was “sorry for any offence taken” by his remarks.

He added: “Would I use some of the offending language from my past writings today? Now that I am Prime Minister, I would not.”

The report’s author said it was important care was taken over comments made, regardless of whether a Conservative member was Prime Minister or just a local activist.

He wrote: “While this could be considered leading by example, the investigation would like to emphasise that using measured and appropriate language should not be a requirement solely for senior people, but ought to be expected throughout the Conservative Party.”

In pointed criticism of the Prime Minister, Professor Singh said following the publication of his report: “I’m not saying that the party leadership is insensitive to Muslim communities.

“I’m saying that the perception is very strong.”