Supermarkets in the province have experienced shortages in fresh foods in some areas due to checks on goods travelling from Britain. While the issues have largely been overcome now, British Retail Consortium director Andrew Opie has warned issues are likely to re-emerge in April when a grace period on trade ends.

“If we do not find a workable solution for retailers in the next couple of months we do face significant disruption in Northern Ireland,” he said.

This afternoon the Prime Minister said he believed the issues facing British traders were “teething problems”.

He said the Government was working with businesses in “smoothing” blockages.

But the Conservative leader vowed he would not dither in triggering one of the safety measures of the Northern Ireland Protocol if “serious problems” in supplying supermarkets in Northern Ireland persisted. 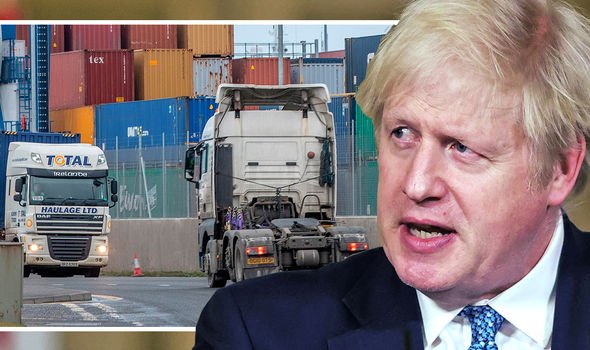 He told a parliamentary committee: “What I can certainly guarantee is that if there are serious problems in victualling or supplying supermarkets in Northern Ireland because of some piece of bureaucracy that’s misapplied then we will simply exercise Article 16 of the protocol.

“It is absurd that there should be such difficulties.”

Article 16 of the Northern Irish protocol, which covers post-Brexit trade between Britain and Northern Ireland, allows the UK to unilaterally rip up red tape and bureaucracy at ports if there are “serious economic, societal or environmental difficulties that are liable to persist”.

Asking Mr Johnson to take action to stop the problems at the border, he listed the problems traders were encountering.

He said: “In my constituency consumers are facing empty supermarket shelves, they can’t get parcels delivered from Great Britain. 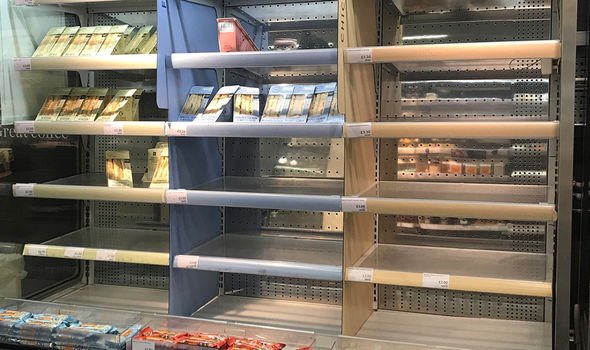 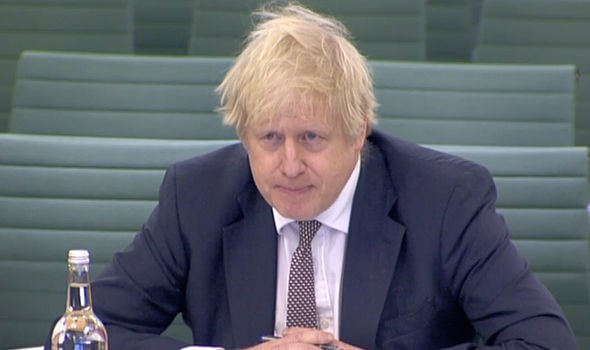 “Small businesses can’t bring in spare parts and raw materials into Northern Ireland from Great Britain, steel importers are facing tariffs, and other problems as a result of the Northern Ireland protocol.”

Last week DUP MP Ian Paisley called on the Government to trigger the procedure immediately to stop the blockages at the border. 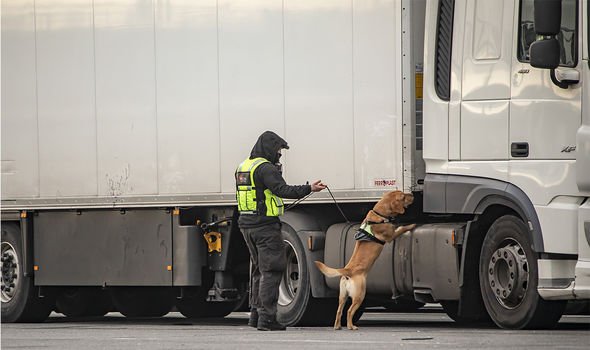 Their demands have been supported by Conservative MP John Redwood.

The Brexiteer wrote on social media: “The Government needs to take urgent action to ensure free movement of goods between Northern Ireland and Great Britain.

“We voted to take control of our own laws, taxes, borders and trade rules for the whole UK. 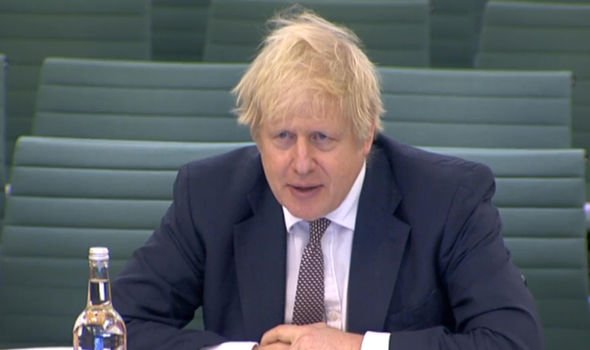 Meanwhile, writing in The Telegraph Baroness Kate Hoey has it was time for the Prime Minister to admit to the damage his trade deal had done to the people of Northern Ireland.

She asked: “What has a law-abiding Northern Ireland citizen done to deserve being treated differently to their fellow citizens in the rest of the country?

“Why did years of terrorist violence against them, and the threats of its return, matter more than voting?

“Why is the Conservative and Unionist Party only Unionist when it is in Opposition?”

Mercedes-AMG GT 4-Door coupe gets a facelift for 2021