Mr Johnson saw off defeat but his majority was slashed from 80 to 24 and more Tories signalled they will vote against Huawei’s involvement in the coming months. Worried MPs fear using Huawei to develop 5G systems will allow China to spy on Britain and sabotage infrastructure. They slammed the government for putting national security at risk by pressing ahead with the plans in the face of opposition from international allies.

Former Tory leader Sir Iain Duncan Smith tried to amend a bill in the Commons to ban Huawei from the system in two years.

Sir Iain said Huawei was “essentially almost completely owned” by Chinese trade unions controlled by the state and warned “security of the realm is the number one priority”.

“The reality is that when it comes to security versus cost, my view is security wins every single time because I worry when we start compromising security,” he added.

“We are genuinely concerned that this country has got itself far too bound into a process in which we are reliant on untrusted vendors and in this particular case, Huawei.” 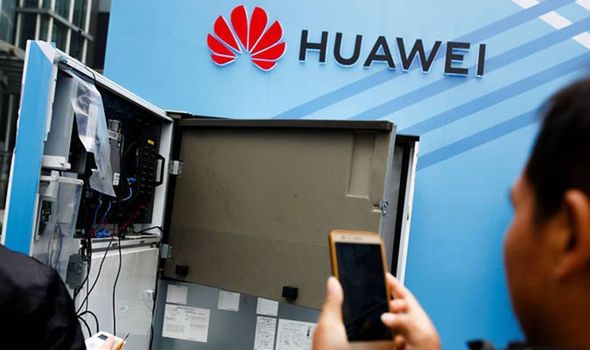 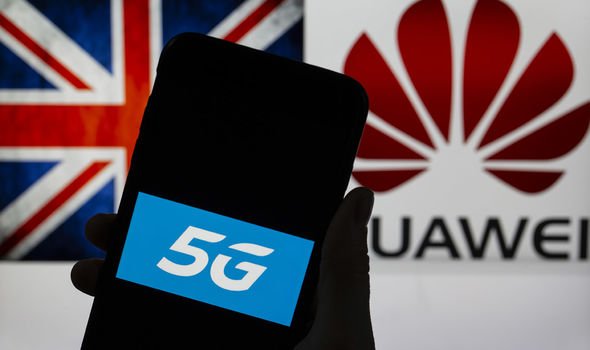 Culture Secretary Oliver Dowden tried to ease fears by insisting the government is “’clear-eyed about the challenges posed by Huawei” and is working to reduce its involvement.

“This idea we must have Huawei because there are no other alternatives is also untrue,” he said.

“The United States is going to get 5G without Huawei because they will not bring that risk into their own national security.”

Huawei is one of the world’s biggest suppliers of telecommunications equipment and is a private company.

But Chinese law means firms can be forced to co-operate with its national intelligence work and critics claim Beijing could force Huawei to spy on people through so-called “back doors” in its telecoms equipment.

Tory former cabinet minister Owen Paterson criticised the government’s plan to limit the company’s involvement to 35 percent of the project as “a bit of a nonsense”.

“It’s like saying prisoners are allowed to build 35 percent of a prison wall.”

Britain’s international allies have blocked Huawei’s involvement in their own telecommunications networks.

US President Donald Trump is said to be furious with the UK over the decision and privately described it as a “betrayal”.

Tory Bob Seely said: “Huawei’s becoming the vehicle by which China through peaceful means seeks to have considerable leverage in the critical national infrastructure of, not only the UK, but any other Western nations who are foolish and unwise enough to agree to let a high-risk vendor – and that’s the Government’s own definition – a high-risk vendor into our critical national infrastructure.”

A No 10 spokesman said the government was “pleased that the bill continues to make progress”.

My 14-day coronavirus self-isolation period is over. Now what?