A poll reveals just 28 per cent of people think any of his potential successors can repeat his success at the ballot box. 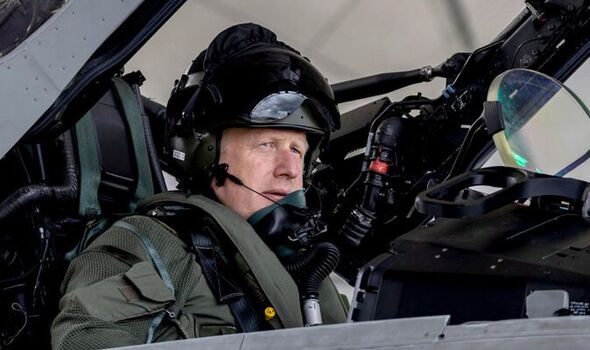 And 45 per cent said the party did not have a potential new leader who could take it to the same heights, shows the research.

It comes as it emerged the Prime Minister took to the skies on Thursday in a Typhoon fighter jet while on a visit to RAF Coningsby in Lincolnshire.

He was there to thank the Quick Reaction Alert force for their constant and vigilant service in protecting the country. Mr Johnson went on a training flight to see for himself the team’s capabilities.

The two-time Mayor of London, who was a leading figure in the successful 2016 Brexit campaign, made history in 2019 when he led the Tories to an 80-seat majority in Parliament.

Analysis of people who voted Conservative at the last general election reveals they are split down the middle as to whether the party has an alternative leader who can match his electoral triumph.

Mr Johnson’s ousting as leader 10 days ago came in the wake of concerns that he had lost his vote-winning gifts, following a string of by-election losses.

However, the polling shows voters think Mr Johnson has been the third best prime minister since Margaret Thatcher. Fifteen per cent of voters thought he was the best PM since the Iron Lady.

This puts him just behind David Cameron (16 per cent) and the most popular former occupant of No10, Tony Blair, on 18 per cent. Mr Johnson is considered a better prime minister than Gordon Brown (12 per cent), and Theresa May (eight per cent). John Major, who took over from Margaret Thatcher in 1990, came in last on just six per cent.

When asked what impact Mr Johnson’s departure would have on the Conservative party, 40 per cent said it would be more united but 36 per cent expect it will be more divided. But there is little sign of worry that his exit as leader makes it more likely the UK will rejoin the European Union. 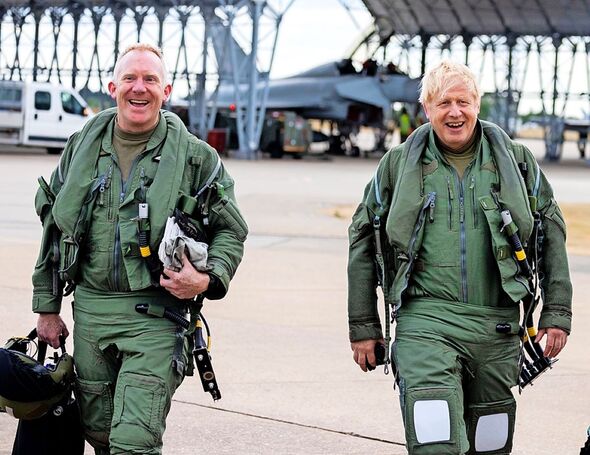 Opposition MPs are unhappy that Mr Johnson is expected to remain in post until early September, when his successor is due to take over. MPs will vote on a no-confidence motion in the Government tomorrow. The Government tabled its own motion after it blocked a bid by Labour to remove Mr Johnson at once.

Labour MP Nick Smith made the case for Mr Johnson leaving Downing Street, saying: “It’s terrible that Boris Johnson is still sitting in No10. The sooner we are shot of him the better – and then we can get onto the real issues that matter, like the cost of living.”

The Liberal Democrats have tabled an amendment to allow MPs to vote to call on Boris Johnson to resign immediately.

Leader Sir Ed Davey has also written to the remaining candidates in the Conser-vative party leadership contest, calling on them to rule out giving Mr Johnson a Cabinet role.

He said: “These Conservative MPs propped Boris Johnson up for months – now they must come clean on whether they’d allow him in their Cabinet.

“Mending our broken politics must be a priority for the next Prime Minister.

“The Conservative Party is so submerged in sleaze that it has been unable to do anything to address the NHS crisis, the transport chaos or the cost of living emergency.

“If the Conservative MPs who want to be Prime Minister are serious about cleaning up politics, they should vote to get rid of Johnson.”