Prime Minister Boris Johnson has been continuing to keep the UK up to date with the battle against coronavirus and the gradual easing of lockdown restrictions. A wealth of businesses have now been allowed to reopen, but strict social distancing rules are still in place.

Today Mr Johnson visited the London Ambulance Service and during his time there urged Britons to wear facemasks as much as possible.

He said: “They have a great deal of value in confined spaces where you’re coming into contact with people you don’t normally meet.

“The scientific evaluation of face coverings and their importance on stopping aerosol droplets, that’s been growing, so I do think that in shops it is very important to wear a face-covering if you’re going to be in a confined space and you want to protect other people and receive protection in turn.”

Currently, in England, it is only compulsory to wear facemasks on public transport and in healthcare facilities – but this could soon change. 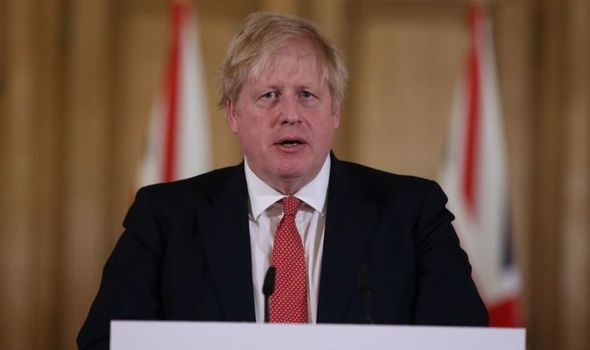 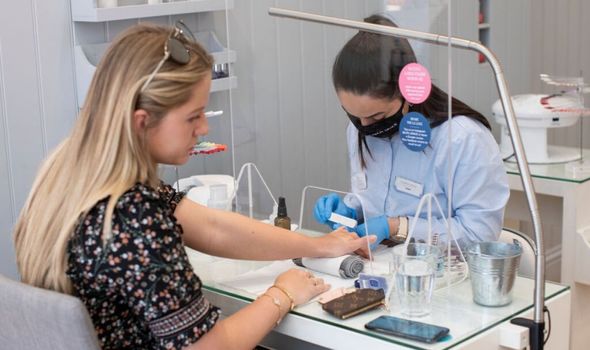 When will Boris Johnson address the nation again?

The Prime Minister had been speaking to the nation frequently as part of the daily coronavirus press conferences, however, these have since ceased.

Press conferences will now only be held if rule changes or important information needs to be delivered to the public.

Mr Johnson could be due to address the UK this week, as an announcement on mandatory face masks for Britons is imminent. 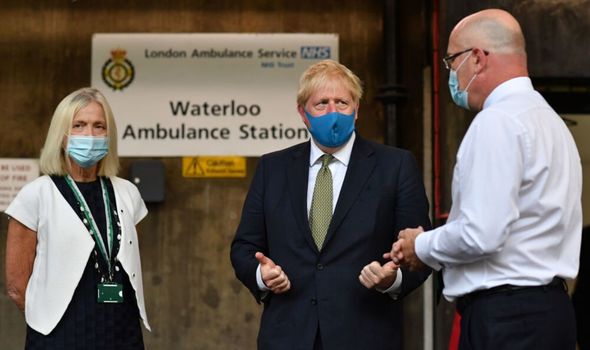 Speaking at his visit to the London Ambulance Service Mr Johnson said he thinks people “should be wearings (face coverings) in shops”.

He added: “In terms of how we do that – whether we will be making that mandatory or not – we will be looking at the guidance, we will be saying a little bit more in the next few days.”

Downing Street said on Monday a formal review was underway after the Government faced calls for transparency.

Labour has called on the Government to address the “confusion” around the use of non-surgical masks “without delay”.

Currently, wearing face masks or coverings is mandatory on public transport across England, and for members of the public visiting hospitals or GPs.

Stricter measures for shoppers in England could bring the nation into line with Scotland, as First Minister Nicola Sturgeon made their use compulsory in shops as of Friday.

The PM, who himself wore a covering during a visit to the London Ambulance Service, said they “have a great deal of value in confined spaces”.

Dr Venki Ramakrishnan, president of the Royal Society, told Good Morning Britain the evidence on face coverings had “shifted” and said the Government should be “very clear” on wearing them. 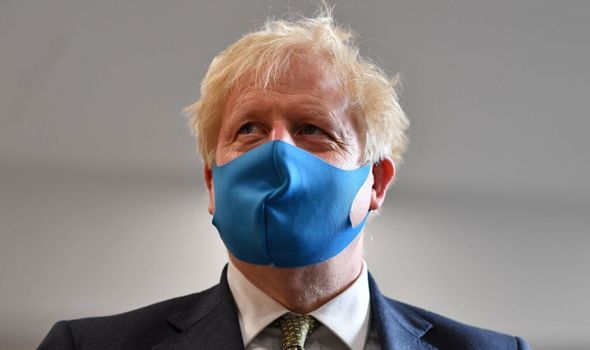 The Scientific Advisory Group for Emergencies (Sage) member said: “It’s (evidence) now quite strongly in favour of using face coverings in enclosed spaces where we’re likely to come into contact with strangers.

“I think that the Government should be very clear. It’s not consistent to make it mandatory on public transport and not make it mandatory in other enclosed and busy public spaces because the behaviour of the virus is the same in all of these spaces.”

After Mr Johnson spoke about face masks, Labour wrote to Health Secretary Matt Hancock calling for him to urgently address the issue amid mixed messages from the Westminster Government.

Cabinet Office minister Michael Gove had said on Sunday it was “best to trust people’s common sense” rather than force them to wear coverings.

Shadow health secretary Jonathan Ashworth wrote: “Conflicting advice and conflicting statements from the Government only hinder our fight against the virus.

“Clear communication is vital in combating the spread of Covid-19.

“For the public to know that they are doing the right thing in shops, restaurants and other crowded places, I am asking that you urgently set out the position on face coverings.

“As lockdown rules are further relaxed this week, it is vital that updated guidance on this issue is published by the Government without delay.”

Factbox: Latest on the spread of coronavirus around the world