A leading French MEP ripped into the EU’s behaviour in the Brexit negogiations in front of Michel Barnier in the European Parliament this morning. Nicolas Bay, a National Rally MEP, took aim at the “contempt Brussels has showed to the British people” during the talks. He went on to celebrate Brexit, as he urged the EU to stop scaremongering about Britain leaving. 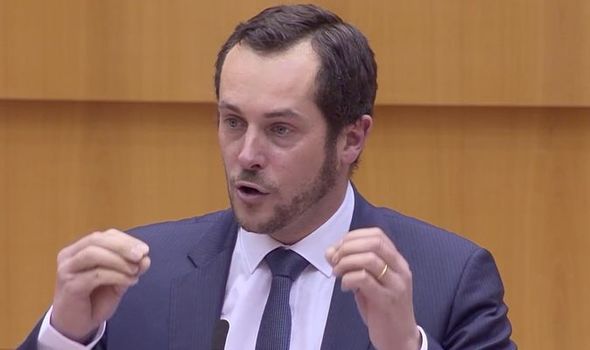 Mr Bay told MEPs that the pressure from Brussels will “turn our parliament into an echo box for decisions taken elsewhere”.

He said: “The original sin was the contempt Brussels showed to the British people when they expressed their vote in an absolute majority in a referendum.

“In the logic of integration in the EU, everything was meant to keep expanding and enlarging.”

Mr Bay accused senior leaders in Brussels of trying to “override the vote taken in 2016”.

Save Over 50% On Selected RevZilla Products, And More Unmissable Deals

How to eat yourself calm by prioritising serotonin-promoting foods