Kwasi Kwarteng tore up a Brussels-imposed cap on bankers’ bonuses to make London the top destination for financial services. He also took an axe to measures introduced by Rishi Sunak as he laid out a resolutely pro-business mini-budget.

Corporation tax will be frozen instead of hiked up by the six per cent planned by the ex-Chancellor.

The recent national insurance increase is being dropped from November in a move that will help employers keep down staffing costs.

New low tax, low regulation investment zones are being created across the country to drive up productivity.

Mr Kwarteng said boosting the private sector is key to improving the lives of individuals.

“In fact, it is businesses that employ most people in this country.

“It is businesses that invest in the products and services we rely on.

“Every additional tax on business is ultimately passed through to families through higher prices, lower pay, or lower returns on savings.” 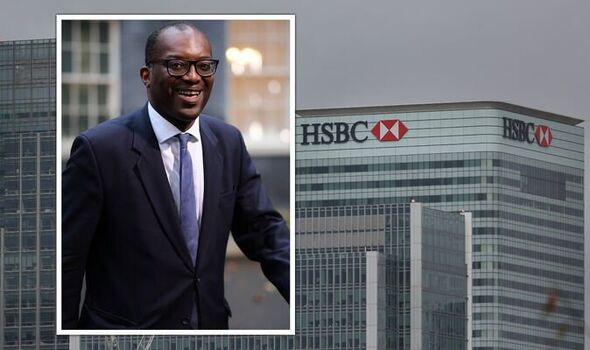 Trade unions attacked the Chancellor for helping the wealthiest by ending the cap on bankers’ bonuses, which limited payouts to twice the rate of their salary.

But Mr Kwarteng said the cap just drove investment to other parts of the world and firms found other ways around it.

He said a strong UK economy has always depended on a strong financial services sector and told MPs he wanted global banks to create jobs in London rather than New York.

“All the bonus cap did was to push up the basic salaries of bankers, or drive activity outside Europe,” Mr Kwarteng said.

“It never capped total remuneration, so let’s not sit here and pretend otherwise. So we’re going to get rid of it.”

A wave of investment zones will be created across England where red tape, such as planning rules, is eased while taxes are lowered.

Ministers are in talks with 38 local authorities about the plans.

Businesses in the zones will be given 100 per cent tax relief on investments in plant and machinery and will have no stamp duty to pay on land purchased for commercial or residential development. 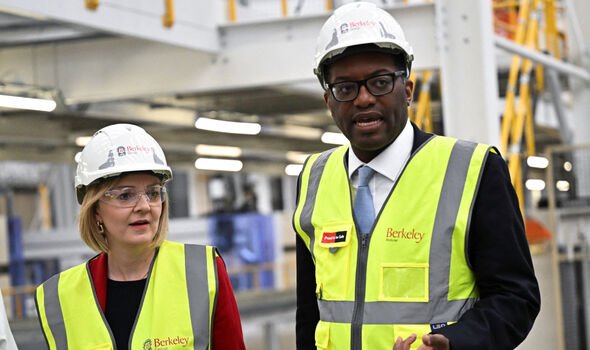 Firms moving into new properties will have their business rates lifted and will have no national insurance to pay on the first £50,000 of any new employees.

Business leaders hailed the mini-budget for being “pro business” and a “boost-up budget”.

Martin McTague, national chair of the Federation of Small Businesses, said: “The Truss Government is off to a flying start.

“The Chancellor has delivered pro-small business measures today and has rightly recognised that removing taxes on jobs, investment and entrepreneurs is essential for our economy.

“Ministers need to be relentless in removing barriers to small business success – especially with the current headwinds. The Government has today signalled its determination to back small firms and we look forward to working with Ministers and departments to put in place measures to help small businesses grow and succeed.”

Shevaun Havilland, director general of the British Chambers of Commerce, said the mini-budget should boost economic growth, relieve cost pressures and encourage investment and said it was a “bold start”.

“The announcement to reverse the increase to National Insurance Contributions is a big win for the British Chambers of Commerce and the business community. This is much needed support for companies during these difficult times.

“Investment Zones could also finally deliver on the Government’s long-standing promise to level up, if the scheme is truly UK-wide.

John Longworth, chair of the Independent Business Network, said: “This is a bold Chancellor and hopefully sets the tone for future changes.

“For this experiment in growth to work the government will need to be determined to incentivise enterprise, investment and productivity improvement. This is a good start but more must follow to create sustainable long term growth.

“Fracking for gas and energy security in general needs to be supercharged as does the developments of nuclear. The cost of living crisis has been created and exacerbated by adherence to Net Zero dogma and we must be realistic about the route to Net Zero.”

“It’s refreshing to hear a Chancellor talk passionately about the importance of economic growth and supply-side reforms, rather than rattling off a string of state spending pledges and higher taxes. Only by bearing down on the amount of tax the state collects across the income spectrum, and reducing the regulatory burden, can we create better conditions for growth.”

David Postings, Chief Executive of UK Finance, said: “We welcome the clear direction and new approach from the chancellor and his strong backing of the financial services sector as being the catalyst for the UK economy.

“The measures announced today are the start of what is needed to unleash the sector’s full strength to deliver economic growth up and down the country.”

Fascinating photo book: Then and now pictures of Route 66