Greater Manchester Police said three men and two women were arrested after reports of an assault on Portland Street at around 4pm. 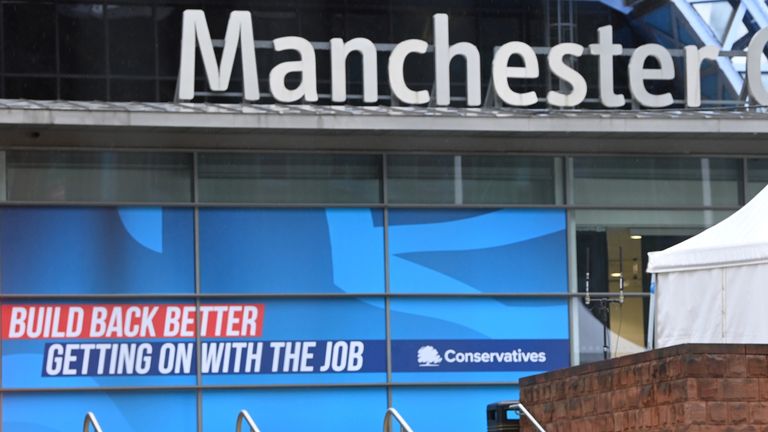 Sir Iain, who appeared on a panel alongside Brexit minister Lord Frost, told the event he was “assaulted by a bunch of protesters” on his journey there.

The ex-cabinet minister said: “I’m glad to be here. I can honestly say that I nearly wasn’t here because I was assaulted by a bunch of protestors on the way here.”

Explaining why he had initially arrived at the fringe meeting before leaving for a few minutes, Sir Iain added: “That’s why the police were dragging me outside the door, I’m afraid.”

And he joked: “Anyway, it’s good to be here – I can genuinely say that more than the others (on the panel)!”

Sir Iain was later heard describing the protesters as “morons” who were “incoherent” and “stupid”.

He was also reported to have been hit on the head with a traffic cone during the incident.

Sir Iain was quoted as telling The Spectator magazine: “They were shouting all along and then they smashed the cone on the back of my head.

“And so I turned and grabbed the cone and looked at them and I took a pace towards them and they backed off.”

Greater Manchester Police said officers were on the scene within three minutes after receiving reports of an assault.

“There aren’t believed to be any serious injuries and, following a short foot-pursuit, three men and two women have been arrested in connection with it, and remain in custody for questioning,” the force said.