Posting an aerial picture of the banner, Barend Leyts tweeted: “Thanks for a very warm welcome.”

But the tweet sparked the fury of Brexiteers who were prompt to remind the Council official that a majority of Cornwall voters chose to leave the EU in 2016.

Others pointed out that despite Brexit, Cornwall, and the rest of the UK, is indeed still “European” as that prescinds from being a member of the EU.

One person said: “We are indeed still European. As are the Swiss.” 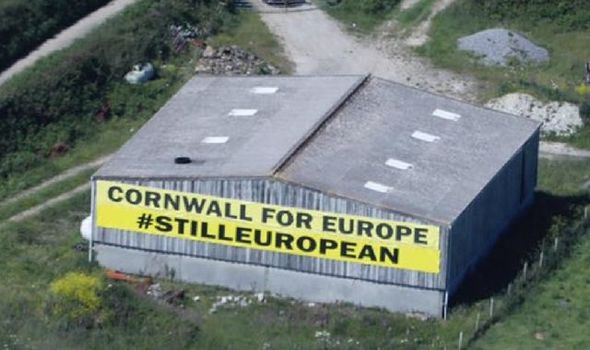 And another: “Yep we are in Europe and are still European. Not unless we have moved geographically and no one told me.”

Someone else joked: “Yes, Cornwall is still in Europe and European.

“They catch on fast there, I see.”

Another one added: “Imagine being the sort of person who thinks because we opted to leave political control (good) we drifted away from geographical Europe into the Atlantic. We are always neighbours. (Also good).” 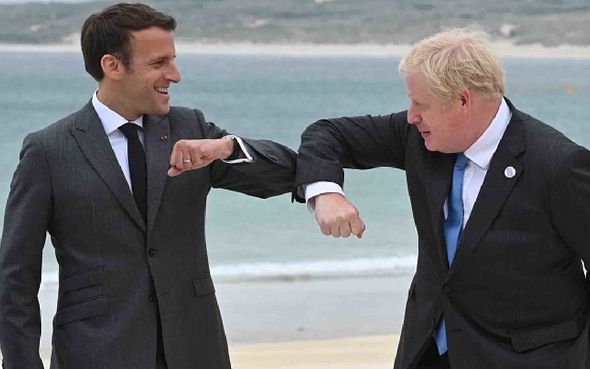 Someone else asked: “What is it with Remoaners that they can’t tell the difference between the continent of Europe and the political union of 27 countries. The EU is not Europe we left the EU, not Europe.”

Others called the stunt “bitter and petty”.

They said: “Talk about bitter and petty. And you wonder why we chose to withdraw?”

Someone else questioned the motive of an EU official in posting such a bitter remark, suggesting it is a sigh Brussels is yet to accept Britons’ choice.

They said: “You have to wonder why an EU representative still seems to feel the need to tweet this? It shows the EU just cannot move on from a democratic vote get over it.” 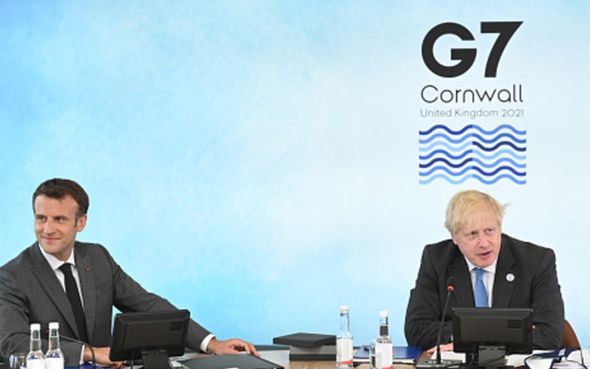 The row came at the end of the G7 Summit in Cornwall.

Brexit remained the most discussed topic at the Summit particularly after French President Emmanuel Macron was reported to suggest that Northern Ireland is not part of the UK.

Foreign Secretary Dominic Raab accused the French President and other senior EU figures of talking about Northern Ireland “as if it was some kind of different country to the UK”.

He described such attitudes as “offensive” and called on the EU to show “respect” as such comments caused deep concern within Northern Ireland.

At his closing news conference, Mr Macron strongly denied that he had ever questioned British sovereignty but insisted the UK must honour the commitments which Mr Johnson signed up to in the Brexit Withdrawal Agreement.

“On this topic, everyone should return to reason, and my wish is we succeed, collectively, to put in motion what we all decided upon together several months ago,” he said.

“We should do it in all calm and with mutual respect, and I think that polemics every morning are not helpful.”

The continuing row over the implementation of the Northern Ireland Protocol in the agreement – intended to protect the peace process by ensuring there is no return to a hard border with the Republic – overshadowed much of the summit.

Mr Johnson repeated his warning that he could unilaterally delay the latest checks on chilled meats moving from Great Britain to Northern Ireland – due to come into force at the end of the month – unless there was a resolution to the dispute.

The EU has previous said that its patience is wearing “very, very thin” and had threatened to launch a trade war unless the UK abides by its treaty obligations.

'Many black communities have poor experiences at hands of police'

‘Certainly NOT!’ UK warned against giving Elgin Marbles to Greece in poll amid US meddling