Scottish MPs have expressed anger over the BBC’s coverage of the late Queen’s death and last journey north of the Border because of the way that Nicola Sturgeon’s independence agenda was “constantly referred to”. The coverage of the Queen’s funeral was supposed to be disconnected from politics with the different parties putting aside their differences during the official period of mourning. It comes as an exclusive poll by Techne UK for Express.co.uk reveals two in 10 voters (21 percent) believe the BBC is politically biased.

One senior Scottish MP said the events surrounding the accession of the new King and the passing of his late mother had “reminded people of how important being part of the United Kingdom is.”

But the MP added: “The only problem has been the BBC. If you listened to its coverage you heard a version of Scotland that comes from the nationalist narrative, Nicola Sturgeon couldn’t have asked for more.

“There were constant references to the independence question and how this might support it.”

A former minister added: “This is supposed to be above politics, it is quite ridiculous.

“There was no debate on the cost of living or the war in Ukraine in the coverage because those are political issues.

“But the BBC did not seem to appreciate that the independence question is also a political issue and a highly contentious one which most Scots don’t support.” 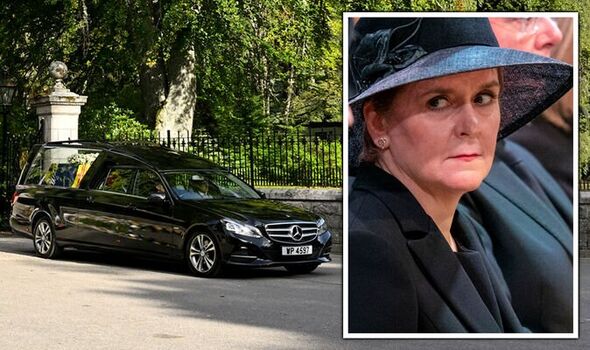 Another pro-UK MP said: “The BBC has just been woeful. Why do they just dance to the nationalists’ tune.”

But the BBC was not alone among the broadcasters to receive the ire of pro-UK Scottish MPs.

One MP switched to Sky News for coverage as the Queen’s body approached Dundee on her way to Edinburgh to lie in state.

The MP said: “To my amazement they had [SNP deputy first minister] John Swinney on but seemed to have allowed him to become a commentator for the event rather than a guest giving his opinions.

“We were subject to his rather narrow and twisted view of Scotland as unchallenged fact rather than opinion which is what it was.” 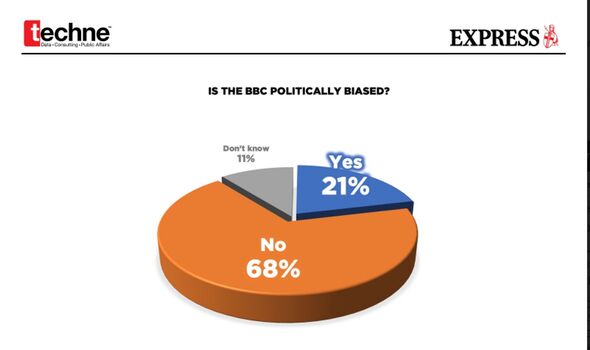 One MP insisted the issue of how big events are covered by the UK media is important.

THey said: “It sets the narrative for Scotland and its place in the United Kingdom.

“There is a real attempt by the nationalists to create a cultural separation and make what happens in Westminster elsewhere irrelevant even though the Houses of Parliament is Scotland’s Parliament as well as Holyrood.”

Express.co.uk asked the BBC for a comment on the allegations but did not receive a response.

However, there was good news for the BBC with a new poll revealing that almost seven in two (68 percent) believing it is not politically biased.

This is despite anger from Conservatives over comments made by comedian Joe Lycet and allegations that it favoured Remain over Leave in the Brexit debate.

Girl, 17, rushed to hospital after being attacked by two men