The MEP retweeted an article about the Brexit Party leader leaving LBC. Mr Verhofstadt said: “One of the few silver linings of Brexit is Farage no longer has a platform to spread his vitriol.”

The tweet prompted a backlash from Brexiteers, with one commenting: “Keep crying those bitter, salty tears Guy.”

Another wrote: “He did what he set out to do, get Brexit. Doubt he’s too worried about appearing on a talk show.

“Free up some time for his return to politics most likely lol. You’ll never get it Guy.”

A third said: “But he still has the backing of the rest of the UK, bye bye EU… You lost, carry on crying.” 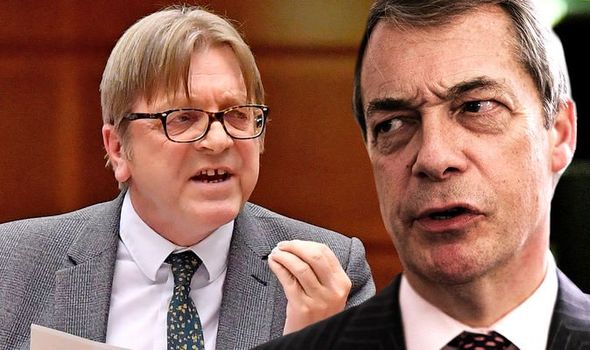 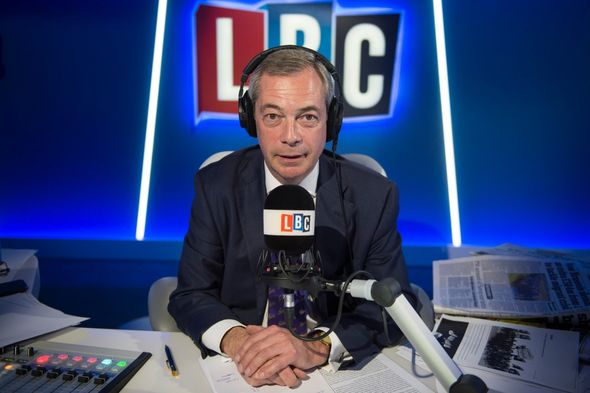 Another commented: “The best silver lining will be watching your organisations decline.”

LBC announced on Thursday that Mr Farage was leaving his show with immediate effect. 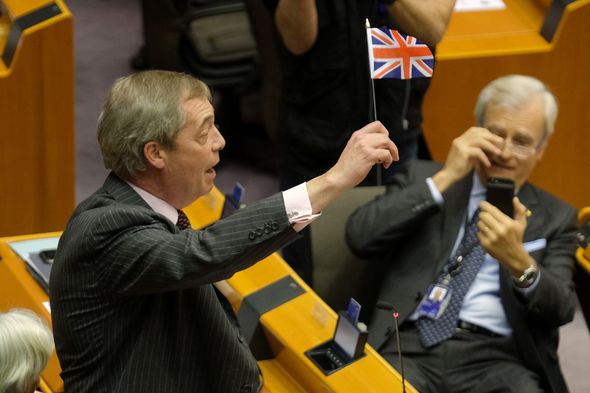 The Brexit Party leader had been a regular presenter on the station since January 2017.

In a statement, LBC said: “Nigel Farage’s contract with LBC is up very shortly and, following discussions with him, Nigel is stepping down from LBC with immediate effect.

“We thank Nigel for the enormous contribution he has made to LBC and wish him well.”

The Nigel Farage Show was broadcast on LBC five days a week.

Mr Farage presented the show Monday to Thursday from 6pm to 7pm and on Sunday from 10am to 12pm.

Mr Farage has courted controversy as a politician and a presenter over the years.

Speaking on talkRADIO this morning, Mr Farage said: “We’ve been in negotiations for some time, but as often with things in life it happened rather suddenly.

“And I’ve got no wish to comment about it, I’ve no wish to display sour grapes.”

In reference to his 2010 plane crash, he added: “Compared to climbing out of a light aircraft, that’s just crashed to the ground in 2010, it’s pretty small beer.”

'Sorry is not enough', Caribbean says of British apologies for slavery