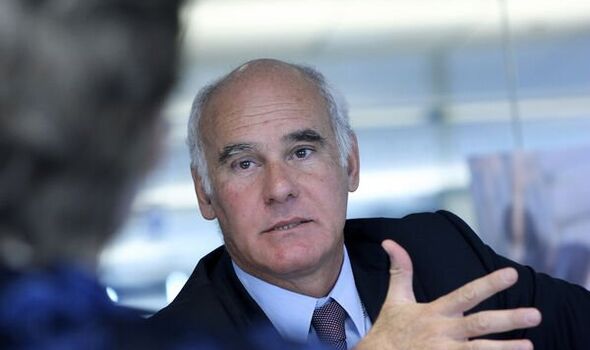 The EU’s ambassador to the UK warned the bloc will retaliate if the government tears up part of the exit deal without its say so.

Joao Vale de Almeida insisted the EU wants to hold “talks” but will not enter into “negotiations” to change the settlement.

Speaking to reporters in Parliament, he warned that “action calls for reaction” if the UK did go down the route of unilaterally tearing up parts of the deal.

Mr Vale de Almeida said the EU “cannot renegotiate” the Northern Ireland Protocol and said the ink was “hardly dry” on the agreement.

Foreign Secretary Liz Truss has set out plans for legislation to amend the protocol to address concerns about the implementation of the deal.

The Prime Minister insisted of his plans for the protocol, “we don’t want to nix it, we want to fix it”.

But the ambassador said: “It’s not very reassuring if you go into a negotiation where you are presented with two options – either renegotiation or unilateral action to override the treaty.

“This is not the best way to fix, this is rather a way maybe to nix.

“So if we want to fix it, which is what we want and I understand this is what the Government wants as well, we need to create a better atmosphere.”

Mr Vale de Almeida said there was little prospect of the EU’s member states agreeing a mandate to rewrite the protocol.

“We were told that we should get a new mandate but I can tell you very clearly what the member states are telling us is very simple: You don’t need a mandate and even if you ask for one, you will not get it.”

The diplomat called for “creativity” to find a solution to the problems but said there was a lack of trust between the two sides and there was little sign of a “happy ending” in the protocol saga.

Conservative MP Tom Hunt said: “I find it a bit ironic that he says creativity is needed on both sides but there doesn’t seem to be any creativity or outside the box thinking from their side about how they can try and make this work.”

A Downing Street spokesman said: “The Foreign Secretary has been clear that the measures that are currently on the table won’t address the problems that now exist on the ground in Northern Ireland, which is why we need to find new solutions, but we remain committed to try and to reach a negotiated settlement.”