The House of Commons told MPs to avoid having “distracting backgrounds” when they appeared on camera via video link for Wednesday’s PMQs. But SNP Westminster leader Ian Blackford’s background appeared packed with various different objects, including three clocks, signed footballs and artwork.

While former Health Secretary Jeremy Hunt opted for a lamp and bunch of flowers as his background and Tory MP Peter Bone chose a completely blank white wall for his background.

Others joked they were distracted by patterned curtains in the background of Tory MP Chris Grayling.

He also had a poster celebrating Hibernian’s historic cup triumph against Rangers in the background. 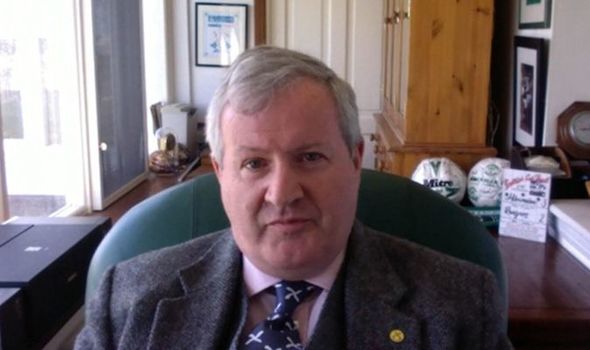 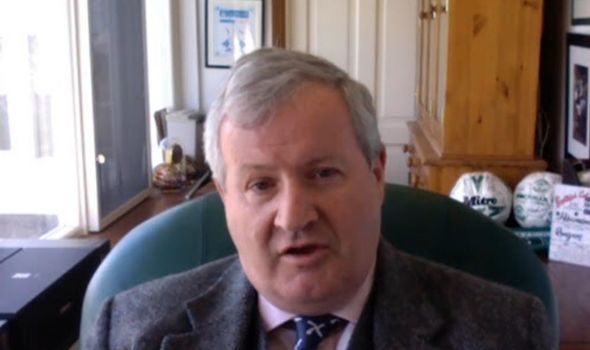 Beth Desmond posted on Twitter: “MPs were told not to have any distracting backgrounds, so Ian Blackford went with three clocks, two signed footballs, a card and three works of art.”

A House of Commons spokesman told Express.co.uk how members were issued with guidance to “reduce glare” and “distracting backgrounds”. 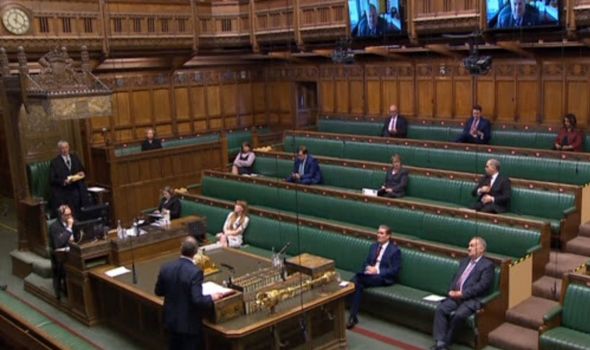 They were also told to not have a door behind them in case “anyone inadvertently walks into the room during a video call”.

A spokesman said: “Members have been issued with guidance on how to participate in hybrid proceedings, including advice on appropriate surroundings.

“The reason for this advice is to reduce glare or distracting backgrounds. It also advises not having a door behind them, in case anyone inadvertently walks into the room during a video call.” 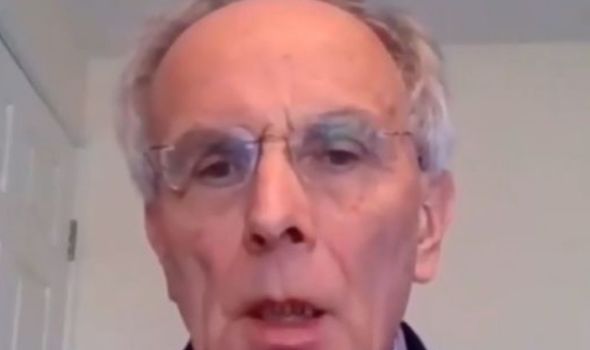 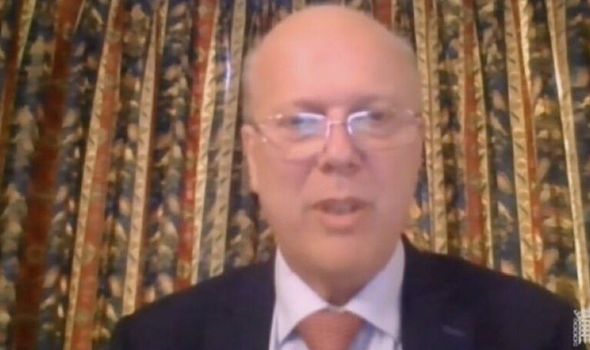 Mr Raab, who is deputising for the PM as he recovers from COVID-19, and Sir Keir were in the House of Commons chamber on Wednesday among up to 50 MPs permitted to attend while obeying social distancing rules. 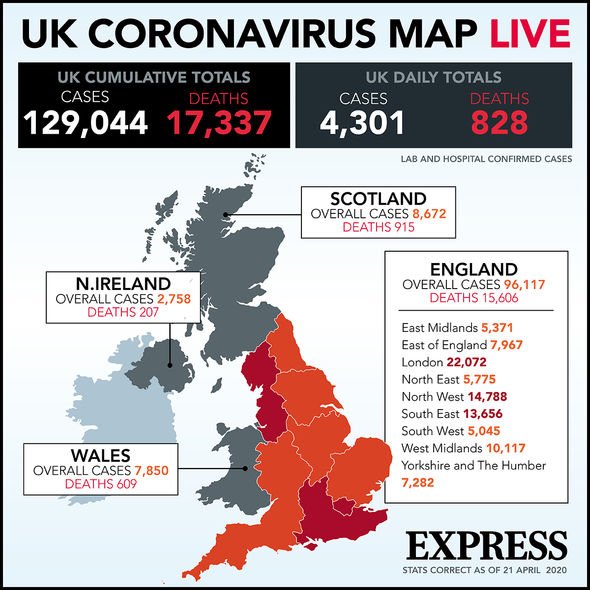 While some 120 more took part remotely through the Zoom video-conferencing platform in the first PMQs since Parliament rose early a month ago because of the crisis.

During yesterday’s PMQs Mr Blackford pressed Mr Raab to support a universal basic income scheme after warning “thousands” of businesses and individuals have found themselves with “no income, with no support and no end in sight, all because of arbitrary cut-off dates and bureaucratic barriers imposed by the UK Government”.

He warned “people are being left behind” and insisted a universal scheme would “put cash in people’s pockets” and help the economic recovery.

Mr Blackford asked: “Can the First Secretary of State give us a straight answer today – does he support this proposal or does he reject it?”

Mr Raab replied: “I do not agree with his point on universal income.”

Colorado lawmakers’ return to the Capitol unclear amid pandemic

Fight over next coronavirus aid bill kicks into high gear in U.S. Congress