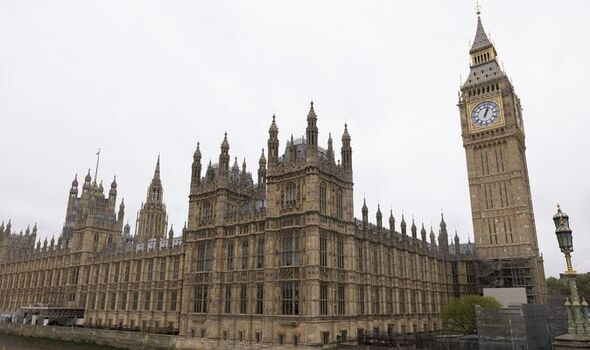 They say safety will be put at risk because they will be forced to work in “a building site”. The row puts unions representing 3,000 staff, including researchers, librarians and caterers, at odds with Parliamentary authorities, led by Speaker Lindsay Hoyle.

The House of Commons Commission, chaired by the Speaker, and its equivalent body in the House of Lords, have ordered a rethink of plans to move MPs out of Parliament while crumbling historic buildings are repaired.

They told officials to work on plans which allow MPs and staff to remain in existing buildings. One option is to hold Commons debates in the House of Lords Chamber, with the Lords using a nearby convention centre.

Trade unions expressed their anger in a statement to MPs, saying: “We believe that the ongoing viability of the Palace of Westminster as a safe workplace is at stake.”

They said abandoning plans to move out of Parliament would “delay an already stagnating project still further, at enormous expense to the public purse and to the possible detriment of the safety of current users of the parliamentary estate.”

And in a dig at MPs, unions complained: “Much of the debate around restoration and renewal has focused on the views of current Members on the single issue of the Commons Chamber. The top priority must be the safety of all people working in and visiting the building.”

The comments were made by Trade Union Sides, a body which co-ordinates the work of four trade unions. These are Prospect, the FDA, the Public and Commercial Services Union and the GMB.

The most recent estimates from the Houses of Parliament Restoration and Renewal “Sponsor Body”, a department set up to oversee the work, shows that leaving Parliament while repairs are carried out would cost between £7 billion and £13 billion, and repairs could take up to 28 years.

If MPs instead remain in Parliament and hold debates in the House of Lords then repairs could take up to 35 years and cost a maximum of £18.5 billion. Officials are also considering the option of MPs continuing to use the Commons Chamber and enjoying slightly longer summer breaks, allowing repairs to be carried out while they are away. This would push costs up further, with £22 billion the highest estimate, and the whole process would take between 46 and 76 years.

Although remaining in Parliament will ultimately cost more, it would have the advantage of spreading the costs out over a much longer period, potentially reducing public criticism of the massive sums involved.

Unions are also opposed to plans to create a new body to oversee the work, which they say will be subject to political control.

Garry Graham, Deputy General Secretary of Trade Union Prospect, said: “Staff are growing increasingly frustrated and anxious about repeated political meddling in a project that has already suffered inordinate delays, bringing with them increasing risks to MPs, staff and visitors and vast expenditure of public money on patching up the decaying Palace of Westminster.”

He said: “Politicians must be transparent about their rationale for seeking to regain control over the project, explain why their current proposal will not increase the costs to the taxpayer, and reassure staff that a full decant – found by multiple independent studies to be the safest and most cost-effective choice – remains the preferred option for the works.”

The Commons Commission says health and safety is a “primary commitment”. A source said that decisions over the future of the restoration and renewal programme are ultimately for MPs and members of the House of Lords, who act as custodians for the Palace on behalf of the entire nation.

Most of the buildings that make up the Houses of Parliament were built between 1840 and 1876 and are urgently in need of repairs. Heating, ventilation, water, drainage and electrical systems are antiquated, asbestos needs to be removed and improvements to fire safety are required.

There is also extensive decay to the stonework, roofs are leaking and gutters and downpipes are corroded.

Last week, Parliamentary authorities warned MPs about the risk of “falling masonry.” It was reported that an email to MPs said: “Following a survey of the north facade of Westminster Hall, the area has been identified as degrading at a faster rate than expected with a risk of stone fall identified. Additional safety measures have been put in place.”

The original refurbishment plans involved moving MPs out and building a temporary Commons Chamber at Richmond House in Whitehall, previously the headquarters of the Department of Health.

Tesla's Giga Berlin May Not Be Open, But It's Producing Model Ys

Amid rising cases, the C.D.C. director warns the U.S. is at ‘another pivotal point’ in the pandemic.