Boris Johnson: Conservatives 'want him to come back' says Nelson

Polling by Ipsos shows 40 per cent of Tory voters want the Prime Minister to be given a peerage, with just 32 per cent opposed. 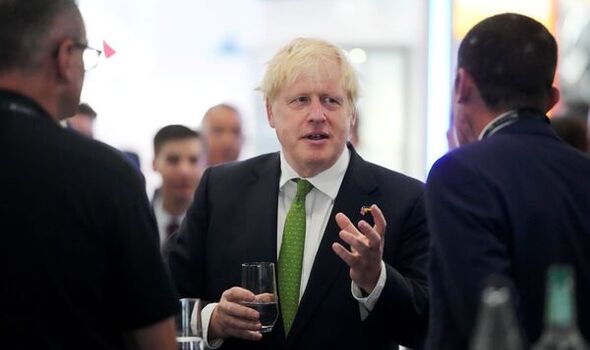 The research is the latest evidence that Mr Johnson continues to command significant support among grassroots Conservatives, despite Tory MPs’ decision to force him out.

A Conservative MP said: “The members think that we have gone bonkers. It’s madness – collective madness.”

A Government source wants to see Mr Johnson honoured with a place on the red benches, saying: “Definitely. Boris delivered Brexit. He’s taken us through Covid.

“People have gone into the House of Lords who have done far less. I would definitely support him getting a peerage.”

Former Welsh Secretary David Jones said that he is receiving “so much mail” from constituents saying they are “very, very sorry” Mr Johnson will soon leave No10.

A red wall Conservative voiced anger at MPs from the 2019 intake who had turned against the PM and predicted they would struggle to hold on to their seats, saying: “They are toast.” Dudley North Conservative MP Marco Longhi is looking forward to seeing Mr Johnson pursue his post-prime ministerial career.

He said: “He is dropping a lot of hints that his time in politics is not done. I think it would be unkind of us to actually ask him to spell [his plans] out now…

“And whatever he decides to do, he will have my backing.”

Despite the enduring support for Mr Johnson in Conservative ranks, the wider public is less enthusiastic about him entering the Lords. Just 28 per cent support him getting a peerage, while 44 per cent are opposed.

Seven former PMs have entered the House of Lords during the reign of Queen Elizabeth II, the most recent being Lady Thatcher in 1992.

Joe Gorga cared. And has gone too soon.

Covid 19 coronavirus Sydney: Ron Brierley’s sentencing may be delayed due to outbreak

New coronavirus mutant raises concerns in India and beyond