WASHINGTON (Reuters) – The temporary fences that separated protesters from the White House have come down. But its occupant, President Donald Trump, appears to be more isolated than ever. 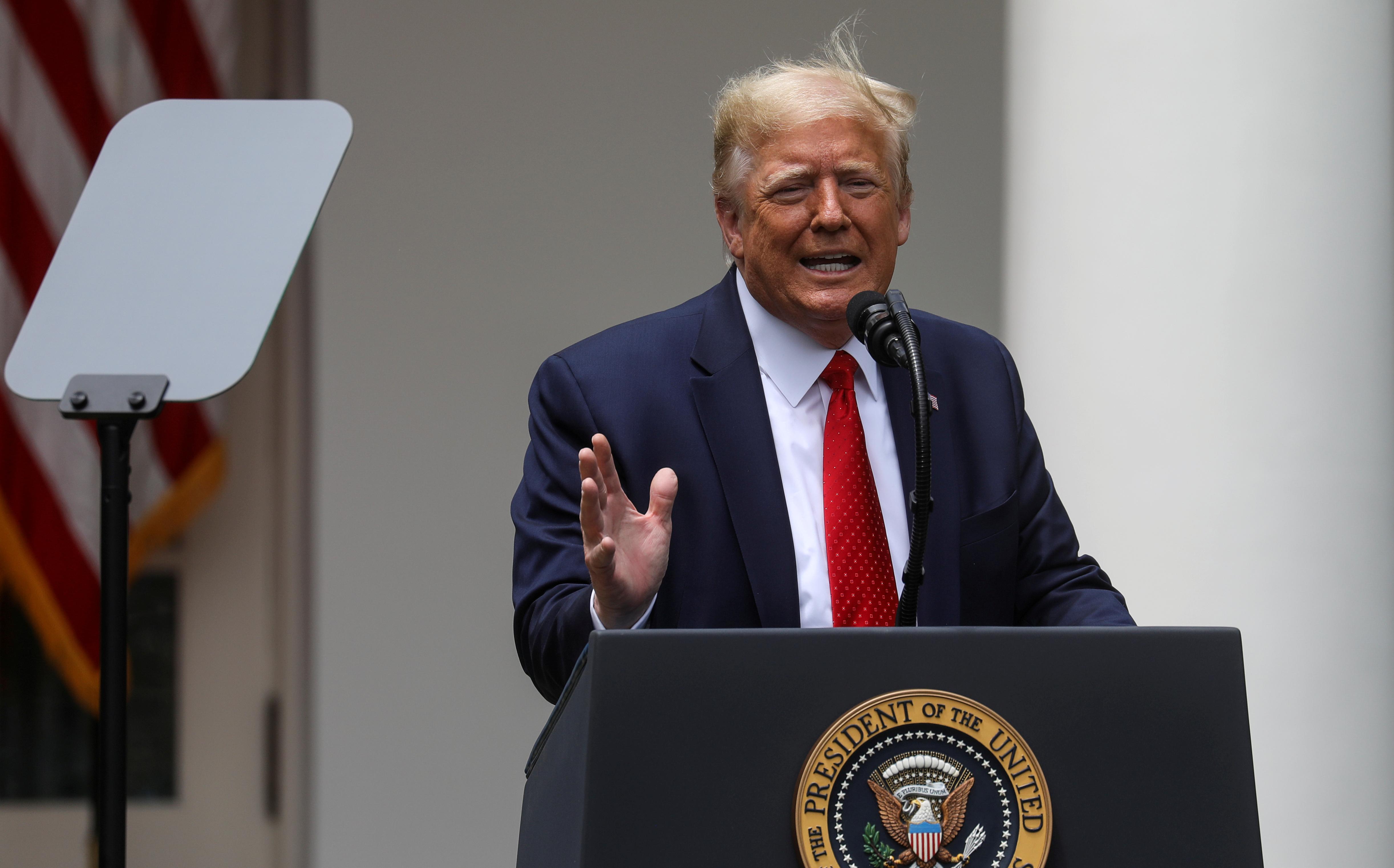 Recent opinion surveys, including a poll from Reuters/Ipsos this week, continue to show Trump trailing Democratic challenger Joe Biden significantly with just over four months until the Nov. 3 election.

But more revealingly, they show a president increasingly disconnected from the American electorate whose views have changed rapidly following the May 25 death of George Floyd, an unarmed black man, while in Minneapolis police custody.

The lightning-quick shift in public opinion has caused the National Football League and NASCAR to embrace athletes protesting racial injustice, and some companies to rename brands criticized for racial stereotypes, such as PepsiCo Inc’s (PEP.O) Aunt Jemima pancake mix and syrup.

Trump takes the less-popular side of issues that Americans right now say matter, such as the coronavirus pandemic and police reform, according to an analysis of Reuters/Ipsos polling data since March.

It also shows him steadily bleeding support among a broad swath of voters, even ones that have been most loyal to him such as rural Americans and white evangelicals.

Biden now has a 13-point lead over Trump, the biggest recorded by the Reuters/Ipsos poll since Democrats began their state nominating contests earlier this year, powered by substantial gains among suburban residents, independents and high-income earners.

Even traditionally Republican-leaning groups – men, white suburban women and those older than 55 – have recently flipped for Biden, the polling analysis shows. Trump led elderly voters until May.

“He does need to be more open to (the) legitimate concerns that a lot of minorities and African Americans are facing,” one official said, asking not to be named to speak freely.

Trump’s supporters said there was plenty of time to turn things around, and a likely economic rebound would bolster his re-election bid just in time for November.

Record upside surprises in U.S. economic data in recent weeks have raised expectations for a “V” shaped recovery from the COVID-19 recession that sent unemployment soaring.

But Trump’s apparent reluctance to try to unite a country convulsed by multiple crises, instead endearing himself further to his base of hardcore supporters, would leave him with the economy as his last saving grace, experts say.

In one silver lining for the president, 43% of registered voters in the latest Reuters/Ipsos poll said they thought Trump would be a better steward of the economy than Biden, while 38% said Biden would be better.

“His continued focus on his base is costing him among a handful of moderate Republicans and independents,” said John Geer, a political science professor at Vanderbilt University who reviewed the polling data. “If this trend continues, this election could end up being very lopsided against the incumbent.”

The Trump campaign did not respond to the poll findings. But Trump has insisted on Twitter he is aligned with the nation’s values, saying his supporters are part of a “silent majority” – a phrase used by Republican President Richard Nixon 50 years ago during a similar period of social unrest.

The numbers tell a different story.

While polls show nearly two thirds of respondents sympathize with the protesters over police brutality, Trump has openly flirted with deploying the military to “dominate” them. Earlier this month, police in Washington forcibly removed peaceful protesters so that Trump could pose for photographs in front of a church near the White House.

None of those measures were included in a police reform measure Trump signed this week.

Trump dismissed the threat of the coronavirus early on, and sparred with state governors as they tried to slow its spread. He will resume his signature rallies on Saturday in Tulsa, Oklahoma, as new COVID-19 cases are spiking in the state and 76% of Americans remain concerned about the spread of the novel coronavirus, according to the latest Reuters/Ipsos poll.

Trump has always walked the razor’s edge as a candidate. “His presidency has never been in tune with majority opinion in this country,” Geer said.

But Trump was able to position himself in 2016 as an anti-establishment insurgent, stoking the fears of white working-class voters about jobs leaving the country and an influx of immigrants. That helped him win the state-based Electoral College count, which determines the presidency, even though he lost the popular vote.

Trump’s long-standing pledge to crack down on immigration has been pushed off center stage, however, as the coronavirus and the economy became chief concerns. Even among Republicans, only 8% say immigration is their top concern in the latest poll, a big drop from January 2019, when 34% of Republicans listed it as the most important problem facing the country.

Analysts also say that kind of grievance-centered politics geared toward white Americans may have lost relevance amid a reckoning over the injustices faced by African Americans – and that as president, Trump has struggled to find others to blame for the state of the nation.

Between April and June, Trump’s approval rating among white evangelicals dropped 11 percentage points. Approval among rural voters tumbled 14 points over the past month, with more than half saying they are sympathetic to the Black Lives Matter protesters.

Alex Conant, a Republican strategist, said that the party was bracing for a “very bad” year in 2020, with Trump’s poll numbers affecting other key races in the Senate and down the ballot. But he added that November was not a foregone conclusion.

“Five months is a long time in politics,” he said.

Graphic – Turning away from Trump: here

More than a million Americans have been tested for the novel coronavirus: Trump

Nissan could look at shutting Barcelona plant, no decision made: sources

Denmark to ease restrictions next week after coronavirus lockdown