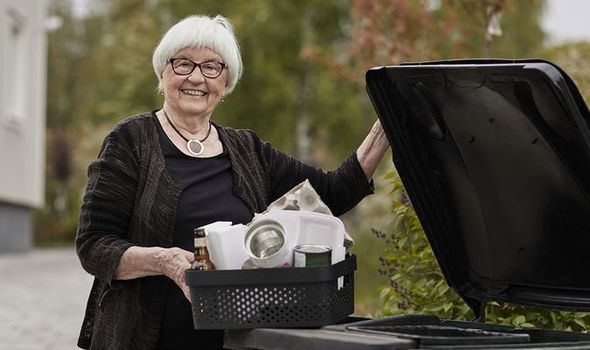 Nearly three-quarters ‑ 74 percent ‑ of the 1,000 members of pressure group SilverVoices agreed the world is facing a green emergency. And 76 percent say they will act to reduce their carbon footprints, subject to clear government guidance.

Silver Voices last night said its poll dispelled the myth that older people are not interested in saving the planet.

Four out of five members want the group to issue a public policy statement in the run-up to the COP26 environment summit. And 76 percent of those polled recognise “a responsibility to future generations”.

Director Dennis Reed said: “This survey nails the misconception older people are not interested in the climate change debate as they will not be around to see the consequences.

“We want the Government to clearly set out its priorities for greening the economy and its expectations for behavioural change by the public.

“Our members won’t be blocking motorways, but we will be campaigning with younger people for urgent action on the climate emergency.”

Last night Boris Johnson also called for urgent action at COP26, which he will be hosting in Glasgow this month.

The Prime Minister said: “We are fast-approaching a critical moment for our planet.We need everyone to bring their ambition and action, so we can limit rising temperatures and set the world on the right path to net zero emissions.”

In a separate video message to a youth conference yesterday, the Prime Minister said younger campaigners had “every right to be angry” with older politicians about the issue.

He added: “Your future is being stolen before your eyes.We know what needs to be done, we just have to get on with it.”

In the poll, the most popular measure for addressing climate change was eliminating plastic waste in retail, backed by 74 percent. Making housing more energy efficient was second and improving public transport third.

It comes ahead of a discussion on “driving a green industrial revolution” at the Tory Party Conference, in Manchester on Monday.

OPEC, with Russia, reaches a deal to cut production, and the price of oil jumps.

COVID-19: Minister suggests other ‘crowded’ venues where vaccine passports could be introduced