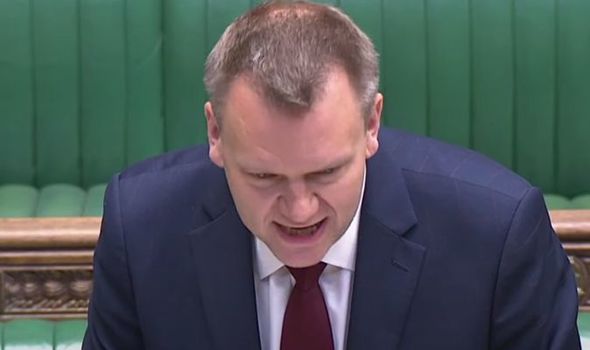 This debate comes after England players suffered a barrage of racist hate online following their loss to Italy in the Euro 2020 finals.

Three England players – Marcus Rashford, Jadon Sancho and Bukayo Saka – were the main targets of the abuse after missing their penalties.

In response to the onslaught, Priti Patel wrote:  “I am disgusted that England players who have given so much for our country this summer have been subject to vile racist abuse on social media.

“It has no place in our country and I back the police to hold those responsible accountable.”

He wrote: “You don’t get to stoke the fire at the beginning of the tournament by labelling our anti-racism message as ‘Gesture Politics’ & then pretend to be disgusted when the very thing we’re campaigning against, happens.”

Mr Mings’s criticism refers to Ms Patel’s refusal to condemn sports fans booing the England team for taking the knee which signals their support for the BLM movement.

Labour MP Marsha de Cordova expressed her disappointment that no black MPs had been selected to participate in this discussion about racism.

Shortly afterwards, the Speaker used his discretion to rectify the situation and add two black MPs to the call list.

Priti Patel was expected to attend the debate but rejected the opportunity to fight her case.

The Shadow Minister says Ms Patel “hasn’t even bothered” to turn up to the urgent debate.

He says: “Social media platforms have had more than long enough to act.”

She says: “The Home Secretary is, at this very moment, hosting a meeting with charities who are on the front line of tackling violence against women and girls.”

Fran O’Sullivan: Only one key topic when Jacinda Ardern and Scott Morrison meet