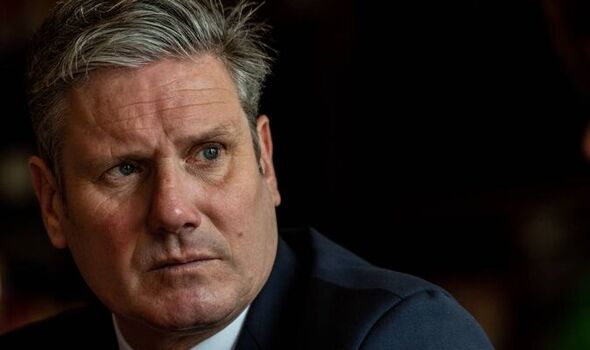 The Tories have accused the two parties of preparing a “stitch-up” in tomorrow’s elections in 39 council districts.

It is understood that 486 Labour candidates are running without a Lib Dem challenger in these seats.

Meanwhile, 81 Lib Dem candidates are seeking election without opposition from Sir Keir Starmer’s party in wards across the country.

Polls suggest the Conservatives are on track to lose almost 550 seats in the local elections. They include councils with tight-run races such as Wandsworth, Harrow and Hartlepool

Speaking on Good Morning Britain Sir Keir denied there is a pact between the two parties.

“No, we haven’t and we are actually standing more candidates in this election than any other party. and more than we’ve stood for many years,” he said.

“We haven’t got a pact with the Lib Dems.”

Oliver Dowden, the Conservative Party chairman, said: “From London to Yorkshire, the evidence of the Labour and Lib Dem back room stitch-up is increasingly clear.

“While the Conservatives fight for every vote on a record of delivering good local services and keeping council tax low, Labour and the Lib Dems are running from their abysmal records at running local councils and resorting to secret deals.”

Lib Dem candidates are running unopposed by Labour in wards for three councils with no outright majority.

Meanwhile, Labour have no Liberal Democrat challengers in several wards in the North East and North West, in seats such as Hartlepool, Bury, West Lancashire and Rossendale.

A Lib Dem spokesman said: “In places like Haringey, Knowsley, St Helens and Rochdale, in Bradford, St Albans and Oxford the Conservatives have failed to stand for election in significant numbers. That is because lifelong Conservatives will not support a party with a lying Prime Minister and tax-raising Chancellor.”

Porsche electric concept teased; could be the Boxster EV