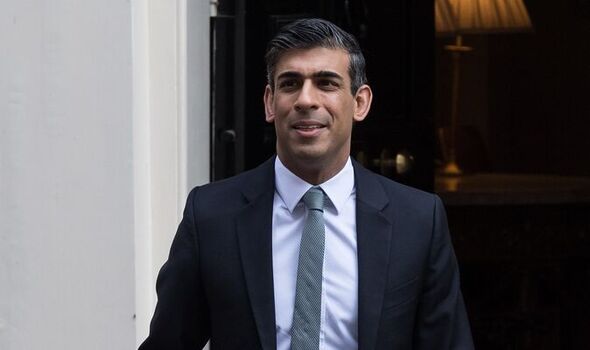 The Prime Minister said last week he must stay in the UK to focus on the “depressing domestic challenges” the country is facing instead of attending the Cop27 summit in Egypt. But insiders said on Sunday that he could make an appearance if he manages to make enough progress with Chancellor Jeremy Hunt on the financial statement planned for November 17.

It comes after it emerged that Mr Johnson intends to turn up to the Sharm El-Sheikh summit to keep up the pressure on international leaders to stick to climate change goals.

US president Joe Biden is among the key figures also planning to attend.

Downing Street sources said the Prime Minister has “not totally closed the door” on going to Cop 27 “depending on progress” but the priority “first and foremost” has to be on domestic issues.

The source insisted the new PM is “totally relaxed” about Mr Johnson’s plans and “supports him” in his intention to attend.

Mr Sunak has faced a backlash from environmental campaigners since it was confirmed he will not attend.

The Prime Minister remains committed to the government’s previous commitments on tackling climate change and hosted a finance day at last year’s summit in Glasgow where he “got a lot of allies on board”, sources said.

Alok Sharma, the UK president of last year’s Cop, who was demoted in last week’s reshuffle, criticised Mr Sunak’s decision not to attend.

He said: “I’m pretty disappointed that the prime minister is not going. I understand that he’s got a huge in-tray of domestic issues that he has to deal with.”

King Charles will host a COP27 reception at Buckingham Palace on Friday.

Mr Sunak will make a short speech to the group with Mr Sharma and John Kerry, the US special envoy on climate change both on the guest list.

Cabinet minister Michael Gove insisted the Government will “field the strongest possible team” for the summit.

The Levelling Up Secretary said: “When it comes to attendance at Cop, I know that across Government we want to field the strongest possible team at Cop, but there are strong pressures on the Prime Minister’s diary.”

Mr Gove also confirmed that he is considering ditching Liz Truss’s plans for low tax, low regulation investment zones, saying anything that might undermine the environment “is out”.

He said: “We need to make sure that any change that we make is one which of course helps to support economic growth and good jobs for people, but also one of the concerns raised about investment zones was the impact on the environment.

“So I will be looking with the Chancellor of the Exchequer, with the Environment Secretary and with the Prime Minister at the proposals that were drawn up when Liz was prime minister… and anything that might in any way undermine environmental protections is out.”

Indonesia should 'prepare for the worst' on coronavirus, Red Cross says