Bill Cash hits out at BBC's approach to scandals

Sir Bill Cash appeared before the House of Commons to ask questions to Media Minister John Wittingdale amid the Diana Inquest revelations. The stern MP demanded the minister to “make it clear” to the BBC and Ofcom that any changes to their codes of conduct and standards would be subject to parliamentary approval rather than independent editorial boards in the future. Sir Bill added the decision would be so the BBC could not “dodge” any scandal which comes its way and as he referred to the Jimmy Savile scandal which saw whistleblowers scared to come forward.

Speaking to the House of Commons, Sir Bill was invited to ask his question to Mr Wittingdale.

He asked the minister: “Will my right honourable friend make clear that both the BBC and Ofcom must understand that following next year’s midterm review the Government proposed to vary the [Royal Charter].

“And the Government will make the guidelines, impartiality rules and complaints procedures subject to parliamentary approval.

“Without any so-called independent editorial standards boards, which is the same BBC dodge of waiting until things die down and then carrying on as before.

“Which we witnessed after the Jimmy Savile affair in relation to whistleblowing when they committed to deal with it and they didn’t.”

The Royal Charter sets out the rules and guidelines the BBC has to follow and is set to be renewed in 2027.

However, a midterm review was added into the current charter which will allow MPs to edit and address any issues that arise before the end date. 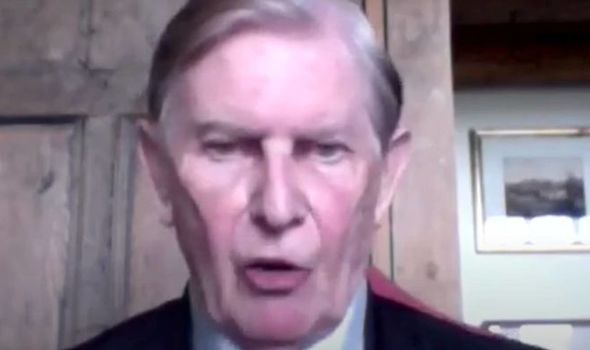