Scottish Conservative leader Douglas Ross issued the demand as Nicola Sturgeon defended the model that has been put in place to replace exams. Exams have been cancelled in Scotland for the second year in a row because of the coronavirus pandemic. Those pupils who are studying for qualifications, such as National 5 certificates and Highers will instead have their grades determined by teachers – though controversy erupted after many pupils still had to sit exam-style assessments as part of this process.

When the appeals system for those unhappy with their grades was finally revealed on Wednesday, it was confirmed that youngsters who submit an appeal could see their mark go down.

Defending the system, Ms Sturgeon, who also said she still has confidence in the Scottish Qualifications Authority, said it was “exceptionally rare” for students to end up with a lower mark.

She noted that out of more than 11,000 appeals in 2019 only two were downgraded, and that the previous year there had only been seven marks revised down out of some 13,000 appeals.

But Mr Ross responded: “No matter how rare she says it is, it will be a risk for young people if they appeal.” 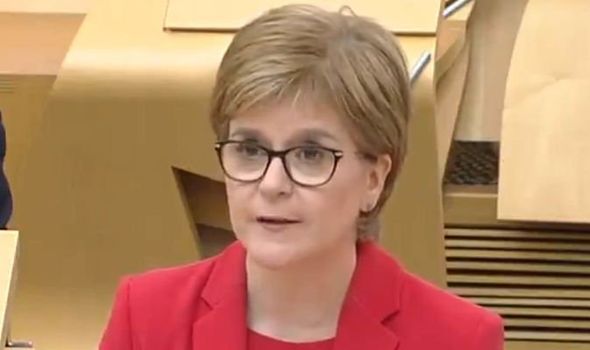 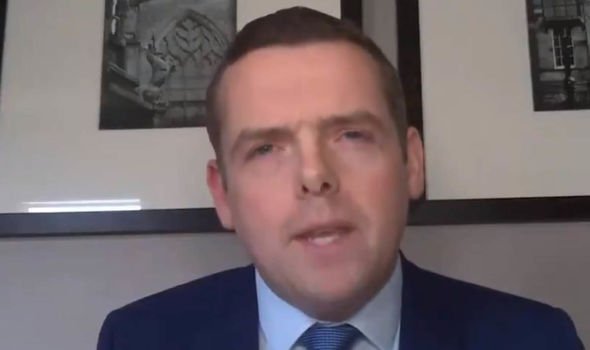 He asked Ms Sturgeon: “Will the First Minister do the right thing, concede she’s got this badly wrong [and] guarantee that no pupils who appeal will be downgraded.”

The Tory raised the issue at First Minister’s Questions in the Scottish Parliament – with Mr Ross taking part in the session via video link while self-isolating in an Edinburgh hotel room.

Ms Sturgeon told him ministers had tried to find the “best possible arrangements” to deal with “a highly imperfect set of circumstances” brought about by coronavirus.

She told MSPs: “This is a highly imperfect situation because we are in the midst of a global pandemic that has made exams impossible, so we have to put in place an alternative.” 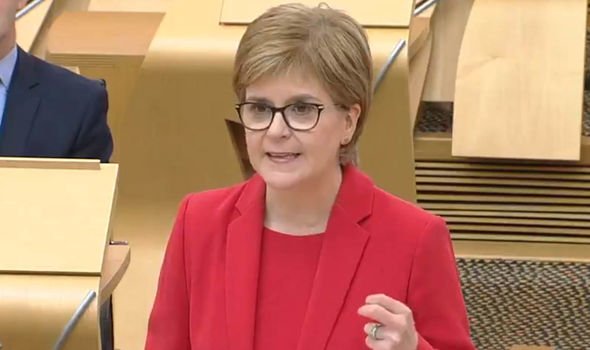 But she said the alternative certification model being used this year had been developed by a group that included teachers representatives, along with pupils and parents.

The process replaces the “fundamentally flawed” system used last year where an algorithm was initially used to determine grades – before an outcry resulted in a Government U-turn and awards being based on teacher estimates of pupils’ performance.

Ms Sturgeon stressed this year’s model would give “every young person a direct right of appeal, free of charge”.

She added there had been “very difficult decisions” to take about whether the process should allow results to be marked down, but said using the “symmetrical system” – where exam marks can be altered either up or down – is the same as in England and Wales. 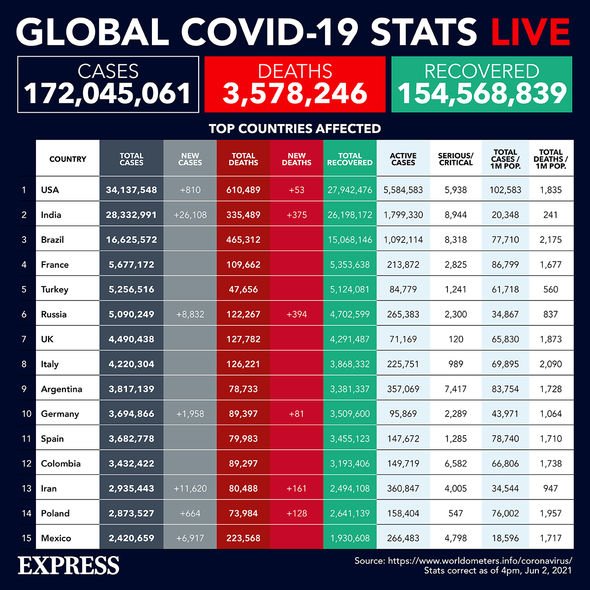 This system also “ensures the attainment of pupils is central to this process” and is the “fairest way of proceeding”, the SNP leader insisted.

And while concerns have also been raised that there is no ground of appeal which takes account of exceptional personal circumstances, Ms Sturgeon said: “The reason for that is we don’t think a young person who has suffered exceptional circumstances should have to rely on an appeal.

“That is why an exceptional circumstances arrangement has been built into the model, so if somebody has, for example, a bereavement which means they can’t put forward an assessment by the date in June, they have a window of time until September.”

But Mr Ross accused the First Minister and her Government of being “in denial” about the situation,

Referring to the appointment of Shirley-Anne Somerville as Education Secretary, replacing John Swinney, the Tory added: “Swinney is out, Somerville is in, and it is the same old shambles.

“This SNP Government needs to learn from its mistakes but it is determined instead just to repeat them.”

Brooks Koepka and Bryson DeChambeau Are Still at It. But Is Their Spat for Real?

Does Singapore’s political shake-up change anything?