Sir Keir Starmer is the most popular leader of the opposition since Tony Blair, according to a new poll.

Two months into the role, the new Labour leader is matching the performance of Mr Blair in the 1990s, the data from Ipsos Mori found.

Mr Blair became leader of the opposition in 1994 and went on to win a landslide victory in the 1997 general election. 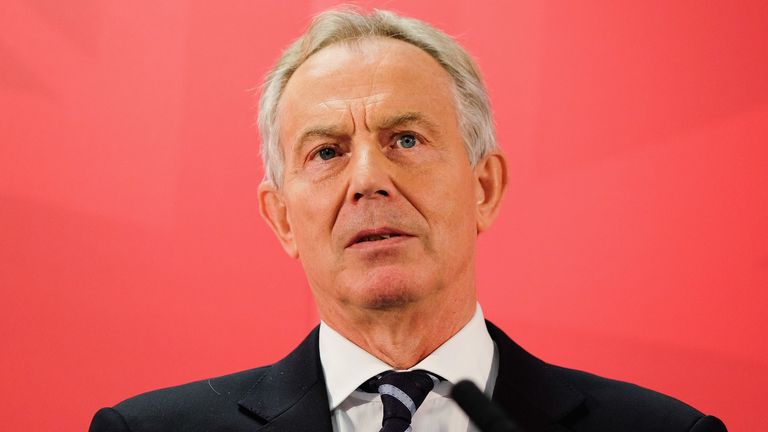 But whilst the poll will be encouraging for Labour, Boris Johnson is still viewed as a more capable leader of the country than Sir Keir, by 43% to 38%.

The Conservatives also maintain a slight leader over Labour.

But the gap between the parties has narrowed in recent months, according to the research.

Meanwhile, the Liberal Democrats are on 10% (up one).

It found that Sir Keir, who replaced Jeremy Corbyn as leader in April, has a net satisfaction score of 31%.

This matches the best score registered by Mr Blair in December 1994.

The study suggests that the public are divided over how well ministers have handled the coronavirus pandemic.

A total of 40% of those polled believe the government’s response has gone well, while 44% think the outbreak has been managed badly.

When it comes to Mr Johnson, 47% are satisfied with the way the PM is doing his job, with 49% dissatisfied.

Commenting on the findings, Gideon Skinner, head of political research at Ipsos Mori, said: “Labour will of course be encouraged that Keir Starmer is achieving comparable leader satisfaction ratings to Tony Blair and David Cameron when they led the opposition, as both went on to become general election winners.

“However this is still very early days – it’s not unusual to see a honeymoon period for a new leader.

Denver ballot measures 2020: Voters to decide on these 12 measures in November

Andrew Cuomo Is the Control Freak We Need Right Now