Labour’s Shadow International Trade Secretary had called an urgent debate in Parliament over the details of the UK-Australia trade deal currently being thrashed out by the Trade Secretary Liz Truss. Ms Thornberry’s attacked the proposed trade agreement alleging that unfettered access for Australian beef could harm British farmers. However, Trade Minister Greg Hands was on hand to deliver a stinging slapdown of the Remain-supporting MP’s criticism of Britain’s trade outlook post-Brexit.

Mr Hands told MPs that the Shadow International Trade Secretary had to “explain why she is opposed to such a trade deal with Austalia, a key Commonwealth, Five Eyes  and like-minded trade ally of the United Kingdom.”

He continued: “She did not complain, Mr Speaker, at the zero tariffs zero quota access for EU beef and lamb which had no staging on it at all.

“Why does she do so for Australia?

“I believe her real problem is this she still wants to remain in or rejoin the EU.” 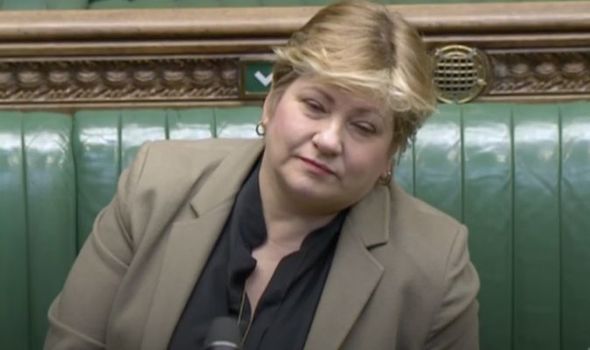 'We're close to an agreement,' Schumer says as Democratic and GOP leaders near finalizing a stimulus deal