WASHINGTON (Reuters) – Sam Johnson, an Air Force pilot held for nearly seven years as a prisoner of war in North Vietnam, who later became one of the most conservative members of the U.S. House of Representatives as a Republican from Texas, died on Wednesday at age 89, his family said. 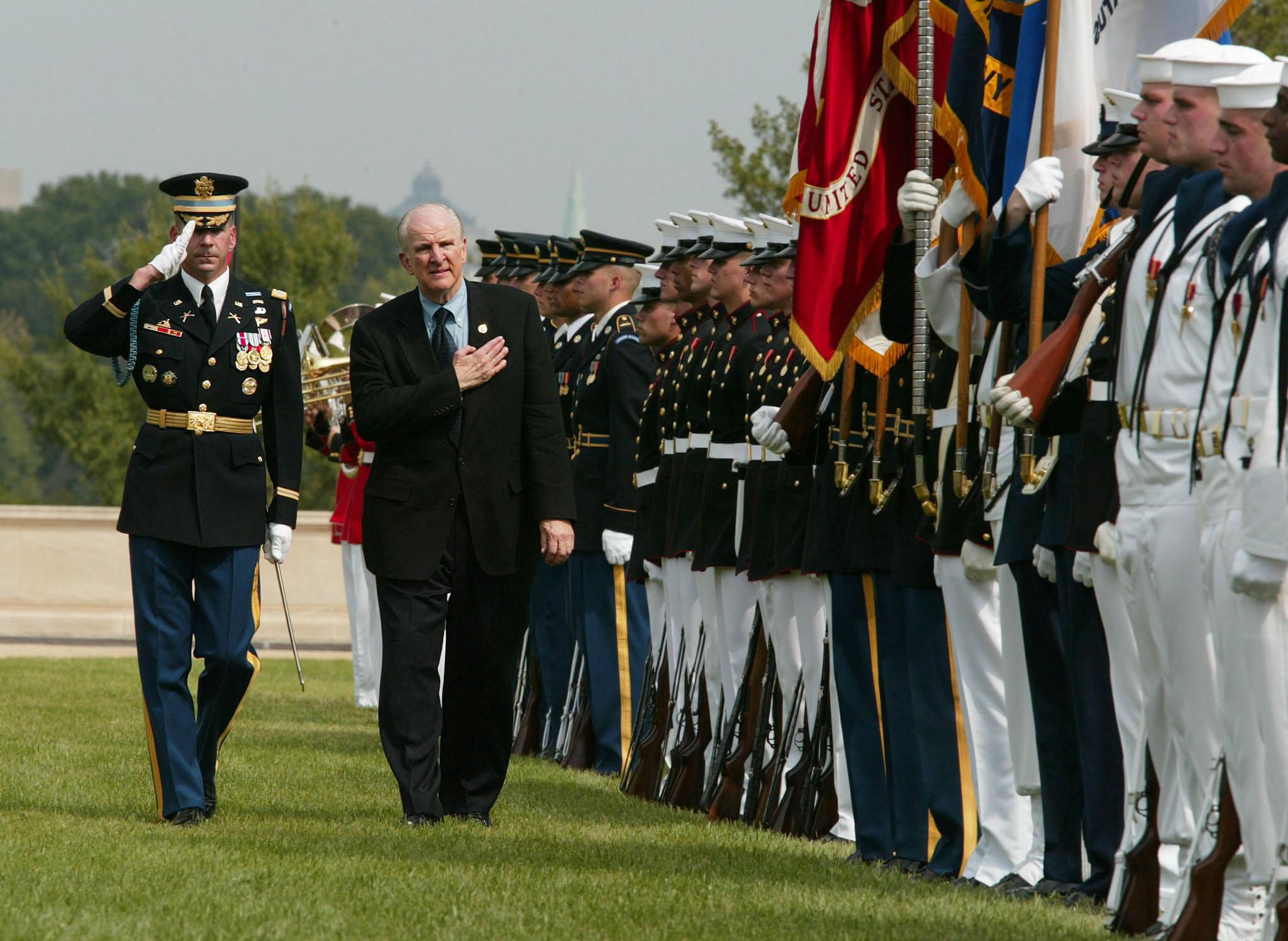 “It is with a heavy heart that the family of Congressman Sam Johnson announces his passing earlier today in Plano, Texas,” the family said in a Facebook post. The family did not give further details about his death.

The decorated military veteran won his seat in the House in a special election in 1991, and represented parts of the Dallas-Fort Worth area in Congress for two decades.

Johnson earned a reputation as leading conservative, criticizing Democrats on a range of issues and regularly proposing to amend the U.S. Constitution to eliminate the federal income tax.

During 29 years in the Air Force, Johnson was a fighter pilot who flew combat missions in the Korean and Vietnam wars and led the Air Force Fighter Weapons School, the equivalent of the Navy’s famous “Top Gun” program.

On April 16, 1966, Johnson’s F-4 Phantom II was shot down over North Vietnam and he suffered a broken arm, dislocated shoulder and broken back in the crash. Johnson was a prisoner of war from 1966 to 1973 in the notorious “Hanoi Hilton” jail, including 3-1/2 years in solitary confinement for resisting his captors.

In his autobiography “Captive Warriors,” he wrote of how he and other American POWs endured torture and were near starvation. He described how jailers would hang prisoners from a meat hook in a torture room for days bound in excruciating contorted positions, with limbs turning purple and swelling beyond recognition.

He suffered permanent injuries and was left with a slight stoop in his walk and with a disfigured hand.

After his release and return to his native Texas, Johnson opened a homebuilding company and successfully ran for the Texas legislature in 1984. He was elected to the U.S. House in 1991 after Republican congressman Steve Bartlett resigned to become Dallas mayor.

A few other Vietnam War prisoners became prominent U.S. political figures in later years, including John McCain, a long-time Arizona senator and unsuccessful 2008 Republican presidential nominee. But Johnson was not friendly with McCain. In 2000, when McCain was seeking the Republican presidential nomination, Johnson campaigned for his opponent, future President George W. Bush.

In 2004, Johnson had harsh words for another Vietnam War veteran, Senator John Kerry, the Democratic nominee for president that year. Johnson noted that Kerry had testified to Congress in 1971 about atrocities by U.S. troops in Vietnam and compared him to actress Jane Fonda, who had visited North Vietnamese forces in Hanoi.

“John Kerry showed his true colors, and they are not red, white and blue,” Johnson said. “Is it any wonder that my comrades from Vietnam and I have a nickname for him similar to ‘Hanoi Jane?’ It’s called ‘Hanoi John.’”

Johnson had three children with his wife, Shirley.