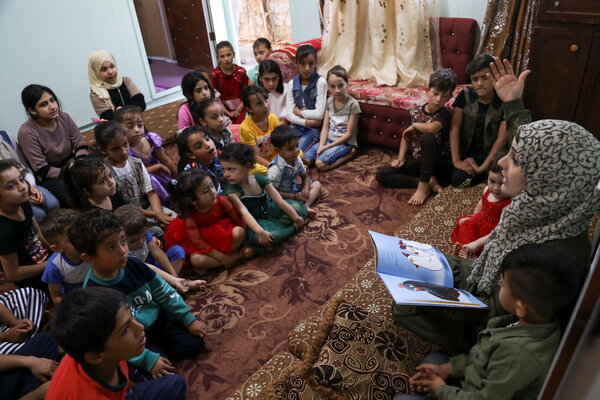 WASHINGTON — President Biden intends to increase to 125,000 the number of refugees who can enter the United States in the fiscal year beginning Oct. 1, the State Department announced on Monday, making good on his campaign pledge to do so.

Mr. Biden’s decision is unlikely to affect two groups of people most recently in the news: tens of thousands of people from Kabul fleeing the Taliban takeover in Afghanistan and more than 15,000 Haitians in a sprawling, makeshift camp under a bridge at the southern border. The people in those groups are not officially classified as refugees.

But the move indicates the president’s intention to open the country’s doors after four years in which the Trump administration sought to prevent refugees from settling here.

In May, Mr. Biden raised the refugee admissions cap for the current fiscal year from 15,000 — an historically low level set by former President Donald J. Trump — to 62,500. At the time, Mr. Biden also vowed to make good on his promise to increase the cap to 125,000 for the first full fiscal year of his presidency.

Ned Price, the State Department spokesman, said in a statement on Monday that Mr. Biden has sent to Congress a report detailing his intention to do just that in an effort to “address needs generated by humanitarian crises around the globe.”

Denver police shooting: Man dies in hospital after being shot by multiple officers