Whitehall officials believe hiccups will continue to crop up because Brussels is struggling to adjust to the fact it has a genuine competitor on its doorstep. Sources say the EU has deliberately bandied around threats in rows over fishing rights and vaccines as the first port of call in the skirmishes. Brexit minister Lord Frost has told colleagues not to rise to their bait when there are issues with the UK-EU trade agreement.

Since the deal entered into force in January, the EU has threatened to blockade shipments of coronavirus jabs to our shores and France has suggested it would cut off energy supplies to Jersey.

Eurocrats also sued the UK for scrapping EU trade arrangements for Northern Ireland to ease tensions in the region.

Top Brexiteers believe the bloc’s belligerent approach to the future relationship is an early sign that our split will be a resounding success.

It was also claimed the EU would seek to punish the UK because of fears that other countries could also choose to quit the Brussels project. 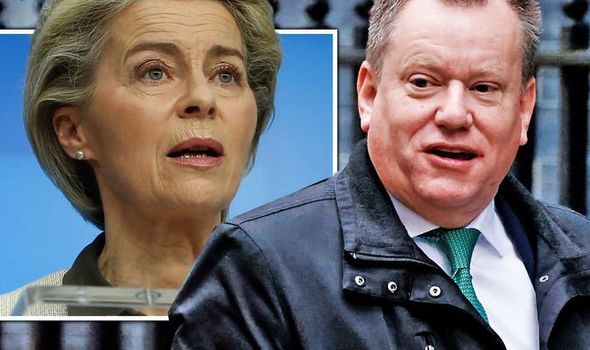 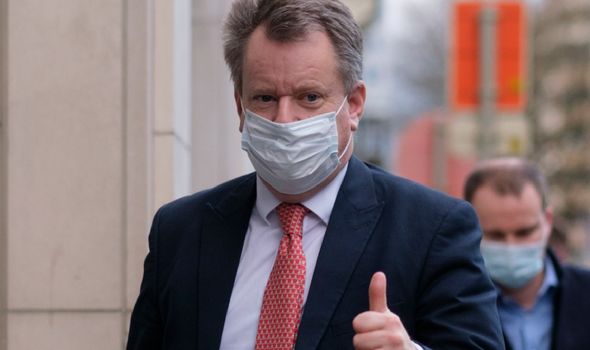 Tory MP Andrew Bridgen insisted the EU will continue to make irrational decisions to discourage other nations following Britain’s path out of the club.

He said the UK’s success after Brexit will only spur on eurocrats to treat Britain with contempt to prevent any “contagions”.

He told  Express.co.uk: “The fact is the vast majority of the UK population are now seeing the benefits of us being a sovereign, independent nation and there is no way we’re ever going back. 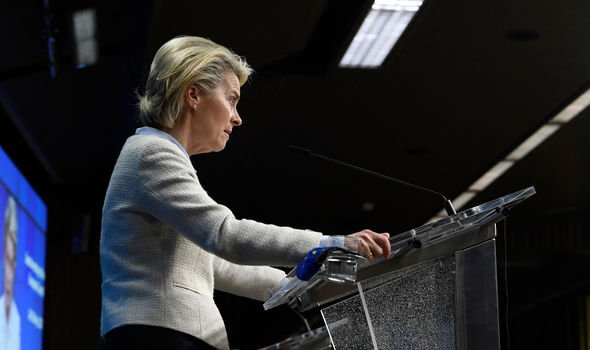 “Unfortunately, the EU is still under the misapprehension that we’re some sort of vassal state they can dictate to and have not yet come to terms with the fact that not only have we left the European, but the vast majority of British people are grateful now we’ve left.”

Mr Bridgen added: “For their own internal politics, the EU is willing to make irrational and uneconomic decisions that harm themselves – but that’s what we’ve got to come to terms with.”

And former Brexit minister David Jones warned it’ll be a bumpy road until the bloc is willing to be more pragmatic.

He said: “It’s very clear from the EU’s actions, since the beginning of last year when we left the EU that they’ve not come to terms with the fact that the UK is a sovereign and independent country.

“Their actions over the Northern Ireland Protocol exemplify that they’re unable or unwilling to understand that they have to talk to the UK on equal terms.

“For the real zealots in the European Union, the departure of a member is almost like an act of apostasy.

Amy Schumer admits she’s ‘knows nothing’ about Brexit in 2016

“As far as they’re concerned it’s almost a religious commitment and we have offended and there’s a feeling that we need to be ostracised if not punished.”

Mr Jone added: “They also need to defer people from going down the same route.

“All these are elements that are playing into the relationship at present and until such time that we get more pragmatic and practical people in the EU I think it will probably continue.”