Prime Minister Boris Johnson fuelled the perception after once writing that women in burkas looked like “letter boxes and bank robbers”, the review said. Anti-Muslim views were found at local associations and among members, according to the report that “should make for uncomfortable reading for the party”. But it found no evidence of institutional racism in the party, or that Tories systematically discriminated against any particular group.

Professor Swaran Singh, who led the investigation, said: “This is going to be very uncomfortable for the party. I hope it makes them uncomfortable.

“I hope it makes the rank and file uncomfortable and it also spurs them into action.”

The party recorded 1,418 complaints about 727 incidents of alleged discrimination.

More than two-thirds of the incidents related to Islam and 74 percent of all the cases involved social media.

Around a third of cases resulted in a sanction, with half leading to suspension and 29 percent to expulsion from the party.

Minister about women who wear a burka. The PM told the investigation he was “sorry for any offence taken” over his journalism and said he would not use “some of the offending language” today. 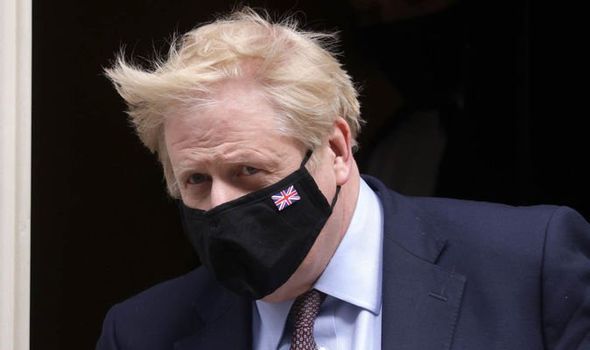 Lord Goldsmith’s bid to become London mayor in 2016 also came under scrutiny because he accused his Muslim Labour rival Sadiq Khan of associating with extremists.

The study said Lord Goldsmith “accepts poor judgment in the way his campaign was conducted but forcefully denies harbouring anti- Muslim sentiments or using such sentiments for political advantage”.

“I’m saying that the perception is very strong.”

Former Tory chairwoman Baroness Warsi, who has accused the party of “institutional racism”, said of the report: “Each section reveals a deep and embedded issue of a party at best unable and at worst unwilling to deal with the issue of racism.”

The review called for theTories to produce an action plan within six weeks to turn itself around.

I’m fit as a butcher’s dog, Boris Johnson tells his MPs from self-isolation

When It Comes to NBA Fashion, It’s Not About the Clothes

Don’t think about it! EU to STOP member states from signing deals with UK –even if no deal