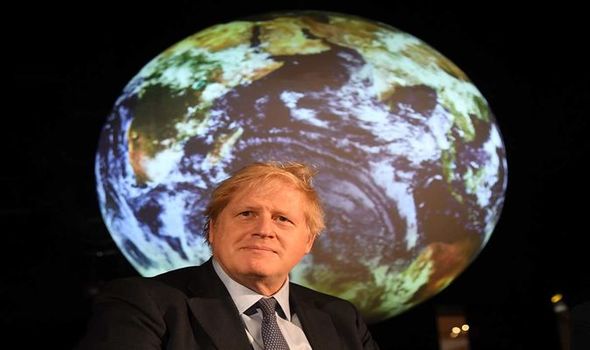 Former minister Philip Dunne, chairman of the Environmental Audit Committee warned that the Government will need to mitigate the costs of its plans. He said: “While voters are wary of being out of pocket, the government can mitigate this with taxpayer-funded support, which has the added benefit of creating new jobs and bringing down costs for consumers.

“As we head into the Conservative Party Conference, this should provide further encouragement to the Chancellor and the Prime Minister that they have the backing from the public to get on with delivering net zero and to make it a priority at the upcoming Comprehensive Spending Review.”

But he welcomed overall support for the proposals and changing people’s behaviour. He said: “This polling shows that there is strong support across the country for net zero policies like insulating homes and replacing old, inefficient boilers with heat pumps.

“This should give the Government even greater confidence that it can level with the public about the cost and potential disruption from switching to net zero emission technologies.”

According to the poll, more than two thirds (67 per cent) of the public would support policies to deal with climate change if they had a positive impact on the economy. This suggests a high level of support for the government’s ‘green industrial revolution’.

The public do not mind the government using taxes to mitigate some of these costs, with 52 per cent saying they would support these policies if there were taxpayer-funded grants to cover the costs of switching to clean technologies.

Limiting the amount of driving is met with a more muted response (35 per cent support, while 31 per cent oppose), but as this is a much more essential day-to-day activity, it appears finding green alternatives rather than simply curtailing activities would be the best approach for the government.

A majority of the public would, in principle, be happy to pay for a range of green improvements including re-insulating their home (76 per cent), installing heat pumps (73 per cent) and 73 per cent of drivers would buy an electric car.

However, there are a range of barriers in place that the government would need to address. For example, although three quarters of drivers may be content to switch to an electric car, 33 per cent could not afford to do so and 25 per cent would only do so if it was cheaper to run.

In particular, re-insulating homes is most dependent on the change being useful enough to reduce their bills in the long term (35 per cent), however, 27 per vcent still find the main barrier is that they can’t afford the cost upfront.

Both the wider public, and Conservatives specifically, support government intervention to enforce and enable greener behaviour. Three in five (61 per cent) UK adults and 62 per cent of 2019 Conservative voters support regulating business to make them take climate action – an approach which receives minimal active opposition even amongst Conservatives.

Considering the other concerns discussed, it’s unsurprising that the public also broadly back government grants and vouchers for low-income households as a spending priority: 53% support this approach while only 17 per cent oppose it.

Although slightly more muted, Conservative voters support prioritising spending on help for low-income households to go green by a margin of more than two-to-one (46 per cent support versus 21 per cent oppose).

James Crouch, senior research manager at Opinium said:  “Even where there are concerns about the costs of going green, widespread support for tackling climate change persists.

“This is just as true in the ‘red wall’ as much as in other parts of the country. The opportunity for the government is to demonstrate that they are the ones to fight climate change while actively engaging with those concerns.”