BEDMINSTER, N.J. (Reuters) – President Donald Trump on Saturday said he would sign a series of executive orders intended to provide economic relief to Americans hurt by the coronavirus pandemic after the White House failed to reach a deal with Congress. 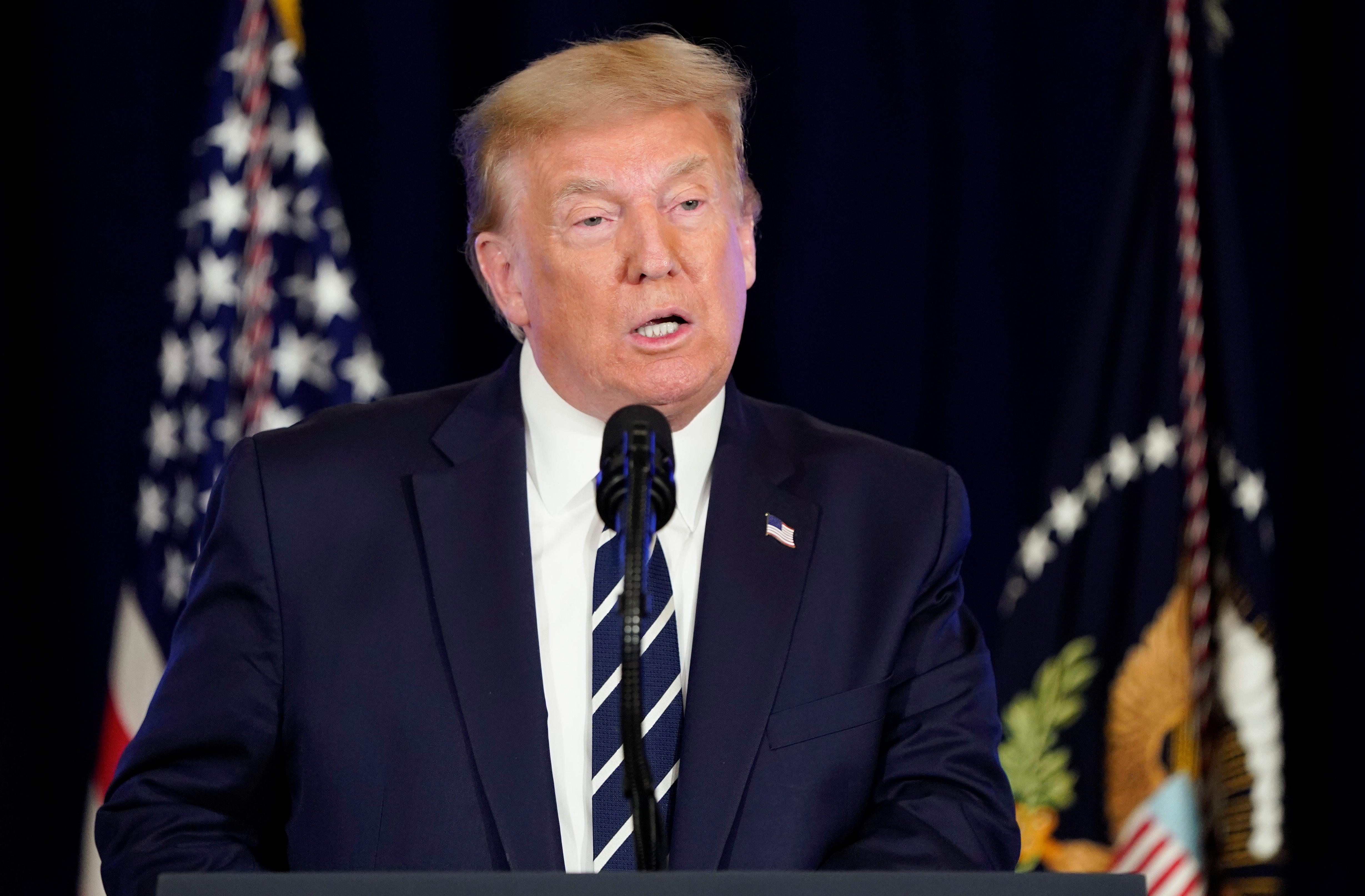 Trump said the orders would provide an extra $400 per week to unemployed Americans, temporarily suspend the collection of payroll taxes, stop evictions from rental housing that has federal financial backing and extend zero percent interest on federally financed student loans.

“Congressional Democrats have stonewalled our efforts to extend this relief,” Trump told reporters at his New Jersey golf club.

House of Representatives Speaker Nancy Pelosi had pushed to extend the enhanced unemployment payments at the previous rate of $600 per week approved early in the crisis.

Nearly two weeks of talks between White House officials and congressional Democrats ended on Friday with the two sides still about $2 trillion apart on next steps to address the heavy human and economic toll the coronavirus pandemic has taken on the United States, where it has killed more than 160,000 people.

The $600 per week increase in unemployment payments that has served as a lifeline to the tens of millions of Americans who lost their jobs in the pandemic expired at the end of July.

Trump initially played down the disease’s threat and has drawn criticism for inconsistent messages on public health steps such as social distancing and masks.

Pelosi and Senate Minority Leader Chuck Schumer on Friday offered to reduce a proposed $3.4 trillion coronavirus aid package, which the House passed in May but the Senate ignored, by nearly one-third if Republicans would agree to more than double their $1 trillion counter-offer.

Senate Majority Leader Mitch McConnell’s $1 trillion package unveiled late last month ran into immediate opposition from his party, with as many as 20 of the Senate’s 53 Republicans expected to oppose it.

Democrats have already warned that such executive orders are legally dubious and would likely be challenged in court.

They voiced support for others — Pelosi this week said she would welcome an executive order halting rental evictions.

While Trump had repeatedly floated the idea of executive orders to push relief, Schumer on Friday said the White House team had acknowledged that power was limited.

The U.S. Constitution gives Congress authority over federal spending, so Trump does not have the legal authority to issue executive orders determining how money should be spent on coronavirus.

But a court fight could take months, and Trump has managed to sidestep Congress on spending before, declaring a national emergency on the U.S.-Mexico border to shift billions of dollars from the defense budget to pay for a wall he promised during his 2016 election campaign.

Congress passed legislation to stop him, but there were too few votes in the Republican-controlled Senate to override his veto — a scenario that would likely play out again with less than 90 days to go before the Nov. 3 presidential election.

Biden Leads Trump in Nevada and the Two Are Tied in Ohio, Polls Show