Speaking to BBC ahead of the second televised debate this evening, the Tory leadership hopeful looked taken aback when Ms Raworth effectively mocked his chances of success. Mr Tugendhat then recited his calls for a “clean start”, before applauding the “fantastic Conservative MPs around the country”. Mr Tugendhat excelled in the first tory leadership debate on Friday evening, with 36 percent of respondents to a snap poll saying he came out on top, but he has the least support from MPs of all five remaining candidates.

Ms Raworth said: “The truth is that you are very unlikely to be the next Prime Minister.

“You have the power of the 32 backers, the 32 MPs, you have their support.

“Do you think that the next Prime Minister has to come from outside Boris Johnson’s cabinet?”

Mr Tugendhat said: “What we need to see is a clean start and, frankly, I think that is the important issue. 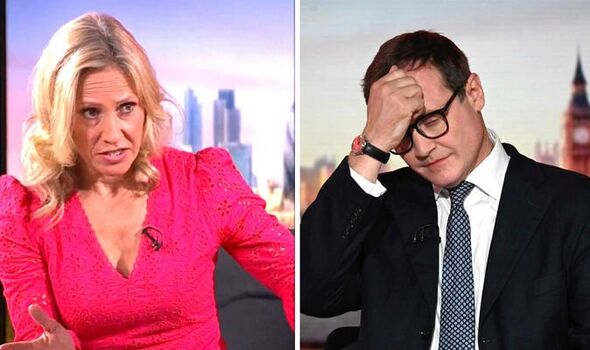 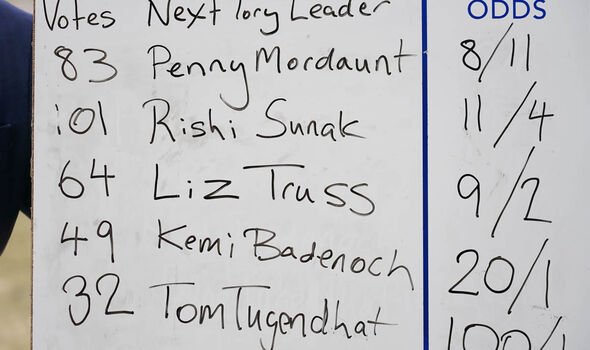 “Because in two years time we are going to face Keir Starmer in a general election and we need to make sure that all the attack lines that have been used against us in the last three years don’t come back for the general election.

“We need to make sure that what we are absolutely able to deliver is champion Conservative policies and deliver a Conservative for the future.

“There are fantastic Conservative MPs around the country today who are delivering for their communities. 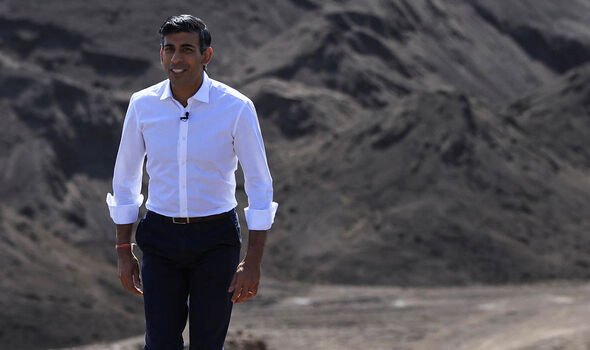 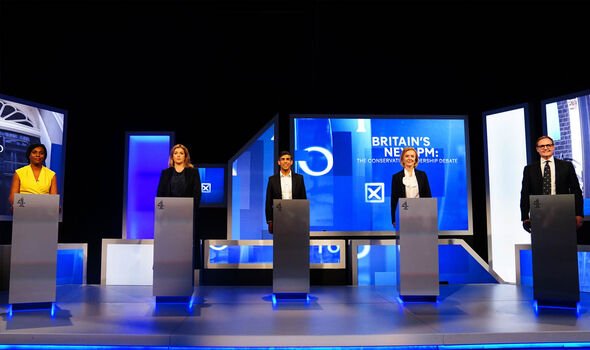 The second televised debate for the Tory leadership contest will happen at 7pm today on ITV.

It happens ahead of another vote tomorrow, in which the last place finisher with the least number of MPs supporting them will be eliminated from the race.

Rishi Sunak and Penny Mordaunt remain the most popular frontrunners as it stands but Mr Tugendhat has proved himself a proficient debater.

Liz Truss and Kemi Badenoch will also take to the stage as all five vie to impress both the Conservative members and the general public.

It comes as the chairman of the NHS Confederation has urged the Tory leadership candidates to discuss problems facing the NHS and the environmental crisis in the upcoming debate. 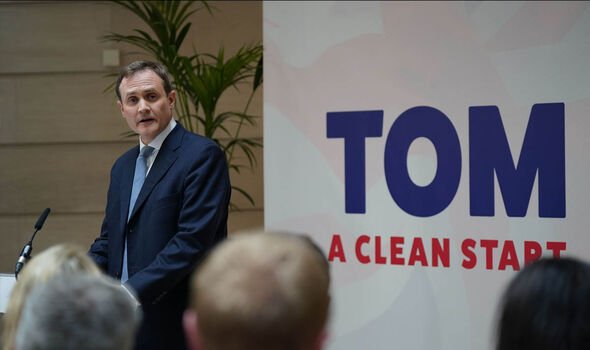 Lord Victor Adebowale said he wanted the candidates to “get real” with the public over the problems the NHS is facing.

He said: “We have 100,000 vacancies, crumbling buildings, the social care system on its knees and we do need some detail.

“The environmental crisis and the NHS are connected. What I’d like to know (is) what are their practical policies for tackling an NHS which has been starved for resources over 10 years of austerity? That’s why we’re in the situation that we’re in.

“I just think we need to get real. It’s great fun, it’s like watching a horse race, but there are real issues here that need some responses, and unless we do get responses, it’s a question of leadership.

“It’s a question of dealing with the issues in front of us and actually having a vision and some practical solutions that are understood by the public and those people in need of care. So far, we’ve heard nothing.”

READ NEXT: Tory Leadership: Rishi storms ahead as Brexiteer pushed out
Liz Truss’s voting record: What the Tory leadership hopeful stands for
Penny Mordaunt’s swipe at BBC presenter: ‘Like Edvard Munch Painting’
Net Zero – the £3 trillion black hole in the Tory leadership election
Kemi Badenoch: I will deliver for the millions who backed us in 2019

No need to bring back compulsory face masks yet, say ministers