The prime minister was all smiles as he padded down the Amtrak train to debrief journalists on his way back to New York from his whirlwind 24 hours in Washington DC on Wednesday.

Clearly delighted to be invited to the Oval Office for 90 minutes face time with President Biden, Boris Johnson told the gathered press pack that this trip had “already exceeded expectations”.

“The one and a half hours with Joe [Biden] was about as friendly and productive as any,” he said of his first visit to the White House as prime minister (and the first of any British prime minister in four years). “It was very useful from our point of view.” He was clearly more relaxed on this train trundling back to New York that he was on his flight over.

When I asked him if he had better rapport with the current incumbent in the White House than the one just passed, he joked that the “British prime minister and US president are fated, doomed to get along. This thing is bigger than both of us babies.”

And he has clocked up the wins on this trip. There is the purely diplomatic win of even getting into the Oval Office when dozens of other leaders are here in the US.

There is the domestic win of allowing double vaccinated Britons to start travelling to the US again from November.

And the hard cash victory after the US gave the PM a big climate win ahead of COP26 by committing to doubling its annual $5.7bn (£4.2bn) commitment to the $100bn (£74.3bn) climate aid fund to help developing countries go green. 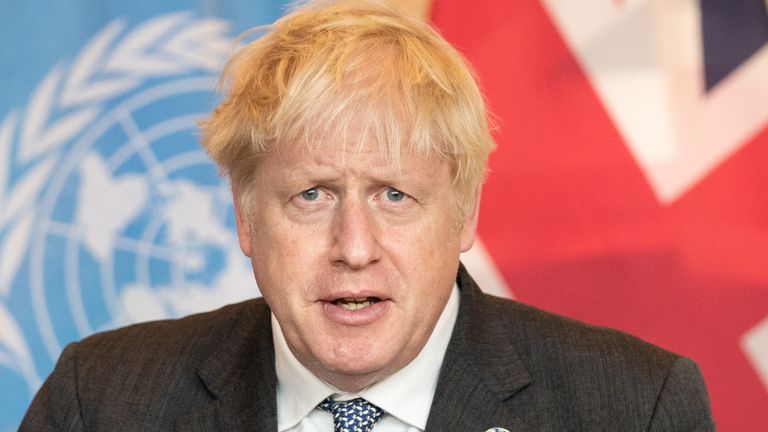 On trade, the US will lift the decades-long ban on British lamb (read on for the less good part of the trade piece).

On security, the newly minted AUKUS nuclear submarine agreement make the military partnership even stronger, the PM clear in his debrief to journalists that the US president and Australian prime minister, with whom had dinner with last night in DC, want to deepen that strategic and security arrangement in the Indo Pacific.

The PM said AUKUS will remain an exclusive US-UK-Australia club, but wants to use that axis to develop western leadership in the region, bringing in other G7 countries and India and South Korea.

But, despite him glossing over it, there is a big commercial gap in this special relationship. The post-Brexit US-UK trade deal that Boris Johnson has been talking up for the past half decade and has defined the UK side of the special relationship now appears to have fallen off the agenda entirely.

It’s simply not happening, with President Biden making it quite clear that he is – to quote the Prime Minister – not doing trade deals at the moment. Another big Brexit promise yet to be fulfilled.

If he was disappointed (and surely he must be), Mr Johnson is pragmatic enough to bank the wins and not dwell on the losses. On the way back to New York, he put it to me like this: “Politicians are deal makers. I think that when it comes to the free trade deal America will be there, but as I told you on the plane on the way out, they are focusing for now on their infrastructure package, and [President Biden’s] got to get that through the House so he can’t load up his political plate much more.”

The prime minister has another shadow too in this relationship, one again he is keen to brush off – the difficulties Brexit is causing around Northern Ireland.

President Biden again warned Mr Johnson on this trip that peace in Northern Ireland must not be jeopardised as a result of complications caused by Brexit. This a tension between Brussels, Dublin, Belfast and London, still unresolved and all the while the US is watching.

But it is true too, as demonstrated in this trip, that the relationship between the US and the UK is multi-faceted and these two leaders have aligned in New York and Washington this week on the next gigantic diplomatic task Boris Johnson faces – trying to make the annual climate summit in Glasgow in November – COP26 – truly meaningful.

President Biden has leaned in this week, putting hard cash into climate aid, while Beijing has also announced it has stopped building coal plants overseas. Two big ticks, but still so much more to do 40 days out from COP26. As UN secretary general Antonio Guterres put it: “While [these] announcements are welcome, we still have a long way to go to make COP26 a success and ensure it makes a collective turning point in our collective efforts to address the climate crisis.” 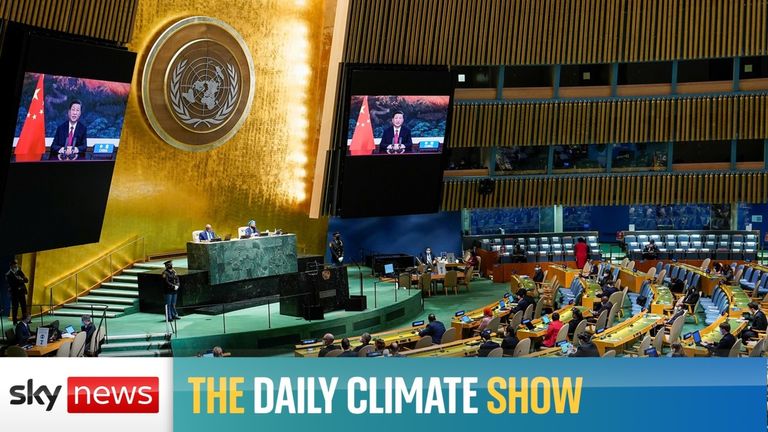 The PM knows it too as he implored China – which single-handedly emitted 27 per cent of the world’s greenhouse gases in 2019 – to phase out the domestic use of coal and tackle climate change.

This trip was billed as a staging post on the journey to COP26, and the prime minister will come away satisfied with what he achieved. But a good relationship with President Biden will not be enough to nail COP26. For that, he’ll also need President Xi.