Jessica Springsteen, the daughter of Bruce Springsteen and Patti Scialfa, is ranked 27th in the world in show jumping and has a good chance to win a medal. 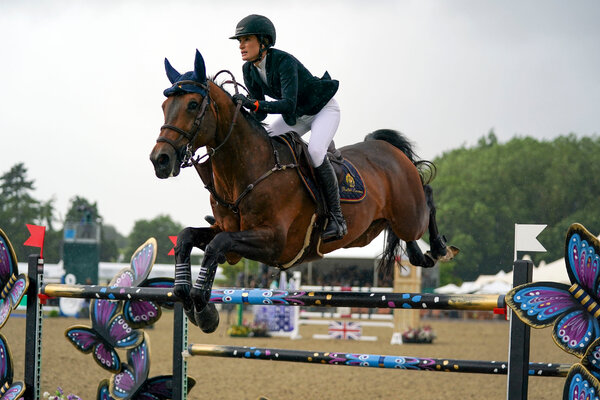 Kent Farrington, Laura Kraut and McLain Ward were named to the American show jumping team for the equestrian events at the Tokyo Olympics.

The announcement of the team on Monday drew special interest on social media. Perhaps that was because of the team’s fourth member: Jessica Springsteen.

Farrington, Kraut and Ward have impeccable jumping credentials. All three have gone to the Olympics before, and Ward has won two gold medals. None of them, however, has a parent who recorded “Tenth Avenue Freeze-Out.”

Springsteen has achieved quite a bit in her sport at age 29, young by equestrian standards. Two of her teammates are in their 40s, and Kraut is in her 50s.

Springsteen is ranked 27th in the world and boasts strong finishes at equestrian hubs like Rome, Windsor and St. Tropez. But she has always drawn more attention than a typical 27th-ranked equestrian, whether for her purchase of a gold-medal-winning horse, a win in a big event or her riding wear (custom Parlanti boots with magnets on the bottom to stick to the stirrups).

In case you haven’t figured it out by now, her father is Bruce Springsteen and her mother is Patti Scialfa of his band.

Show jumping is contested in an arena where horses tackle a course of obstacles as high as five feet. The other equestrian events are dressage, in which horses are judged on precise movements, and the three-day event, which combines both of those events and adds a grueling cross-country race over hurdles.

Equestrian competition is expensive and has often drawn its contenders from a certain rarefied subset, including Princess Anne, the daughter of Queen Elizabeth II, who competed in the three-day event in 1976, and her daughter, Zara Tindall, who won a silver medal in 2012. Georgina Bloomberg, daughter of the former New York City mayor Michael R. Bloomberg, a billionaire, has competed at the Pan Am Games but not the Olympics.