Athletic Bilbao and Real Sociedad want their fans to pack the stadium, even if that means not playing until next year. 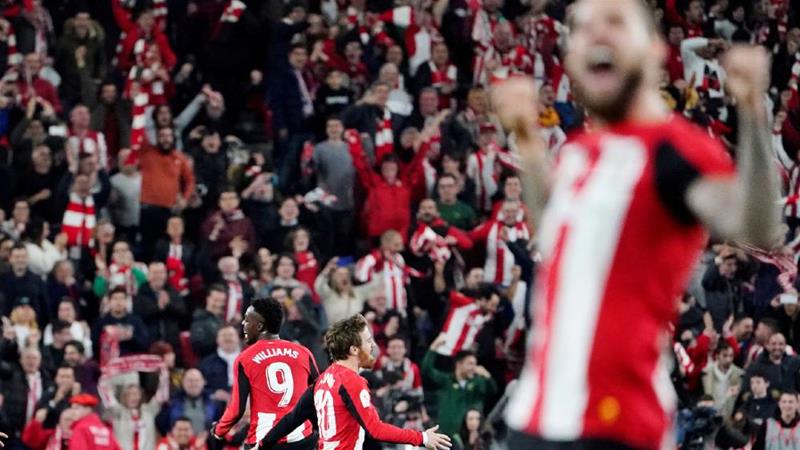 Spain’s football association (RFEF) has said it would grant the request of Athletic Bilbao and Real Sociedad to reschedule the postponed Copa del Rey final for when the coronavirus is no longer a threat, so that the match can be played with spectators.

The first final between the two prestigious Basque clubs was due to be held on April 18 in Seville until all organised football was indefinitely postponed in March as COVID-19 swept Spain.

Stakeholders are confident the Spanish league season can resume in mid-June in closed stadiums without spectators, with fans not expected to be able to return to grounds until 2021.

But the Copa finalists do not wish the showpiece match to take place in an empty stadium and are willing to wait as long as it takes to ensure their fans can enjoy the final.

“The presidents of Copa del Rey finalists Athletic Club and Real Sociedad, after meeting with the president of the Spanish football association, have agreed to request that the final is played with supporters at a later date to be agreed by the three parties,” the clubs said.

“Both clubs have always wanted our supporters to be able to attend the match; what we want more than anything is to have a Cup final with our supporters in the stands.”

The RFEF said it agreed “wholeheartedly” with the two clubs wishes for fans to attend the match.

“The trophy with the most prestige and tradition in Spanish football deserves a final with supporters,” said its statement.

“That’s why the RFEF is grateful for the decision made by the two clubs and will take the necessary measures to ensure the final takes place as an official competition in the opportune moment in either 2020 or 2021 and before the 2020/21 final.”

More than 25,000 people have died from the novel coronavirus in Spain, although the daily infection rate and death toll have dropped significantly as a result of one of the strictest lockdowns in Europe.

On Monday, professional athletes were able to train on an individual basis for the first time since the crisis began, although football clubs are not expected to return to training grounds until their players have tested negative for the virus.