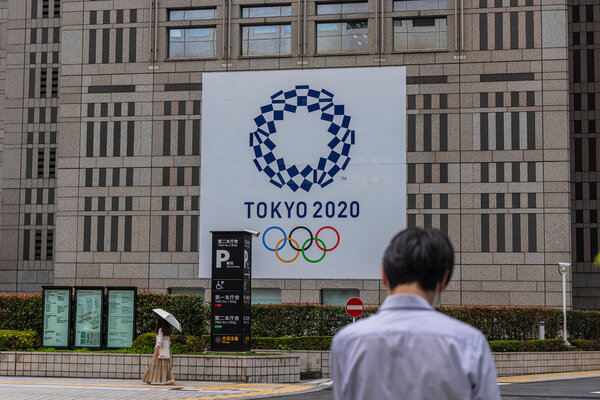 The composer of music for the Olympics opening and closing ceremonies resigned on Monday after acknowledging that as a student he had bullied his disabled classmates.

Keigo Oyamada, 52, who uses the stage name Cornelius, announced on Twitter that he had handed in his resignation to the Tokyo organizing committee just four days before he was to oversee music for the opening ceremony.

With pressure building and a petition calling for his resignation, Mr. Oyamada said he had grown “keenly aware that I lacked consideration of many people when I accepted the offer to participate” in the Olympic ceremonies.

Last week, in a earlier statement issued on Twitter, Mr. Oyamada attempted to diffuse growing criticism over the interviews with an apology. He said many parts of the articles “deviate from the truth.” But, he added, “there is no doubt that my classmates were hurt by my words and conduct.”

“I am deeply sorry for how my words and actions hurt my classmates and their parents,” he wrote. “I regret and take responsibility being in a position where I hurt others rather than being a friend during my school years.” He added that he had taken time to “reflect” and “reconsider.”

The organizers of the Tokyo Olympics released a statement saying that they had accepted his resignation. Initially the organizers had said that they hoped to keep working with Mr. Oyamada, despite his “unacceptable” actions.

“In light of his sincere apology, we expressed a willingness to allow Mr. Oyamada to continue his work on preparations in the short time remaining before the Opening Ceremony,” the statement said. “However, we have come to believe that this decision was wrong, and we have decided to accept his resignation. We offer our deepest apologies for the offense and confusion caused to so many during this time.”

Mr. Oyamada is the third person associated with the organizing committee to step down after a scandal in recent months.

In March, Yoshiro Mori, the former president of the Tokyo organizing committee, resigned after he suggested women talk too much in meetings, unleashing an anti-sexist firestorm.

The same month, Hiroshi Sasaki, the original creative director of opening ceremonies, was forced out after word leaked out that he had called a popular comedian and plus-size fashion designer, Naomi Watanabe, an “Olympig.” At the time, he was describing a role for her in the opening ceremonies in which she would tumble from the sky decked out in pig ears.

The ceremony on Friday at the new Olympic stadium in Tokyo is likely to be a diminished version of the original plan, given coronavirus restrictions and the absence of spectators. Organizers are struggling to combat growing public anxiety as more athletes and Olympics personnel test positive for the coronavirus.