When the Carnival Horizon leaves Miami on July 4 for its first cruise from Florida this year, Carnival senior cruise director and brand ambassador John Heald won’t be on the ship. 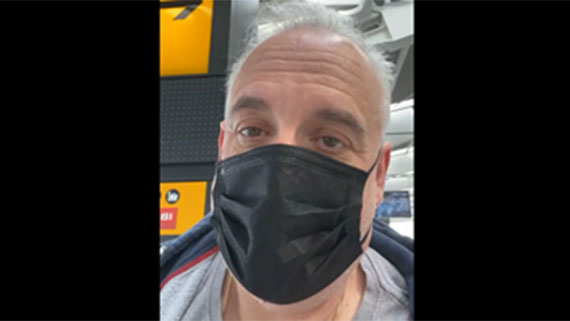 In a Facebook Live video filmed July 1 at a largely vacant London Heathrow Airport, Heald said the Department of Homeland Security wasn’t allowing U.K. residents to fly to the U.S. because of the rapid spread of the Delta coronavirus variant in the U.K.

Heald said that he wasn’t permitted to board a plane for the U.S. despite an exemption he previously secured.

An emotional Heald said he “understands and respects” the U.S. edict but lamented that there was “nothing about it in the news” and that he had been waiting a year and a half to get back on a ship.

He apologized to Carnival guests who booked the cruise expecting that Heald would be on board.

Monkeys have ‘penises electroshocked until they ejaculate’ in sick experiments

Unvaccinated in Pakistan? You might lose your cellphone service.