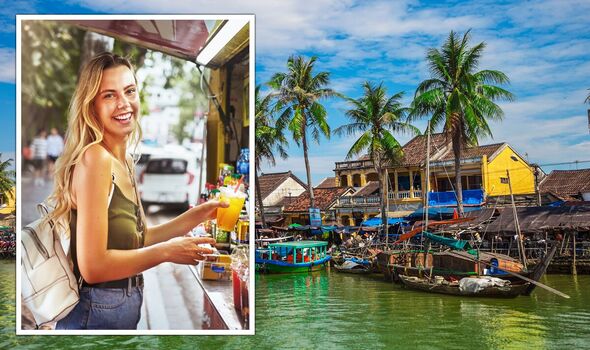 The InterNations Expat Insider survey asked expats around the world to rate their home on several important factors. When it came to cost of living, one country was a clear winner.

The cheapest destinations for expats

Vietnam was named the world’s cheapest destination for expats with 80 percent of foreign residents rating the cost of living positively.

Around three out of four expats said their disposable household income was more than enough to enjoy a comfortable life in Vietnam.

An expat from the USA said: “I live comfortably on a limited income” while another expat praised the country for its “cheap living and high quality of life”.

According to the survey results, the majority of expats moved to Vietnam for their career with around eight percent saying they earned more than $250,000 (£207,000) per year.

Many British expats choose to live in the southern Vietnamese city of Ho Chi Minh which is a leading tourist destination.

The country’s capital, Hanoi, is another popular destination while other expats opt to live in the modern coastal city, Da Nang.

Expats will have easy access to Vietnam’s gorgeous beaches at the weekend and the country has an efficient train network.

Mexico came second in the rankings and was also named the world’s friendliest country for expats.

More than three quarters of expats in Mexico said they were happy with their financial situation.

Around nine in 10 expats thought their disposable household income was enough to live comfortably in Mexico.

Mexico is a top destination for retirees with many opting to enjoy their golden years at one of the country’s beach resorts.

Portugal was named the cheapest expat destination in Europe and is one of the most affordable countries on the continent.

New Zealand was the world’s most expensive destination for expats with one saying there was a “growing divide between rich and poor” in the country.

Luxembourg and the UK also landed in the bottom three when it came to affordability with expats in both destinations struggling with the cost of living.