On Reddit, regular cruise passengers shared annoying incidents from their holiday. While barging in the lift or moaning about the buffet were high on their list, there’s one action that can really irritate people.

A Reddit user commented: “Don’t toss a towel and a hat on a pool lounger and expect to reserve it all day.”

Another person added: “Honestly out of everything people ****h about, this is the only thing that has annoyed me based on actual experience on the ship.

“Chair hoarders. Without them, there would pretty much always be plenty of chairs for people who want to use them.” 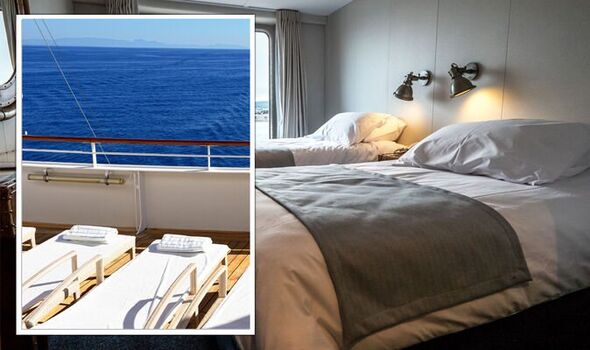 A mum’s video went viral this summer as she filmed British tourists rushing out at 5am to save sunbeds for the day.

While hogging a sunbed might secure a seat for a family, it can be really annoying for other guests.

Another cruise passenger said: “It would be great if the cruise line would enforce the rules and remove these items after a reasonable period of time.

“But alas, they don’t. At least in my experience.”

However, one passenger said they had seen cruise crew remove towels from loungers after a certain time.

They said: “If after 30 minutes or so, if not there, they pull the belongings and open it back up.

“The look of confusion as the lounge-hoggers show up befuddled as to where their place keepers went, is a whole other level of entertainment not mentioned in the brochure.”

Another guest added: “You’d think people would be appreciative that the cruise line is looking out to make sure their stuff doesn’t go missing.” 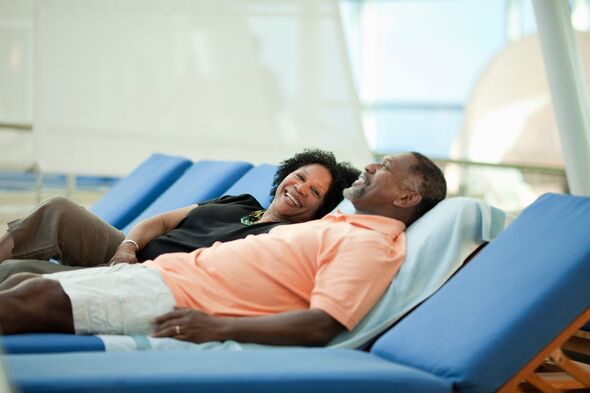 Although cruise ships are relatively safe when it comes to theft, passengers should still keep an eye on their belongings.

It’s not a good idea to leave valuables by the pool all day as they could be stolen or even blown overboard.

Another passenger was more sympathetic saying: “I don’t mind lounge hoggers if they’re actually in the pool.

“But when you see this at 8am and nobody in the pool, it’s really annoying.”

A guest said: “It is a balance, which is what people exploit. Sure you should be able to get a drink or take a dip without losing your chair, so the default is respect the towels.

“Sadly this creates the opportunity for someone thinking they might want to go sit by the pool after lunch to reserve chairs for their group first thing in the morning by spreading towels around.”

One guest said they had removed other passengers’ belongings before after becoming impatient.

They added that passengers with “decency” should be so embarrassed they wouldn’t make a fuss.