During these lean times for tourism, travel companies are appealing to residents with special rates. But locals ask: Why didn’t you reach out before? 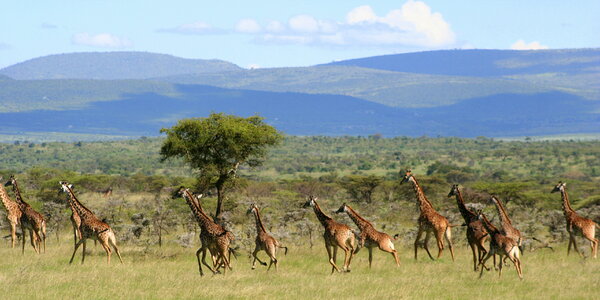 When the Giraffe Manor, a popular hotel in Nairobi known for its roaming giraffes, posted a photo on its Instagram account in June with a caption saying that it would be “opening for Kenyans” and Kenyans could pay a special reduced rate to stay at the hotel, it received backlash from the very people it hoped to entice.

For many Kenyans, the offer was seen as insulting and only extended because foreign visitors, the lifeblood of the safari industry, were largely absent because of restrictions on international travel. Offering local rates seemed like a desperate ploy from a hotel where locals say they previously never felt welcome.

“My eyes just rolled when I saw that,” Harriet Akinyi, a Nairobi-based travel writer, said in a phone interview. “It’s hypocritical that it took a pandemic for them to realize that they have to cater to the Kenyan market as well, not just the international market.”

The Safari Collection, which owns the Giraffe Manor, said that the post was published by an independent agent and the wording was misconstrued. The hotel, the company said, has always been open to all guests, but this was the first time it ran a special, because it was the first time it had the empty rooms to do so.

“The situation with Covid-19 has resulted in an opportunity to welcome local guests who wouldn’t normally book in advance — we are usually booked up months in advance,” said Jessica Pattison, head of sales and marketing for the Safari Collection, in an email, adding that the company employs more than 240 people and 95 percent of them are Black. The company would not reveal its local rates, but for international visitors, rooms range from $875 per night per person to $3,000 for a suite sleeping up to four per night, depending on the season and type of room.

Still, the incident renewed conversations among Kenyans and other Africans who live in countries that are home to safari companies, tour operators and luxury lodgings that focus on attracting American and European visitors. Who, they ask, is really welcome to take part in these offerings? People in South Africa, Kenya, Tanzania and Botswana said that the local rates have allowed them to enjoy their own countries in recent months, but as borders start to reopen, they remain skeptical about whether they’ll still be invited. Ms. Akinyi shared an email from Arijiju, a private-home retreat in Laikipia, where she was told that the residence had ‘a strict target list of top-tier international media,’ so she could not visit.

Border closures, national lockdowns and other measures put in place to stop the spread of the coronavirus have devastated Africa’s $39 billion tourism industry. The tourism industry funds wildlife conservation across the continent and the lack of international tourists has led experts to fear that threatened animals would be poached at higher rates, further endangering them.

Safari travel as marketed internationally is largely a luxury product, with beautifully appointed tent camps or lodges appealing to wealthy travelers. At the high end it can cost thousands of dollars a night, with guests flown between remote camps on private planes; even at the more modest end of the spectrum the cost tends to run to hundreds of dollars a night per person. That puts them far beyond the means of many Africans: In South Africa, for example, where Kruger National Park is a major draw for safari vacationers, the average earnings for Black residents between 2011 and 2015 were 6,899 rand ($413) per month, according to a 2019 report by the country’s Department of Statistics. The same report showed that for white South Africans, who tend to go on more safari vacations, average earnings were 24,646 rand ($1,400) per month — more than three times what Black South Africans make.

Some think it is time to reshape the industry.

“We can’t expect that Covid is the last issue that may cause a pause in travel, and companies have now seen that solely relying on international travelers is not sustainable,” said Naledi Khabo, chief executive of Africa Tourism Association, a U.S.-based agency that promotes tourism to and within Africa. “Having a consistent base of local travelers will be key to any safari business who wants to survive.”

Mary Holm: What if you are a renter and a landlord? One of many questions on housing reform

Ashburton preparing for mass evacuations as river rises; up to 4000 residents affected