Pointy stars hang ever so slightly from the ceiling in the Penrose Atrium, forming a constellation shining down on the central hub of the new Norwegian Prima. It is here that sleepy passengers order coffee, consult with the crew about excursions or pull up a seat at one of two bars, one with bourbon hues and an extensive menu of whiskeys, to sip before a show at the theater. 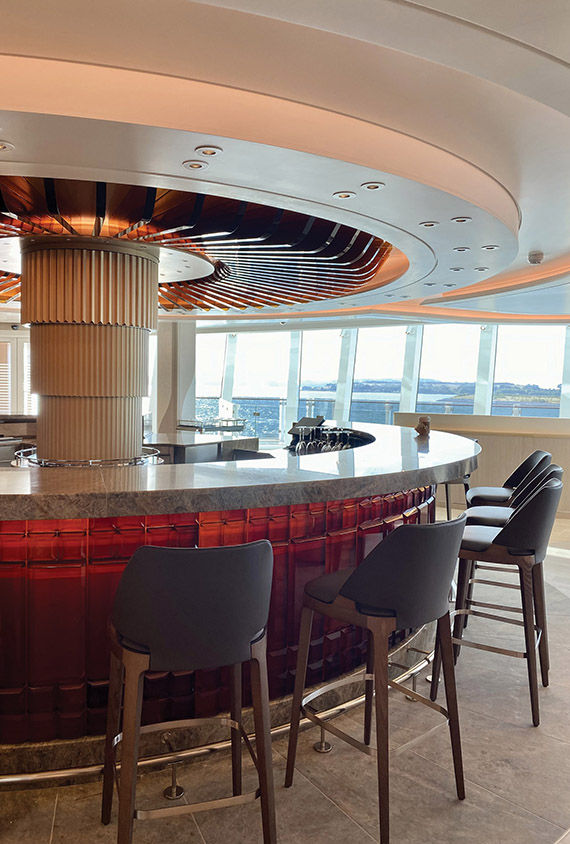 The atrium is one the many places where the use of space, color and design on the Prima is an upgrade from previous Norwegian Cruise Line vessels. In an intentional push to elevate the brand toward a premium product, the line’s first entry in the six-ship Prima class resembles a larger-scale version of the casual elegance one might expect from its sister lines, Oceania Cruises and Regent Seven Seas Cruises.

That shouldn’t be a surprise. The same firm used to design the Prima, Studio Dado, based in Coral Gables, Fla., has created spaces for all three Norwegian Cruise Line Holdings brands, all while under the influence of CEO Frank Del Rio.

As the mastermind behind the Prima’s ambience, Del Rio wanted to fight the notion that cruise ships should feel big and loud like Las Vegas, he said at the CruiseWorld conference in Fort Lauderdale on Nov. 4. Instead, he wanted the ship to feel like a high-end boutique hotel. 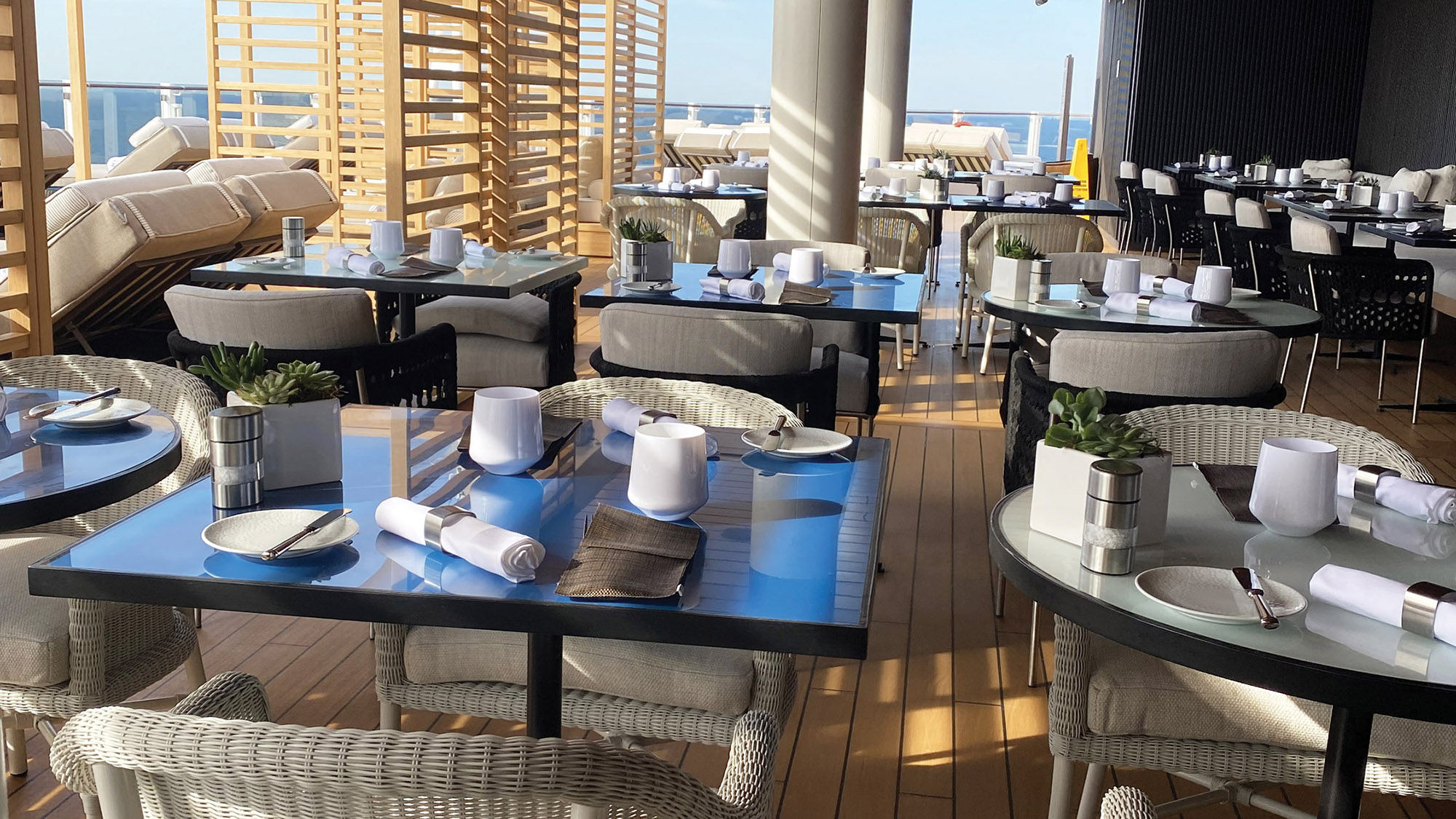 The restaurants, rooms and gathering spaces are sleek, modern and arranged to make guests forget they are on vacation with more than 3,000 other passengers. The design does this by creating many smaller spaces on the ship through walkways that draw people in or out of a central meeting place. This was inspired by the paths in Venice that draw people to St. Mark’s Square, said Yohandel Ruiz, founding partner of Studio Dado, during the ship’s inaugural sailing from Iceland.

“The city unfolds from the plaza,” he said, and conversely, “all these paths lead back to the atrium.”

The ship uses a palette of colors that Ruiz said have “aged well with history” and bring a level of sophistication to the ship. For instance, in the atrium, from where Ruiz was speaking, oversize couches subtly mirror the natural color of sand while the chairs contrast with a dark sea-blue. 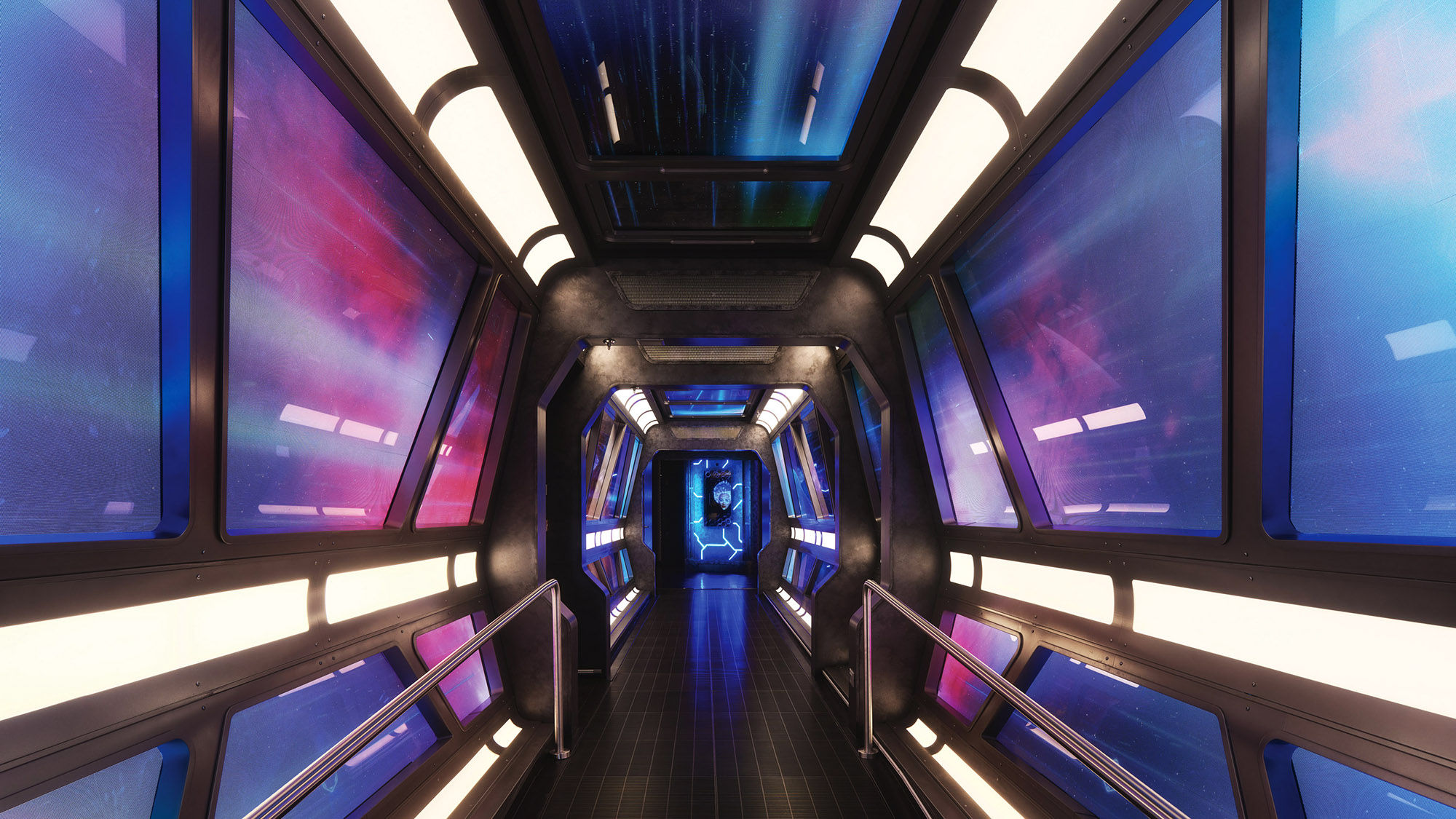 Studio Dado designed the atrium, a half-dozen specialty restaurants, a pair of bars, the Observation Lounge, the staterooms and the new Galaxy Pavilion futuristic game center.

Ruiz said he wanted the tone of the Prima to blend innovation and immersion. For example, in Le Bistro, Norwegian’s staple specialty French restaurant, tables surround chandeliers that are at eye level to ensure there is no bad seat. The spaces are meant to capture attention, which can be shared online. “We live in a world of Instagrammable moments,” Ruiz said.

The ship is full of unique selfie locations, such as the elevators with a wall of tiny lights that look like they continue infinitely or a square, full-length mirror in the walk-up to the ship’s 10-deck-long drop slide. 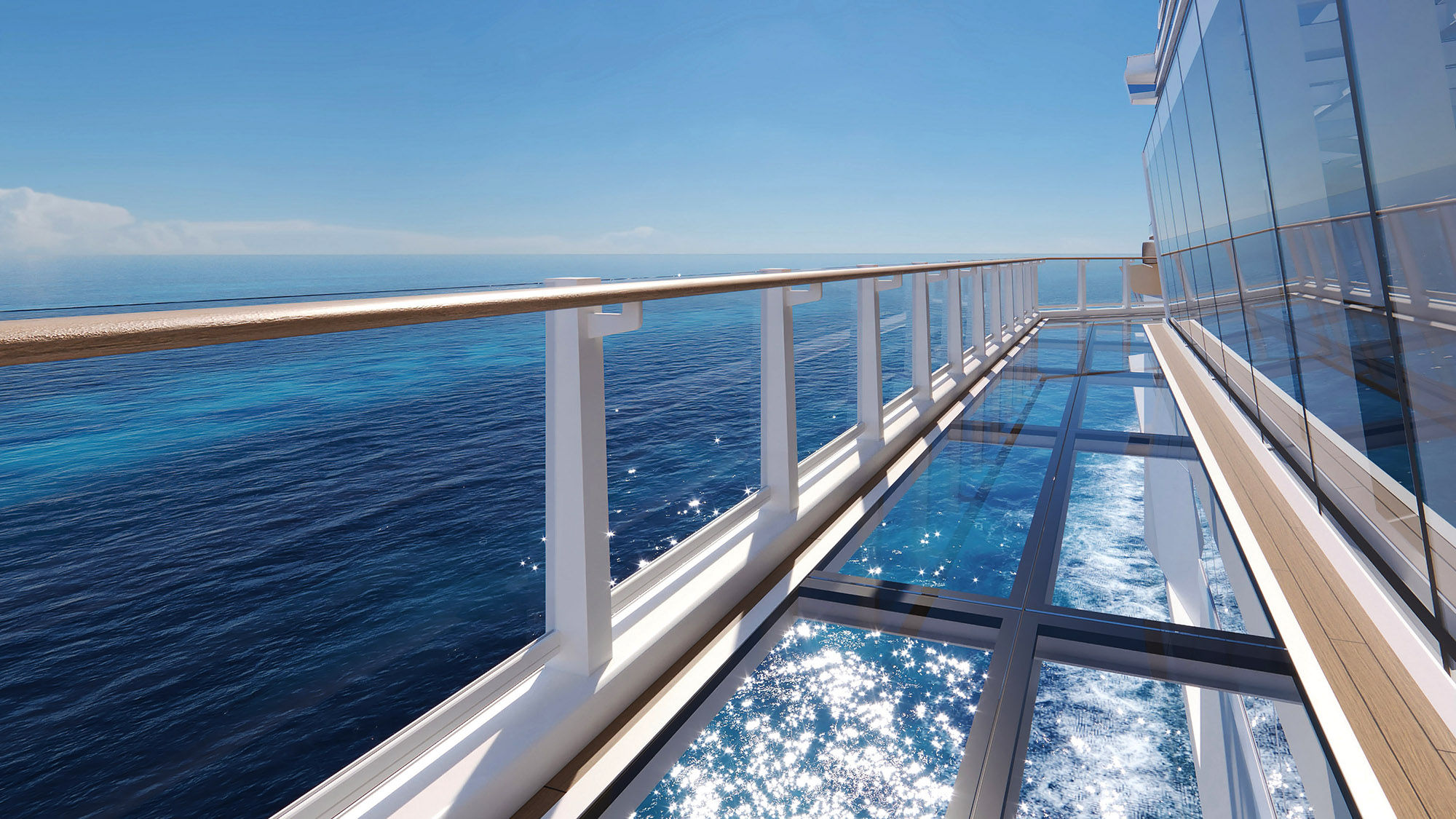 The top place for selfies is at the Prima Speedway, the line’s racetrack that on this ship extends three decks, said Todd Hamilton, the line’s senior vice president of sales, who tracks which spaces have gotten the most social media attention. Another popular spot is standing on a see-through walkway eight decks above the ocean churning wildly below.

“When you’re going 20 knots, it’s actually pretty crazy because the waves are beating against the ship,” he said.

Can Japan’s Economy Get Any Worse? It May Soon Find Out

Colorado has half a billion dollars to fix its mental health system. But first it needs workers.