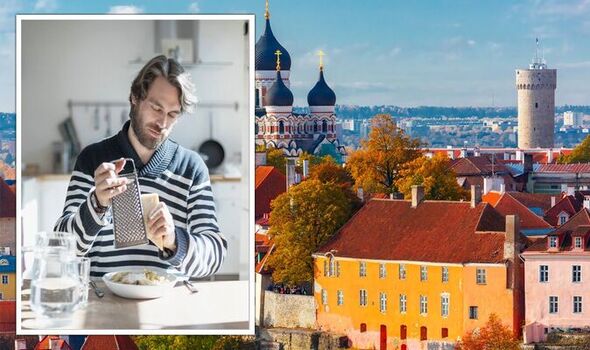 The Expat Insider survey asked expats around the world to rate their home based on several key factors. When it came to Estonia, many expats were very happy.

Estonia is at the forefront of the digital revolution and is home to many startups, including Skype.

Over nine in 10 expats were satisfied with the country’s online services and thought it was easy to manage bureaucracy.

It’s also relatively easy to move there with 80 percent of expats saying they found it simple to get a visa.

However, expats weren’t happy with all aspects of the lifestyle in the small Eastern European country.

One expat said they struggled to cope with the “limited choice of food products” available in Estonia.

Expats felt there wasn’t much culinary variety in Estonia and it was hard to find good restaurants.

Expats also struggled when it came to building a stable social network in Estonia. Around 30 percent of expats thought the local residents were unfriendly.

One expat said: “People are quite hard to approach.” A British expat added: “Estonia’s people are introverted, but not hostile.”

Estonians generally have a more formal way of communicating than in the UK and value people’s personal space.

They are also known for being very respectful of road crossings and will always wait for the light to change to cross.

While there were a couple of challenges to life in Estonia, expats also thought there was a lot to like about the country.

One expat said: “There is so much space for everyone. It is not crowded at all.”

Another expat felt the air quality was very good and loved exploring the country’s nature at the weekend.

Over 90 percent of the expats were happy with the air quality in Estonia, considerably higher than the global average.

Estonia also scored highly when it came to safety and nearly all the expats said they felt safe living there.

Public transport was also highly rated with 97 percent of expats saying they found it very affordable. Around 90 percent of the expats thought it was easy to get around either on foot or by bicycle.

Expats did struggle with Estonian winters which can be very cold and dark. Around a quarter of expats said they didn’t like the climate.

Just a short flight from the UK, it’s easy for British expats to come back to visit family and friends.

Simone Biles Leaves Nike for a Sponsor That Focuses on Women