A pair of swans glide towards the mill as if keen to join the hungry throng at breakfast. They have a regal air about them and a sense of permanence, unlike guests such as us, who arrive one evening and leave sharpish the next morning.

Tuddenham Mill’s sense of permanence is impressive, too.

‘It’s been here for more than 1,000 years,’ says the receptionist. Which might not be strictly accurate, especially as the hotel’s own website says the mill dates back a mere 250 years. 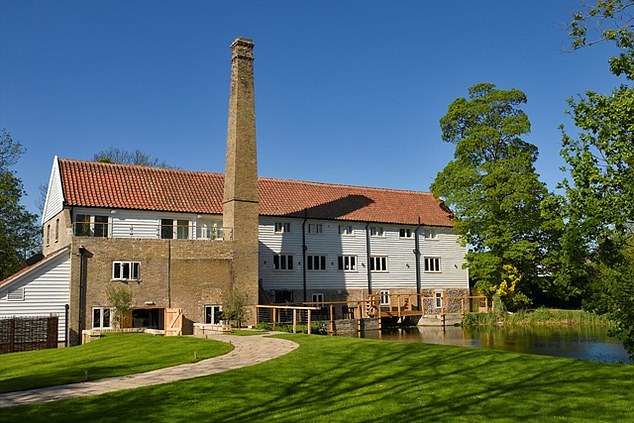 No matter. What’s beyond dispute is that it occupies a pretty Suffolk spot and yet is five minutes or so from the A11.

The mill itself is brick and white weatherboard, with its 53 ft chimney sticking out from the roof and the original wheel inside on show, along with lots of exposed wood beams. Grinding continued until 1954, after which the place fell into disrepair and was soon derelict.

Tuddenham Mill was bought and refurbished by the Agellus Group in 2005. We were here more than ten years ago, shortly after it opened as a hotel rather than a stand-alone restaurant, and are keen to discover how it has developed.

The most striking change is the large tipi beside the stream, serving less fancy food than in the main restaurant on the first floor of the mill building, where a six-course tasting menu costs £75 per person. There are heaters in the tipi but it’s still a little chilly, so we eat in the main bar, opting for the burger, which tastes so rubbery that it might also have been around since the 18th century. 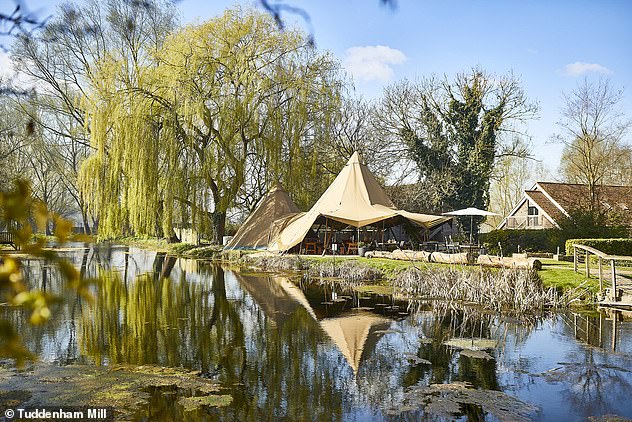 The large tipi beside the stream, above, serves ‘less fancy food’ than in the main restaurant 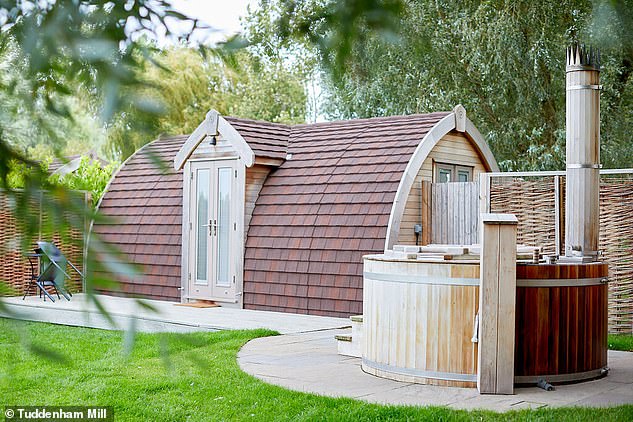 Pictured is one of the ‘meadow nooks’, which has a private terrace and hot tub

Another new addition is the row of seven Scandi-style ‘meadow nooks’, two of which have hot tubs. They look like they belong on the set of Teletubbies.

We’re in one of the Mill Stream rooms and it’s pleasingly spacious, with both a bath and walk-in shower, uncluttered whitewashed floorboards, white walls, a scruffy outside terrace, electric black-out blind . . . and a small decanter of sloe gin.

Breakfast is taken in the main upstairs dining room — a delightful spot as the morning sun fingers its way into the room, although the Muzak is so intrusive that we’re not tempted to linger.

Turkey travel latest: Will Turkey go amber? All you need to know about Turkey holidays