Dominic Raab is to hold a series of diplomatic meetings this week focusing on future engagement with the Taliban after the final UK troops pulled out of Afghanistan on Saturday.

The foreign secretary will host talks with other officials in a bid to find an international consensus on how to deal with Afghanistan’s new regime and to ensure the Taliban stands by its commitment to allow safe passage for foreign nationals and Afghans authorised to enter third countries, diplomatic sources said.

It came as Foreign Office Minister James Cleverly told Sky News it is “impossible” to say how many people are left in Afghanistan who are eligible to come to the UK. 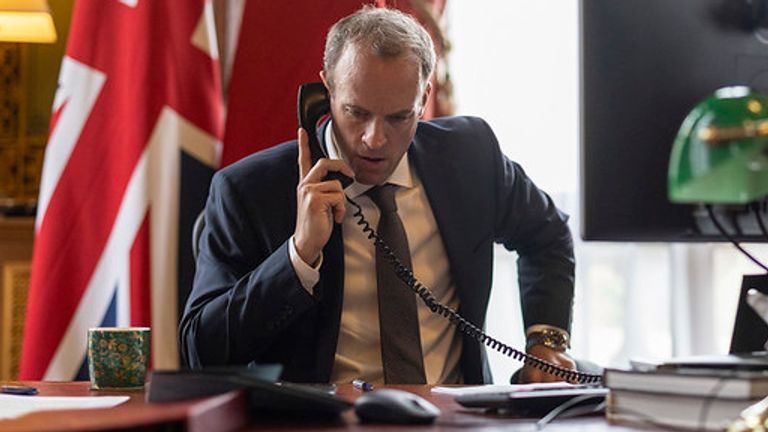 Mr Raab will take part in a meeting on Monday with G7 members, Nato, Qatar and Turkey, the Foreign, Commonwealth and Development Office said.

Ensuring safe passage for foreign nationals and Afghans authorised to enter third countries is likely to be the main focus following a statement from the UK and more than 90 other countries and organisations which said these assurances had been received from the Taliban.

It comes amid fears that the number of Afghans left behind who may have been eligible for resettling is higher than originally thought.

Speaking to Sky News on Monday, Mr Cleverly said the “vast, vast bulk” of British nationals had left the country, but there are also people eligible under the Afghan Relocations and Assistance Policy (ARAP) – which is for people who helped the UK’s forces – and others still there who could be under threat.

“We are going to continue working to get people out who fall into those groups – predominantly now, of course, it will be in that third group – people at risk of reprisals, whether they be high-profile individuals, of religious minorities or others who may be under severe risk of reprisals from the Taliban,” the foreign office minister said. 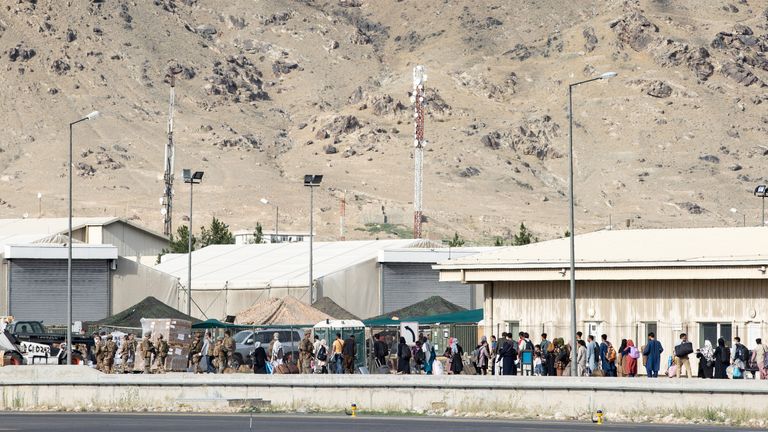 Writing to Mr Raab on Sunday, shadow foreign secretary Lisa Nandy said Labour MPs had 5,000 potential refugee cases in their inboxes and said the government’s figures for those eligible are a “serious underestimate”.

Mr Cleverly told Sky News the UK government hopes to work with the Taliban to ensure the safe passage of Afghans out of the country.

“We will judge the Taliban by their actions. They have made certain commitments about not taking out reprisals on individuals, about facilitating exit,” he said.

“Obviously we are sceptical about those commitments but we will continue working with them to an extent, based on their conduct, to try to facilitate that further evacuation and repatriation effort. 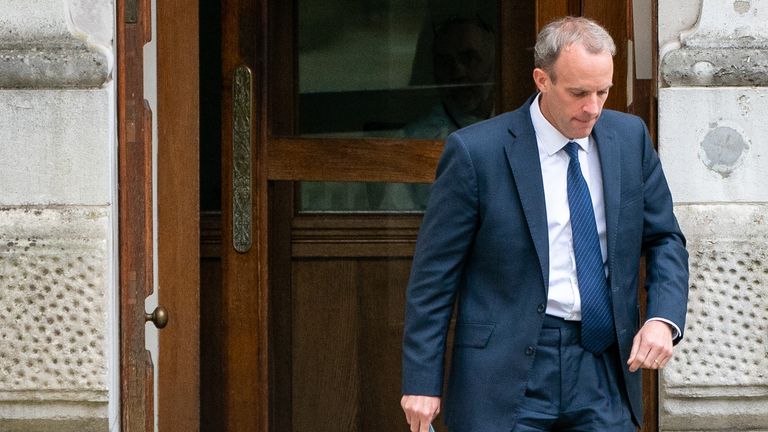 Other topics for the diplomatic discussions are set to include ensuring Afghanistan does not become a terrorist hot-spot and the need to prioritise stability in the region.

The foreign secretary will also emphasise the importance of holding the Taliban to account over human rights promises, diplomatic sources said.

Prime Minister Boris Johnson’s special representative for Afghan transition, Sir Simon Gass, will hold similar talks in Doha while the UK’s UN ambassador will discuss the situation with her counterparts from the four other permanent member countries of the UN Security Council – China, France, Russia, and the United States.

Speaking on Sunday, the PM said the UK will “engage with the Taliban not on the basis of what they say, but what they do”.

“Though we now leave with the United States, we will remain represented in the region,” Mr Johnson said.

“Together with our allies in America and Europe and around the world, we will engage with the Taliban not on the basis of what they say but what they do.

“If the new regime in Kabul wants diplomatic recognition, or to unlock the billions that are currently frozen, they will have to ensure safe passage for those who wish to leave the country, to respect the rights of women and girls, to prevent Afghanistan from, again, becoming an incubator for global terror, because that would be disastrous for Afghanistan.” 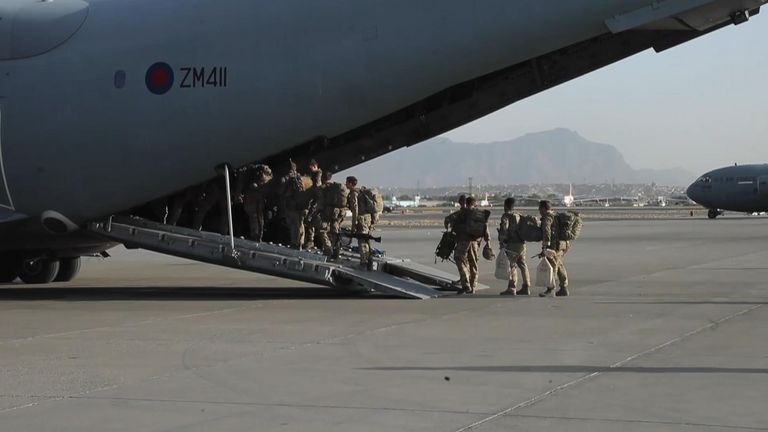 The UK government has faced criticism for withdrawing troops from Afghanistan.

Speaking at the weekend, Conservative chairman of the foreign affairs select committee Tom Tugendhat described the situation as a “sprint finish after a not exactly sprint start”.

Meanwhile, Labour have accused ministers of being “missing in action”.

On Sunday, the last remaining UK troops began to touch down in the UK after leaving Kabul for the last time, ending Britain’s 20-year campaign in Afghanistan.

It followed the departure of the last flight dedicated to the evacuation effort on Friday night.

Under Operation Pitting, the UK evacuated 15,000 people from Kabul in a fortnight – including 5,000 British nationals and more than 8,000 Afghans who worked for the UK and their families, as well as many highly vulnerable people.

Among those fleeing were approximately 2,200 children who have now been lifted to safety – the youngest of whom was just one day old.

It has been the UK’s largest military evacuation since the Second World War.

About 10,000 people have been brought to the UK under the Afghan Relocations and Assistance Policy (ARAP), which is double the number anticipated this year.